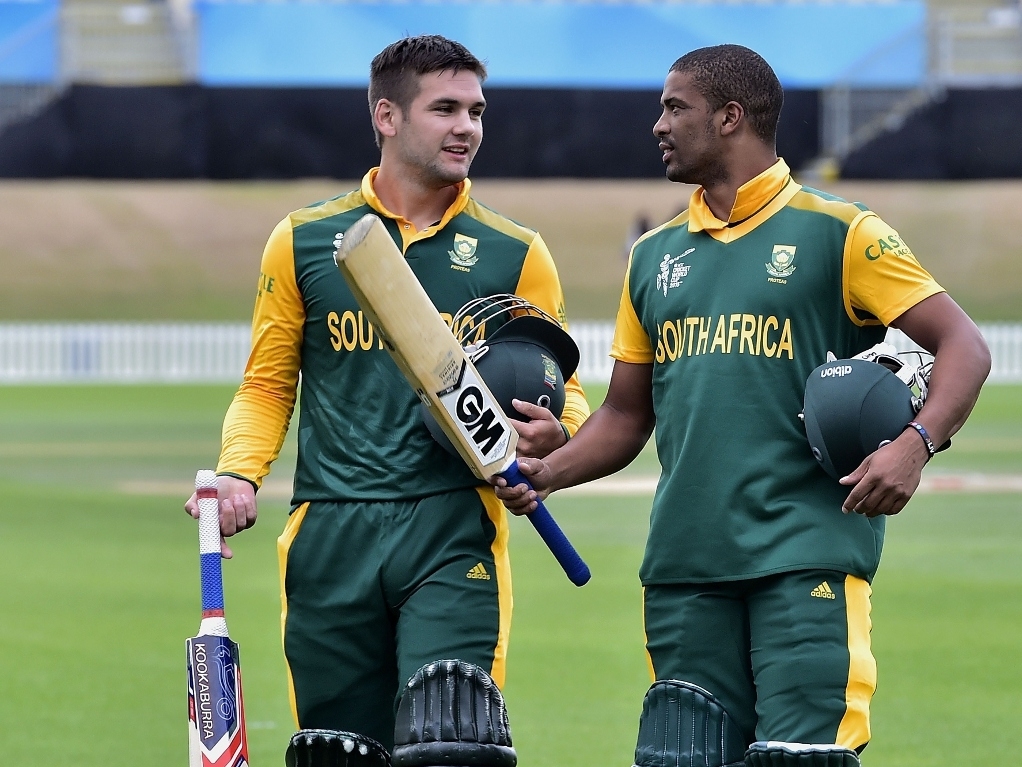 South Africa beat Sri Lanka by five wickets with three balls to spare in a rain-affected World Cup warm-up match at the  Hagley Oval in Christchurch on Monday.

Sri Lanka, who were put in to bat by stand-in Proteas captain Hashim Amla, were on 279 for seven after 44.4 overs before rain came down and brought a premature end to the innings.

Opening batsman Tillakaratne Dilshan scored a brisk century off only 83 balls which included 15 fours and one six. He was ably supported by captain Angelo Mathews who made 58 as the Islanders posted a competitive score.

The pick of the bowlers was seamer Kyle Abbott who returned pleasing figures of three for 37 in just under seven overs.

South Africa, chasing a revised a revised target of 188 in 25 overs, got off to great start as openers Quinton De Kock and Amla, who was captaining the side because AB de Villiers was nursing a tight hamstring, put on 116 for the first wicket inside 15 overs.

Sri Lanka fought their way back into the match as the Proteas slipped to 167 for five, with both openers back in the hut. Left-arm spinner Rangana Herath was the chief destroyer taking three for 22 off his five overs.

After a few nervous moments, the Proteas got over the line half way through the last over with Rilee Rossouw and Vernon Philander the not out batsmen at the crease.

Abbott said after the match: "We came into the warm-up games with a fairly open mind to get guys out in the middle but as soon as the game got to a tight stage, it was amazing how you could feel the change room shift.

"We were counting down every run. It was so good to get some competitive cricket out of a warm-up game which can drift and become quite boring. The guys were behind every run and we wanted to win it as much as any other game."