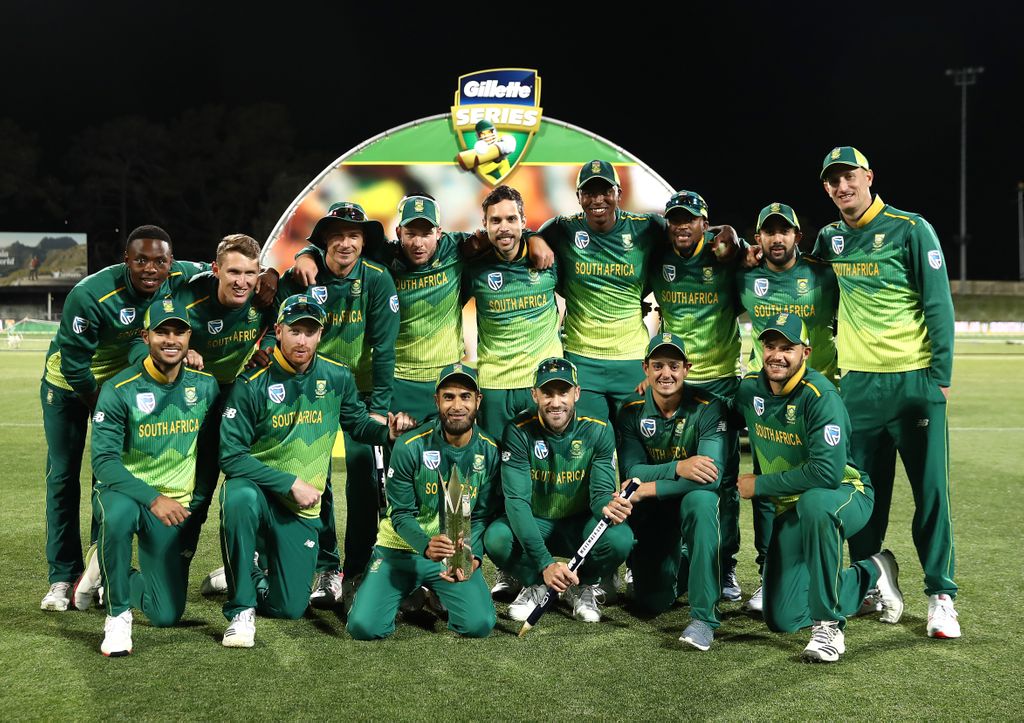 The Proteas have issued a statement on the team’s stance on Black Lives Matter and issues related to systemic racism in South African cricket and the wider sporting world.

South Africa and England will not ‘take a knee’ ahead of the six limited overs internationals they will play in November and December, instead they will wear black armbands to honour those lost in the fight against COVID-19 and victims of Gender Based Violence.

The statement reads: “Over the last six months, the Proteas team has engaged with honesty, empathy and vulnerability in exploring together what anti-racism work looks like and why this work matters so profoundly in this cultural moment.

“We are committed to continuing to do this work together. The team firmly believes:

“Earlier this year, in the 3Team Cricket (3TC) exhibition match on 18 July we (the players) took the opportunity to show solidarity to the BLM campaign by taking the knee before the start of play. The decision to do so was unanimously taken by us and supported by CSA. Many of us, as well as those who did not take part in the 3TC match, also took the opportunity to express our support for BLM on our personal platforms on social media and in interviews with the media.

“As a team, we have unanimously chosen not to take the knee at the upcoming matches, but to continue to work together in our personal, team and public spaces to dismantle racism. This decision was taken by the team collectively, after deep dialogue and attentive consideration. This is not a decision compelled on us by either our management or our coaches. Let us be clear, our team decision on not taking the knee does not indicate that we do not care about racism, racial equality, or justice. Now, more than ever, we are committed to this work.

“Likewise, the actions and decisions we take as a team, have impact on the country as a whole. We do not take this responsibility lightly. We ask in turn that our wider community honours the process we have engaged in over the last six months, the hours of rigorous conversation and dialogue we have had with one another, the many workshops we have participated in sharing our stories, our experiences and our opinions, and the ongoing commitments we have made to continue this journey. This work has been honest, vulnerable, and personal. We are building commitments to one another and demonstrating ways of engaging that we simply never have before as a team. We are building a team culture based on open and frank conversations, creating real and sustainable change, as well as embodying our team values of Belonging, Empathy and Respect.

“We respect the right of the media to hold the team accountable as citizens. We ask though that in doing so the media not threaten the journey we have embarked on, the trust we have built, and the work we are doing by sowing contention around our decision.

“On 11 November, President Cyril Ramaphosa announced that South Africa would embark on five days of national mourning for the victims of Gender-Based Violence (GBV) and COVID-19. We, the Proteas, have taken the decision to answer the call by wearing black armbands during our next games, which fall during the 16 Days of Activism Against Gender Based Violence. This is an act of solidarity in response to a particular issue that the country is focussing its attention on during the next two weeks.”