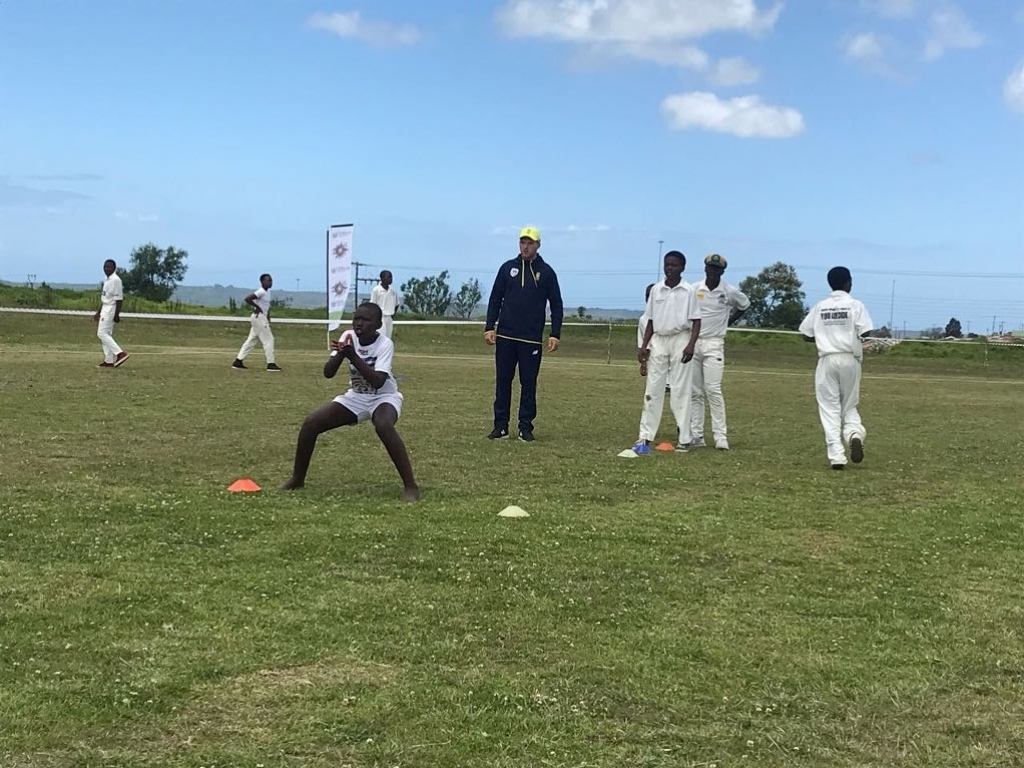 Young cricketers from the Mdantsane Hub received a once-in-a-lifetime coaching experience from the Proteas in East London on Friday.

The clinic was attended by nearly 50 cricketers from across the region, bringing excitement and fanfare to the home of former Proteas fast bowler, Makhaya Ntini.

The Hubs and RPCs (Regional Performance Centres) have been instrumental in transforming the cricket landscape and changing lives by bringing through young talent from townships and rural areas since their inception three years ago. Many youngsters from these programmes have made junior provincial sides or have received bursaries at so-called traditional cricket schools over the last three years.

“ We don’t often have time to spend with some of our biggest fans so today has been a fantastic experience,” Proteas batsman, Temba Bavuma said after the coaching clinic. “ We are in the rural Eastern Cape but cricket is thriving, everyone here is so excited about the sport and the Proteas, hopefully we will have some future stars coming through from this Hub.

“We had players like Makhaya Ntini, who is from here, to look up to while growing up, we hope that we can be role models to many of

these aspiring cricketers. These Hubs around the country are going to do a lot in exposing grassroots talent and making sure that cricket is played in every corner of the country.”

Mfundo Gege, Hub head coach and administrator at Mdantsane, says the outing will be motivation for the players to strive harder for their goals and dreams. He has been in charge of the Hub since the programme was started in 2014, and is optimistic about the talent coming through in the Eastern Cape.

“Today we had an historic event,” he said. “ We had the Proteas here hosting a coaching clinic, that has never happened before. We have our KFC mini-cricket kids, our U13 and U19 girls, as well as our U15 boys in the nets. For us it has been an opportunity for our players to receive advice and encouragement from their heroes. We hope that the youngsters will take inspiration and realise that it is possible for them to one day play  for South Africa.

“ We are delighted that they have taken time out of their busy schedule to make a difference in the lives of many of their fans. This will be big motivation for the young players going forward, especially to see the players in the flesh and not just on TV, they will realise that hard work will take them to great places.

“ These kids come from very poor backgrounds,” he added. “ For them to be able to interact with a Bavuma or Adrian Birrell, it shows them that they are not that little. This is going to boost their self-confidence and motivate them going forward.”

The Proteas are preparing for the third ODI against Bangladesh taking place at Buffalo Park in East London on Sunday. Play will start at 10h00 local time.