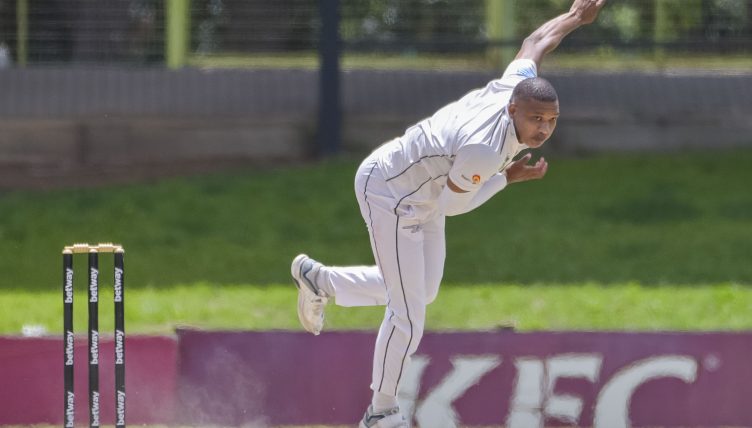 Seamers Daryn Dupavillon and Ottneil Baartman have been included into the Proteas Test squad for the two-match series in Pakistan. It is the former’s maiden Test call-up and the latter’s first national team inclusion.

South Africa’s historical tour to Pakistan will see them play in the country for the first time in 14 years, from 26 January to 14 February 2021. The Test series in Karachi and Rawalpindi will be followed by three T20 internationals in Lahore.

The 21-strong squad includes the majority of the players that were originally named in the home Test series against Sri Lanka. The attack is strengthened by the returns of Kagiso Rabada and Dwaine Pretorius – both of whom are fully fit to play – with a spin-bowling boost in the inclusions of Tabraiz Shamsi and George Linde.

Oudtshoorn-born Baartman boasts 82 First-Class wickets from 28 matches with best bowling figures of 14/95 at an average of 26.84. His franchise teammate Dupavillon, has 59 First-Class matches under his belt, with 189 wickets to his name and best bowling figures 11/104 at an average of 23.88. The pair, if given the opportunity to play, will be exciting players to look out for.

“As a selection panel, we are very excited to see how the tour of Pakistan will pan out for the players we have chosen,” commented Convenor of Selectors, Victor Mpitsang.

“We are confident in our selections and believe in rewarding good performances both on and off the field, which is why we have gone with the core of the group that was selected for the Sri Lanka home series.

“Considering that the conditions that will be faced are largely unknown to the South African team, we wanted to strengthen the attack with the skill sets that Tabraiz Shamsi and George Linde have to offer, while giving players like Daryn Dupavillon and Ottneil Baartman an opportunity after making strong cases for themselves in recent seasons,” Mpitsang concluded.

Those players selected for the Test squad who form part of franchise teams for the Momentum One-Day Cup fixtures coming up in the next few days, will still take part in the competition. The contest has been moved into a Bio-Secure Environment (BSE) in Potchefstroom.

The squad will depart for Pakistan on Friday, 15 January, followed by the T20 squad at a later date. The teams will travel commercially and enter into a period of quarantine in Karachi before commencing with training and intra-squad practice matches.