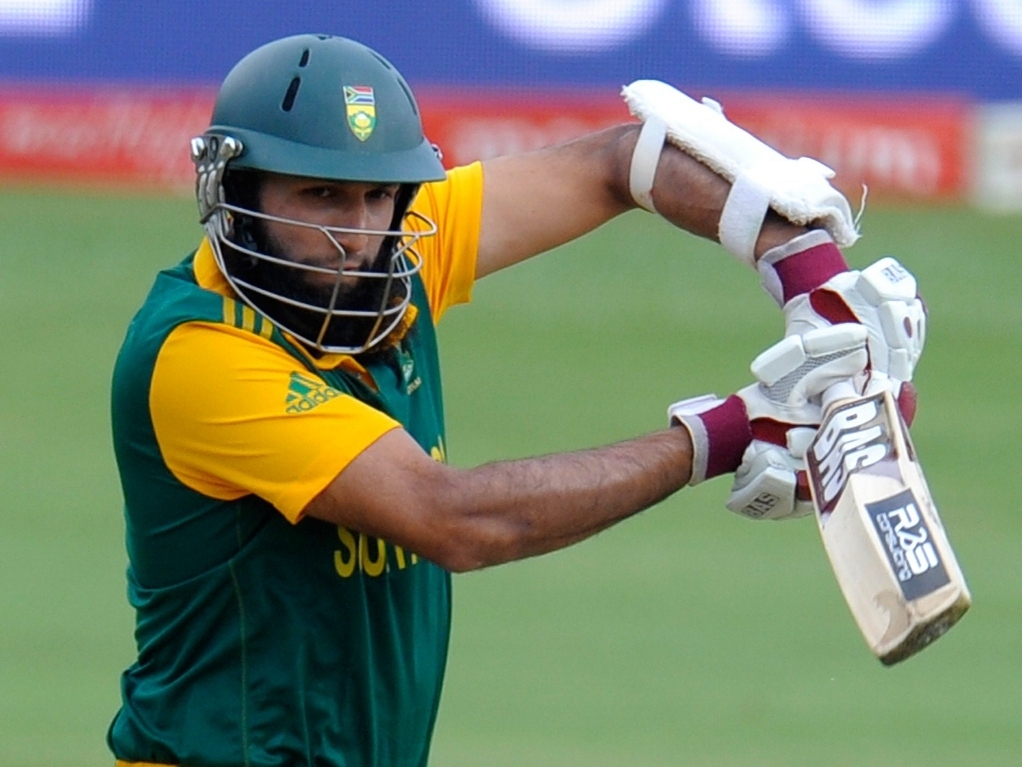 The Proteas recorded a comprehensive four-one win over the West Indies in their completed ODI series, winning the final match by a whopping 131 runs, and making sure they get on the plane to the Antipodes full of confidence.

While the hosts were always expected to win the series, they will be especially pleased by how well the top order did, especially some of the newer players who had question marks hanging over them.

This is a tricky one. At one stage it looked like the opener was headed for more disappointment, given his sixth international duck in the opening match. "Oh heavens, what were the selectors thinking?!" everyone wondered. Then he scored his maiden international ton at the Wanderers, in that game full of runs. Then he added two single figure scores after that, and hopes plummeted again. But in the final game he recorded his second ton of the series, and his top score, to make him the 'all or nothing' kind of batsman all fans support with one hand over the eyes. Hopefully for the Proteas it'll be more 'all' and less 'nothing' Down Under.

Like a boffin who gets 120 percent for maths, Amla has surged past the maximum. He made the most runs in the series by nearly 200 runs, and even sat out a game (the one the Proteas lost). He scored at least a half century in every match he played, and his 153 not out at the Wanderers became his best ODI score. It's not his fault bladdy AB overshadowed him. In the final match he made 133, and he and Rossouw again put on a record ODI partnership, as they had in Joburg. We'll eat our hats if the Mighty # is not in the top five run-getters at the World Cup.

After making a century in the T20 series, which went in vain, Faf seemed to lose his way a bit in this series. His lone decent score in five knocks was an unbeaten fifty in East London, and there was zero pressure on him as the Proteas needed only 123 to win. Still, he'll be eager to get back Down Under, where he has enjoyed much Test success since his marathon knock in Adelaide in 2012. If we're honest, his ODI stats in Australia and New Zealand are not great, with just two fifties in 10 matches there. Here's hoping!

Even if the skipper had scored three ducks out of the four innings he played, he would still get a high mark as his century at the Wanderers has become the stuff of legends. Dressed prettily in pink, De Villiers demolished record after record in the second ODI. His fifty came off 16 balls (record), his ton came off 31 balls (record), and he hit 16 sixes (tied record). If he'd made his 150, it would have been a new record too. Even Chris Gayle was in awe, doing the 'I'm not worthy' bow to De Villiers as he left the field. Fans around the globe are quivering in excitement to see him in Oz, and who knows, maybe he can join the exclusively Indian double ton club?

It was Miller Time in a sense that the poor lad got a hangover for his efforts. His maiden international century, having rescued the batting so well, went in vain in Port Elizabeth in the only game the hosts lost. It was a lovely knock though, as was his 70 in the first match in Durban, as he finally started to show his promise wasn't a mirage. He got some time in the middle, and rewarded his supporters as a result. Fortunately for the Proteas, even when he failed, there were others to score the runs, and he'll hope to be one of the saviours on the good batting decks at the ICC showcase.

The all-rounder came back from injury and played all five games, though he only batted three times. He was largely invisible though, making his top score in the PE defeat. He'll hope to get his timing back by the time they fly, as well as his wicket-taking ability. He went wicketless three times in the first four games, and like with his batting he only tasted success in the defeat, taking two wickets. All this being said, he is crucial to the balance of the side, and his experience will be vital at the World Cup, not to mention his excellent fielding and nippy running between the wickets.

Oh Fudgy. The all-rounder did not cover himself in glory in this series, and continued to frustrate fans who didn't understand his selection in the first place. One imagines the selectors were trying to give him every chance to prove his worth and grab a World Cup starting spot, but in three knocks he failed to get into the teens. In fact, he's probably picked as a golden-arm bowler these days, even though his military medium is quite costly.

The man without a mirror was another dubious choice, according to fans, but unlike some other, he did impress in his primary role, as bowler. He only played two games, but was relatively economical and in the fifth match he impressed with four wickets in two overs. He will need to maintain that control and consistency if he's to avoid a drubbing Down Under.

Big Vern is considered an all-rounder in this side, but he didn't get a chance to show that. He batted only once, scoring a paltry four, but made up for that with his bowling. Often mistaken for a Test specialist, he took three-fers twice, and in the second ODI was a bit expensive for his two scalps. The third game was his zenith though, removing both openers for single figures as the Windies collapsed for 122. The pitches Down Under will suit him well, with his trademark swing a real threat in Pool B, the less strong section.

The Phalaborwa Express was extremely economical in this series, never giving away more than 29 runs in the three games he played. That ensured his very low average, and his best wicket-taking effort came in the opening game in Durban. He bowled only 5.2 overs but took three wickets, as the Proteas enjoyed the return of their premier bowlers. Steyn is set to be one of the players to watch this month and next (ED – Sunday is 1 Feb) as his seven wickets in three games late last year against the Aussies showed.

Not the best series for Morras… Maybe it was newlywed bliss that clouded his brain, but the paceman was not firing on all cylinders in the four games he played. He failed to take a wicket in the first game, and was relatively expensive in the others, but was still a decent partner for Steyn and Philander, if we're being generous. He'll hope to rectify his wobble in form before playing in front of his new wife's countrymen in Oz.

The much-maligned leg-spinner was the pick of the Proteas bowlers overall, both in terms of wickets taken and also economy rate. While Tahir's Test reputation is rock-bottom, he is a valuable limited-overs player, as he showed here, and will likely show in Australia. His best effort came in the third ODI, taking four for 28, and his celebratory run to the ropes has made him a fan favourite. Of course, he could be smashed around the big Antipodean parks if he strays off his line, but given he's often underestimated, wickets could also flow.

The wicketkeeper-opener returned to the side for the final match, having been injured and seemingly unlikely to feature. The hype proved unfounded though, as he lasted just seven balls, top edging a short ball early on. Still, it was a tough ask to return so soon after surgery and go all out, so he'll be pleased for the extra rest. Fans will be happy to see him fit for the World Cup though, and so will AB de Villiers' aging lower back! If he suffers a setback Down Under, Morne van Wyk is still on stand-by.

Van Wyk came into the series on the back of a maiden international century, scored in the T20 series, and would have hoped to impress further given De Kock's absence. But he failed to take advantage, and played just the one game in PE, which the Windies won. He will look to keep his eye in with a few net sessions, and keep his passport handy, on the off chance that De Kock reinjures his ankle.

One wicket in two games wasn't the best haul for the spinner, thought he did go into the series without much match practice after a finger injury. He was a tad expensive, and the pitches he's facing aren't really more suited to him than these were. Risky.

The Dolphins man will be disappointed with his efforts in the two games he played, as he didn't look suited to the format. He was given some tap, though did remove Chris Gayle at Centurion as a highlight. A drinks carrier for the most part.

The lanky paceman only played in the final match because Philander had a bit of a groin injury and they didn't want to risk him. Still, De Lange wasn't bad, and took the wicket of tail-ender Carlos Brathwaite. He isn't in the World Cup squad.