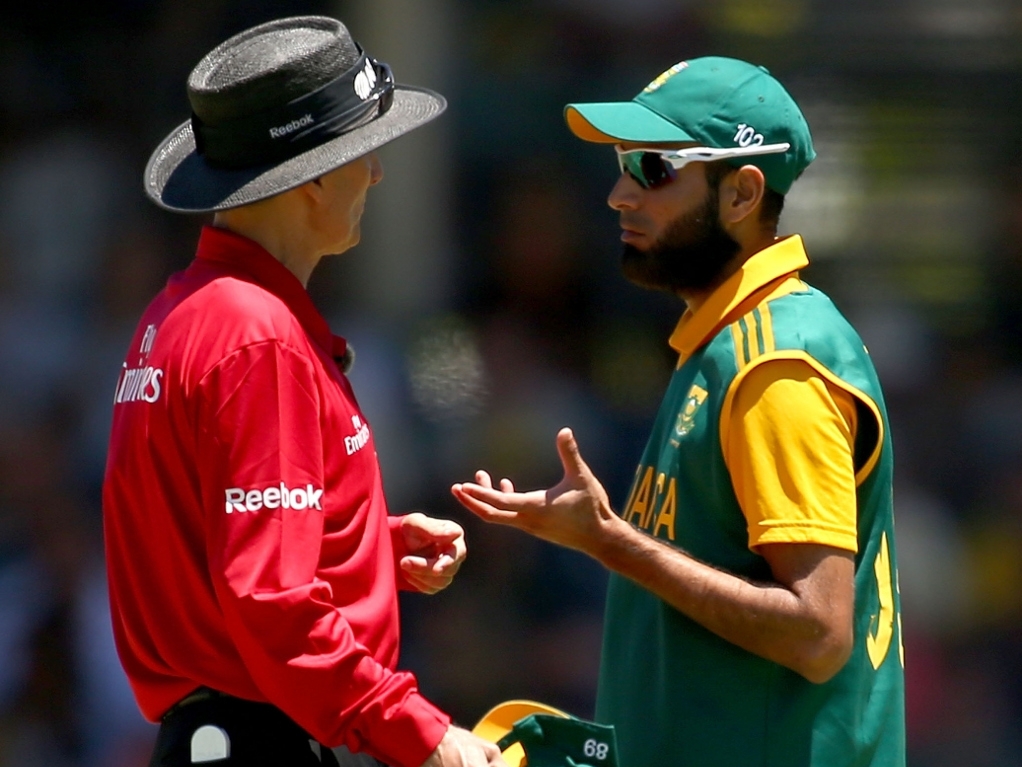 South Africa spinner Imran Tahir has been found guilty of a breach of the Cricket South Africa (CSA) Code of Conduct and has been suspended from the Sunfoil Series match between the Dolphins and Warriors to be played at East London from January 8 to 11.

He was charged for an alleged breach of clause 6.3.1 (a) of the Code of Conduct during the Sunfoil Series Match – Dolphins versus Warriors played on 18 to 21 December 2014 in Pietermaritzburg – for showing serious dissent at an umpire’s decision.

He pleaded guilty to the charge and did not attend the hearing.

"The evidence of the Match Report is, therefore, not in issue and the complaint is established," commented CSA Disciplinary Commissioner, Professor Rian Cloete.

"I find Mr Tahir guilty of a breach of clause 6.3.1 (a) of the Code of Conduct in that he showed serious dissent at an umpire’s decision.

"After careful consideration of the facts and the concerns raised, it is held that this disciplinary body has no authority to suspend Mr Tahir from playing in the upcoming T20 international matches against West India on the 9th and 11th of January 2015, and I am satisfied that the appropriate penalty in respect of this offence, which is a level 2 offence, is a suspension for one four-day match.

"Accordingly the following order is made: Mr Tahir is ineligible for selection for the forthcoming Sunfoil Series Match against the Warriors due to be played from 8 to 11 January 2015 in East London."