Proteas survive scare to down Zim in WC 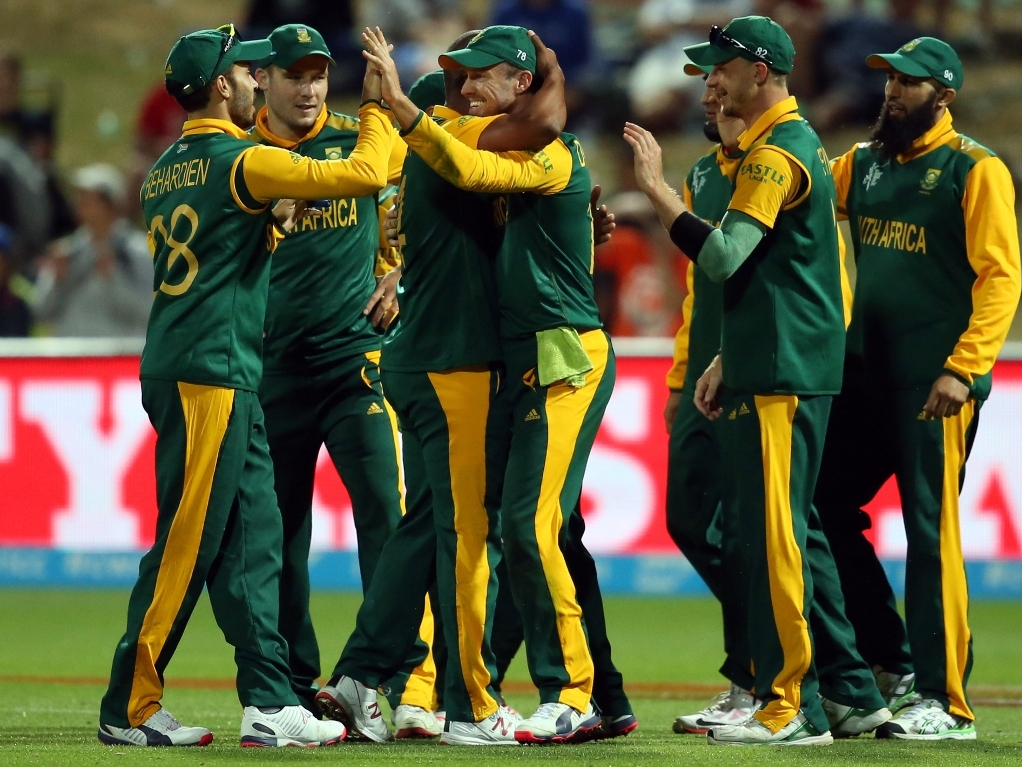 South Africa survived a scare, with both bat and ball, but ultimately did enough to run out comfortable winners, by 62 runs, against Zimbabwe in their opening match of the World Cup at Sheldon Park in Hamilton on Sunday.

An unbeaten world-record partnership of 256 for the fifth wicket between David Miller and JP Duminy helped the Proteas recover from a precocious position of 80 for four to post a commanding 339 for four at the end of their 50 overs.

Miller and Duminy came together in the 21st over of the innings after the loss of Quinton De Kock (7), Hashim Amla (11), Faf Du Plessis (24) and skipper AB de Villiers (25), and were content to, at first, just knock the ball around in the gaps looking for singles and two's.

The pair set themselves up nicely to launch at the end of the innings, and launch they did. They smashed close to 150 runs in the last 10 overs, with Miller taking a mammoth 30 runs off the 48th over, bowled by Solomon Mire, including three sixes and three fours.

After starting their innings so well with the ball, the Zimbabwe bowlers lost their lines, and lengths, to completely implode in the final overs of the innings.

Leg-spinner Tafadzwa Kamungozi was the only frontline bowler to come away with any credit, claiming respectable figures of one for 34 from eight overs, claiming the prized scalp of De Villiers.

In pursuit of the 340 run target, Zimbabwe made a good fist of it. They were 191 for two in the 31st over, looking well on track to cause the first upset of the tournament, but the wicket of Hamilton Masakadza, batting at number three, for 80, necessitated a collapse of the middle-order.

Masakadza was well supported by opener Chamu Chibhabha, who made a composed 64, as the pair put on 105 for the second wicket. Both batsman fell to leg-spinner Imran Tahir, who bowled with control and guile to finish with good figures three for 31 from his allotted 10 overs.

Brendan Taylor, batting at number four, tried to keep things going for Zimbabwe, scoring 40, but in trying to keep up with the run-rate, they lost wickets at regular intervals to be bowled out for 277 in the penultimate over of the innings.