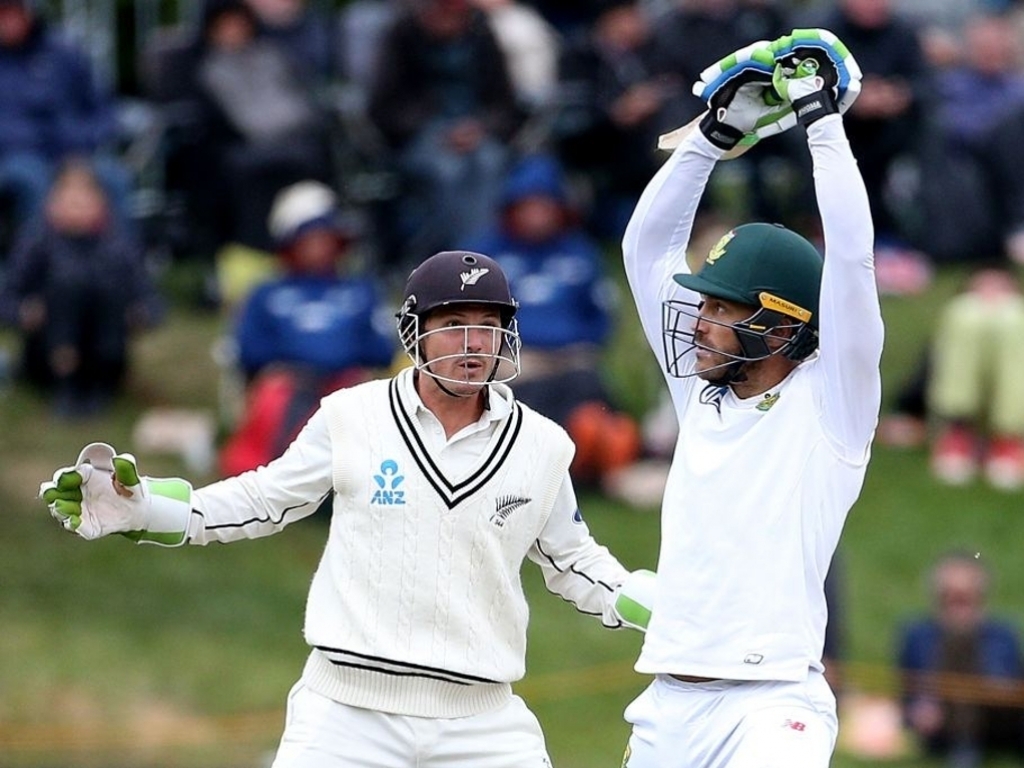 The Proteas will take some positives from the drawn first Test match against New Zealand at the University Oval in Dunedin on Sunday.

Persistent rain washed away a well-poised fifth day without a ball being bowled on Sunday, leaving both teams lamenting the various possibilities that could have transpired if the 95 overs had been played.

Proteas captain, Faf du Plessis, feels his team was in a favourable position to enforce a result, and says the opportunity for his players to shake off some pre-tour cobwebs will bode well for the second Test match starting at the Basin Reserve in Wellington on Thursday. Dean Elgar was named as the man-of-the-match for his match contributions of 140 and 89.

“There was a lot of work over the four days that happened for both teams,” he said after the match on Sunday. “When the day, especially a Test match, finishes the way it did, it’s very frustrating. From our position, we felt that yesterday was tough, there was a lot of grafting, but we got ourselves into a position where if today was a full day of cricket with New Zealand being one seamer down and one of their main batters out of the team we fancied our chances. It’s disappointing from that point of view.

“In general to get the first Test out of the way for the guys who haven’t played in a while,” he said of the positives. “Someone like Dean coming in and scoring some runs was good. Getting rid of those cobwebs was good, to get the guys going again. I feel we are always very good once we get that engine running, we are looking forward to that second Test match with the guys playing a bit of cricket.”

Both captains feel it was ‘honours even’ after four days of intriguing cricket, with both teams putting in strong performances throughout the match. Du Plessis says the team will take some pointers from their opponents – particularly facing the two spinners Jeetan Patel and Mitchell Santner –  going into the second match, and will be prepared for the change of conditions and changes to New Zealand’s squad ahead of the second match.

“It’s a fair call,” he said. “We were 190 runs ahead on a wicket that was spinning quite a bit. Purely on the match position, if we got 50 more runs, a 250-run lead in 60 overs we would have fancied our chances for a draw or for the win, a loss would have been out of the equation. That would have been a good position to be in.

“From their (New Zealand) side, if they bowled us out early this morning, chasing 200 in 80 overs would be doable,” he added. “We felt we were capable of getting another 40 runs. From a Test match perspective, both teams played some really good cricket. We did right and wrong things so we were 50-50 after this Test match.”

The squad will travel to Wellington on Monday ahead of the second Test starting on Thursday.