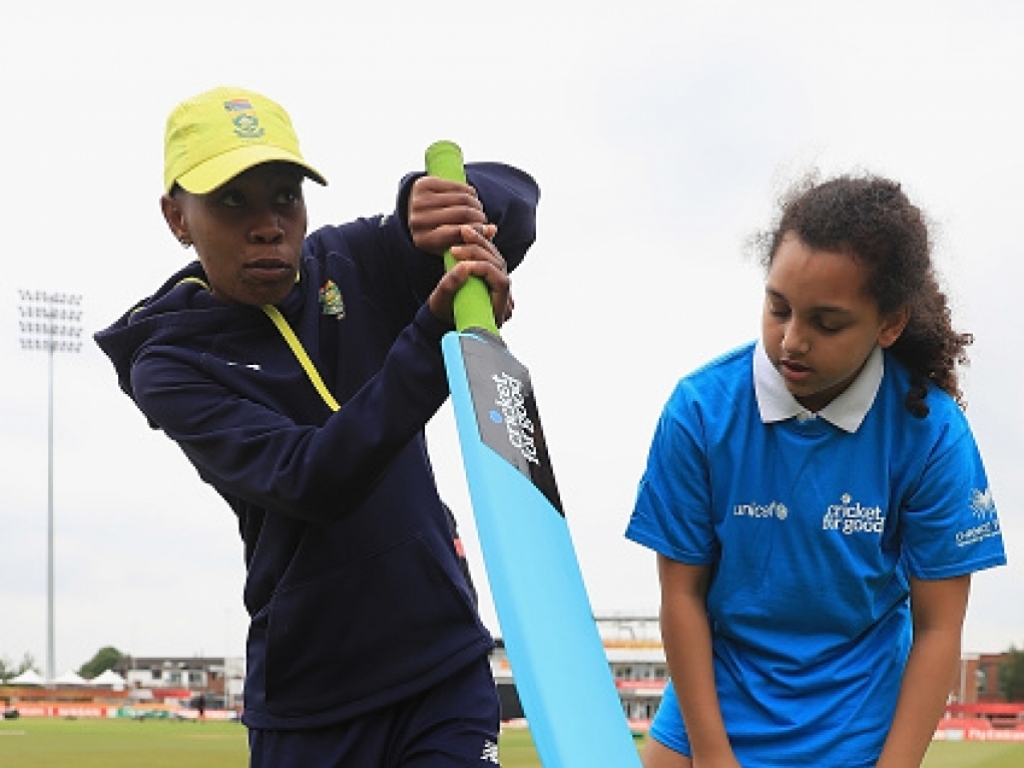 The 2017 ICC Women’s World Cup did more for the women’s game than just reach the consciousness of the South African public, it also inspired youngsters, Raisibe Ntozakhe and Nadine de Klerk to want to continue to work hard in order to remain a part of the Proteas set up.

The pair had only made their respective debuts during the Cricket South Africa (CSA) Women’s Quadrangular series which included India, Zimbabwe and Ireland in Potchefstroom in May of this year, when they were drafted into the World Cup squad.

While they did not get an official World Cup cap, the experience of the tournament from the side lines and the lessons taken in by observing the senior players go about their business inspired them to want to do more.

“I knew coming into this World Cup that I probably wouldn’t get a game, but the learning opportunity alone was more than worth it,” Notzakhe said.

“I would wake up and still pinch myself just to check that this is real, I am in England at the ICC World Cup. It’s been the highlight of my career and maybe even my life so far.”

Ntozakhe announced herself to the international scene loudly when she took three wickets for just eight runs on debut during South Africa’s opening Quadrangular match against Zimbabwe.

She and Shabnim Ismail took eight wickets between them to secure victory by eight wickets against the neighbours in a series that was eventually won by India after beating the hosts in the final.

The youngster says that that series opened her eyes to the gap between provincial and international cricket. She admits that she had to raise the bar to international standards and it took some getting used to.

“Provincial cricket is competitive in South Africa, but once you step into the international arena, it’s a whole different ball game,” she continued.

“I really enjoyed the challenge but I must admit that I had to pull out all the stops to align myself to the standards of the team. They are a serious act to follow. I learned that even more at the World Cup.

“Watching my captain, Dané (van Niekerk) do her work has been so inspiring. She makes me want to do better and to push and work harder.

“She’s definitely my role model. When someone takes four wickets for none and still comes back to the changeroom as says ‘I could have done more,’ you can’t help but admire that person and their work ethic.

“It’s definitely made me want to push harder and do better and now that I’m home, I’m not gonna sleep, I’m gonna push so that I can stay in this team.”

The 20-year-old from Alexandra township in Johannesburg also found inspiration from coach, Hilton Moreeng, whom she says spent an extended period of time discussing the team’s game plans and talking her through each match that the team played.

“The man is just incredible,” she gushed. “He knows cricket like the back of his hand and I’d sit next to him and he’d tell me about certain situations in the game and I’d be shocked when it goes down exactly the way he predicted.

“Getting to know him and sitting with him during games made me know the game better and now I know it’s not only about being on the field and doing all those things, there’s a role to be played off the field and there are lessons to be taken even while sitting on the side lines and observing.”

Seventeen-year-old Nadine de Klerk echoed Ntozakhe’s sentiments, expressing her gratitude for being at the World Cup and learning the amount that she did from the senior players and coach, who took time to explain their processes and help her with her bowling during practice sessions.

“Sitting on the side lines was a big lesson to learn, it wasn’t easy because there was a lot to do, like making sure the players stayed hydrated on the field and also sitting and talking strategy with the coach on the side.

“It was tense when the games were tense and watching how some of the team handled the pressure taught me a lot. I’ve taken a lot home with me,” she said.

De Klerk most notably sites the way that the team dealt with pressure situations as the biggest lesson that she has taken away with her and would like to emulate that and win matches for her provincial side, Northerns.

“Going into the semi-final and fighting like that was never easy and I would just like to learn how to do that and win games for my province and my country,” she continued.

“The way everyone chipped in and bowled throughout the tournament was something to admire. I’m not joking when I say that this is the best bowling side in the world.

“They are ruthless and extremely strict in how they prepare and for someone like me coming in brand new, it was intimidating but mostly inspiring. I want to have a work ethic like that.”

With the tournament now over, having being won by the hosts, England, the pair are looking forward to seeing a lot of change in the way that women’s cricket is viewed in South Africa because of the team’s performance.

Both are excited to hit the ground running in order to maintain their place in the team.

“You’ve got to put in the long hours if you want to stay in a set up as professional as this,” Ntozakhe continued

“The camp is a well-oiled machine and everyone knows their role and where they fall in. The work ethic is something to aspire to and I’m going to work hard to make sure that I stay here.”

De Klerk, who has to balance cricket with high school demands, has been inspired to work even harder to make her school and community proud.

“My school (Hoërskool Waterkloof in Pretoria) have been so supportive and I’m excited to be back and show what I’ve learned.

“It’s time to again balance the school books with the cricket, but after my experience at the World Cup, I’m going to work extra hard on the cricket to make sure that I don’t lose my place. It’s not every day that someone as young as me literally gets to live their dream.”