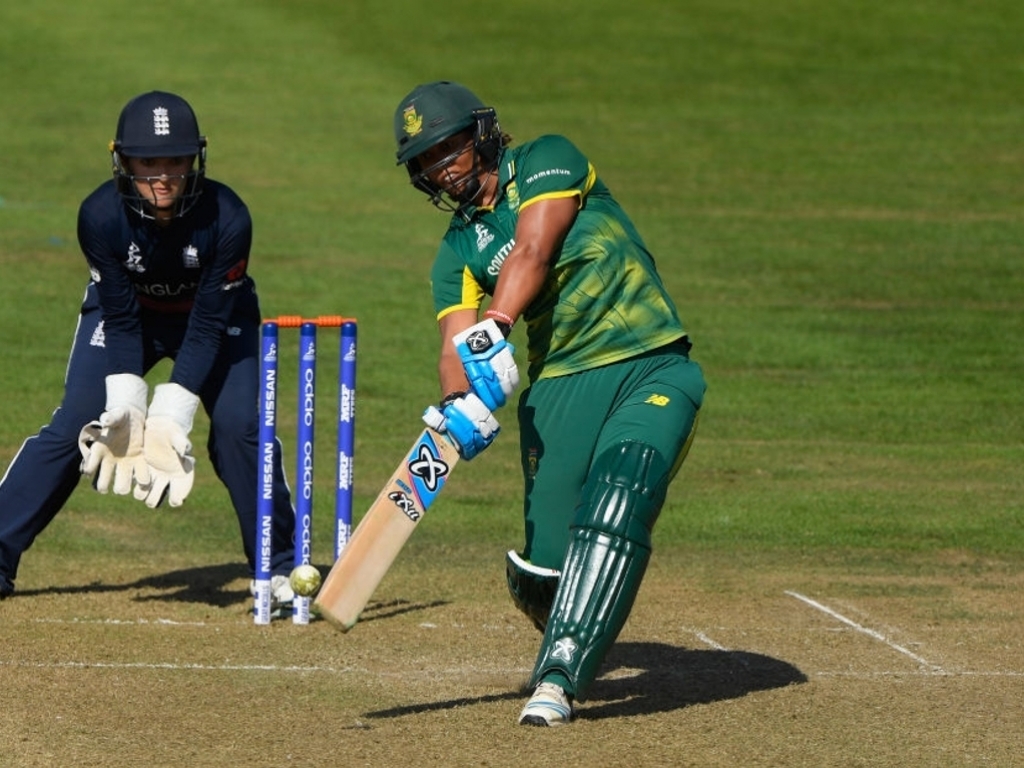 Chloe Tryon says the Proteas are ready for their must-win match against so-far unbeaten India when the two meet at Grace Road for the 18th fixture of the ICC Women’s World Cup in Leicester on Saturday.

South Africa, who are currently fifth on the tournament log, have two wins under their belt (against Pakistan and West Indies), a rain-abandoned match versus New Zealand and most recently, a loss against England. Tryon was disappointed to have lost to the hosts, but says the team have put that match behind them and will take the positives thereof into their next assignment against India.

“It was a disappointing loss for us, but we fired really well in the batting department,” she said. “I felt that the girls showed a lot of character, but still I felt as though in the first half, we could have restricted them to 50 or 60 runs short of what they made. We know that our bowlers will bounce back though, we always have.”

The all-rounder from KwaZulu-Natal was particularly impressed with the team’s batting efforts against England and hopes that they can replicate that tomorrow. Her own impressive 25-ball half-century is the fastest in the tournament so far.

“I didn’t have any time to get my eye in because I had to get in an hit at twelves (twelve runs an over),” Tryon continued. “I was really excited with the way that I went about it, I still had that belief, it was unfortunate that I went out, I feel that I could have gotten us close if I’d stayed, but it’s (her score) definitely one of the positives that I’ll be taking into the game against India.  The openers (Lizelle Lee and Laura Wolvaardt) have been really consistent and have set us up well every time, we just need to keep building from their foundation.”

The sides know each other well, having completed a quadrangular series in South Africa prior to the start of the tournament and also having played against one another in the ICC Women’s World Cup Qualifiers earlier this year. While India have come out on top on both occasions, Tryon believes that both sides know enough about each other and that the team that will win will be the side that executes all three disciplines the best on the day.

“We’ve played a lot of cricket against India, they are a world class team and are playing really good cricket at the moment, so we need to make sure that all departments fire on the day. If we can play like we did in that game against the West Indies, we’ll do well. The mood in our team is good and the girls are excited to get on the field and play.”

Tomorrow will be the Proteas’ third match at Grace Road with India only having played there once, Tryon believes that this will give them the edge against Mithali Raj’s charges.

“We feel like this is our home ground now,” she laughed. “We’ve played a few games here. We’re used to the conditions, we know the ground really well, so feel we like we have the upper hand. We’re looking forward to making use of that knowledge and firing tomorrow when it counts.”