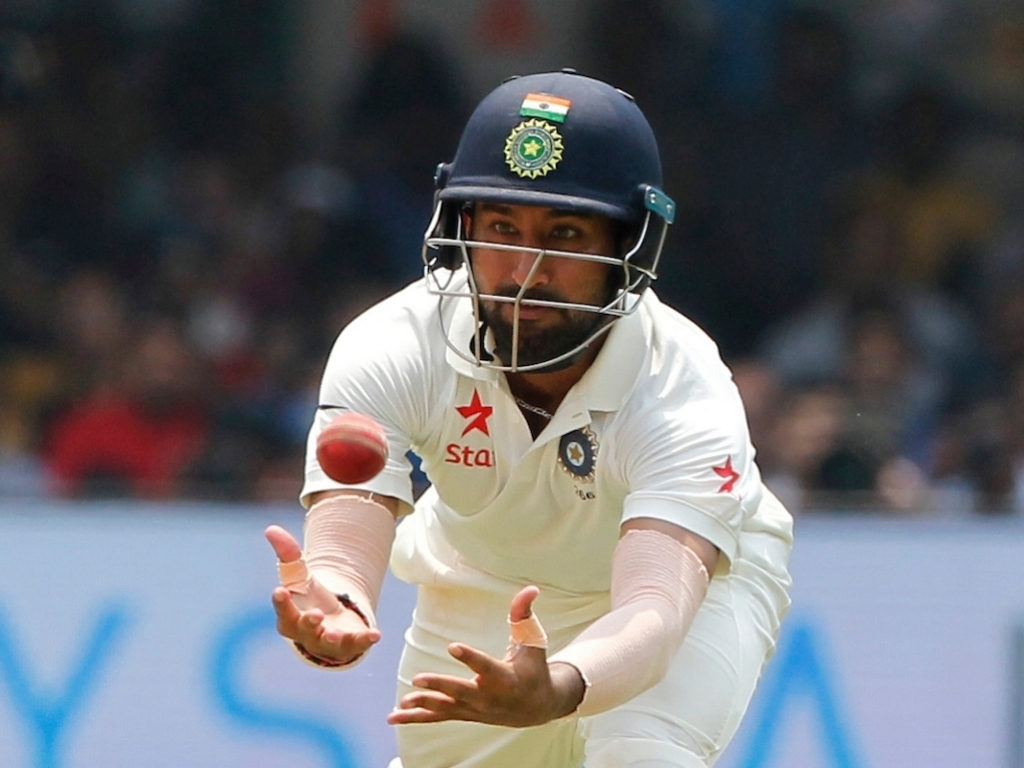 India batsman Cheteshwar Pujara feels that his team have outplayed Sri Lanka with both bat and ball on the first two days of the first Test in Galle.

It's hard to argue with Pujara's analysis after his 153 helped India to a massive 600 all out before the bowlers reduced Sri Lanka to 154/5 by the close of play.

Quicks Mohammed Shami and Umesh Yadav provided the first three wickets but Pujara feels his team's spinners have been superior to the Lankans.

ESPN Cricinfo quote Pujara as saying: "Ashwin and Jadeja both have been bowling really well even in the last season, and they've continued that.

"I think our bowlers, they've bowled better lines and lengths, and I think tomorrow onwards, we'll see a little more turn on this wicket. The pitch is drying up, so there will be more assistance tomorrow onwards."

Pujara steered clear of the cliché of the psychological edge being gained but he did assert that Sri Lanka had been put on the back foot by India's strong start.

He added:  "When you start off well, it always puts the opposition on the back foot, but when you are playing at the international level, you still expect them to fight back and we wouldn't take them lightly."

"We would just like to stick to what we want to do and that was the reason of our success in the home season.

"Playing against spin, I think as Indian batsmen, we have enough exposure playing in the domestic circuit. That is the reason all our batsmen have been batting well. Even the lower-middle order, someone like Jadeja, Ashwin, Wridhhiman Saha, Hardik [Pandya, who scored a fifty on debut, batting at No. 8] – all of them can bat well; not just against spinners, but since we are talking about spinners, they all bat well against spinners."

Sri Lanka are still 247 runs away from avoiding the follow on and only Angelo Mathews has shown much in the way of grit at the crease with his unbeaten 54.