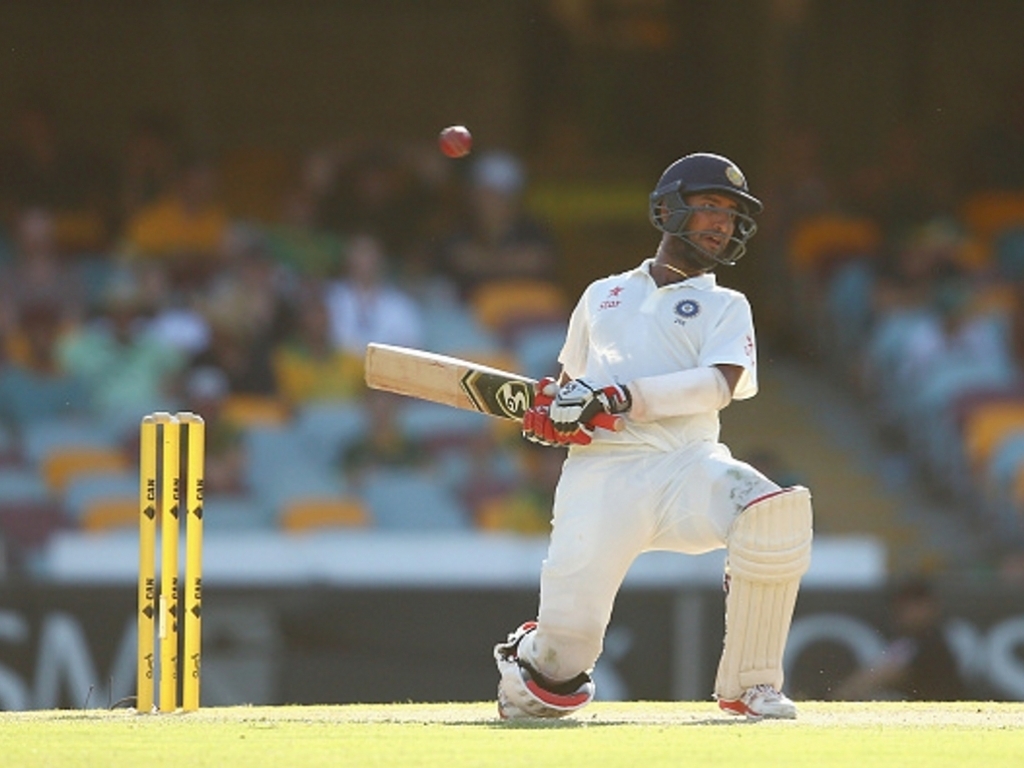 India number three batsman Cheteshwar Pujara has not enjoyed the most fruitful of years for the national side, but hopes his recent efforts domestically will see him score big runs in the Tests against New Zealand.

Pujara recently scored a double ton and a big century for India Blue in the Duleep Trophy, but has not hit triple figures for India proper in over a year. His last century was against Sri Lanka in Colombo last August.

When asked if he was concerned about the drought, Pujara told BCCI.tv: “Not really. I am always positive. I always believed that I was batting well though I didn’t score big runs.

“I spoke to Rahul Dravid and he told me that there wasn’t any technical flaw. He told me it was just about changing the mental aspect of my game.

“The moment I started thinking positively, I told myself that it was just a matter of time before I played a big innings and things would get back on track.”

He added that while he does not feel out of form, and is staying positive, it takes work to stay mentally ready: “It is difficult to stay in that positive frame of mind because I am known to score big runs.

“I know at times if I get out on 150 , people will say I should have gone on to score a double hundred. But, you have to understand you can’t score double hundreds every single day. It requires a lot of concentration and commitment and your body gets tired.

“It is not easy to score big runs all the time and there will be times when you score a handy 70 or 80 that would be helpful for the team. Those knocks might not get appreciated but from the team’s perspective you have done your job.

“I want to score runs that can help the team’s cause and if I have done that, I will be satisfied.

“When I don’t score big, I do get disappointed. At the same time, I have to be realistic to assess the situation and conditions. I need to tell myself that, ‘Look you have tried your best but the runs didn’t come.’

“In that case I will always go back to nets and work on my game, improve and tell myself that the next game I am going to get a big one.”

The first Test against the Black Caps starts on 22 September at Kanpur.