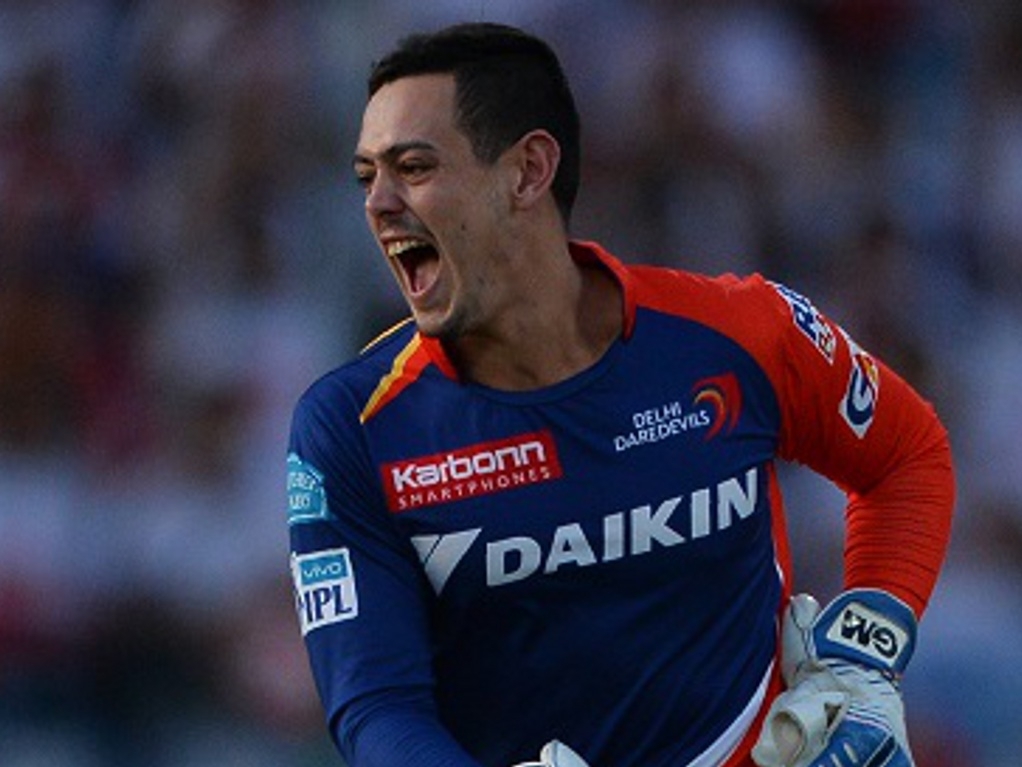 Delhi Daredevils wicketkeeper Quinton de Kock is enjoying his side's success this IPL season, but is finding getting use to the pressure and fan expectation tougher than anticipated.

Delhi are in an unusual position of actually winning matches this season, unlike the past few years where they did poorly, and De Kock is a huge part of that as he's been scoring the bulk of their runs.

The young South Africa keeper admitted to finding the pace of life in India tough to get used to though, and is missing having the time for a bit of personal reflection and breathing room.

De Kock told cricket.com.au: "Hopefully we can get (to the play-offs) after the good first half we have had. Then of course, we will re-assess.

"A tournament like this has different stages, and you have to take it day by day. So, right now, it is about qualifying for the play-offs. We need to keep things simple and stay calm as a group as well as individually.

"It is easier said than done though. Unlike international cricket, finding personal space during the IPL is very tough, because there are just so many photograph and selfie requests to cater to.

"There is just too much attention because obviously this is an important tournament for the people here. But it is nothing like I have seen anywhere else."

One person making life easier for De Kock and the other players is former India batsman Rahul Dravid, who is with the side as mentor this season, and De Kock is finding The Wall to be a valuable resource.

He added: "It is very easy to listen to him. You don't always run into coaches who have played the game, especially batting coaches.

"Rahul Dravid has played the game, for long, and he knows what he is talking about. He understands how the game works, and he makes us comfortable, giving us the freedom to express ourselves on the field."