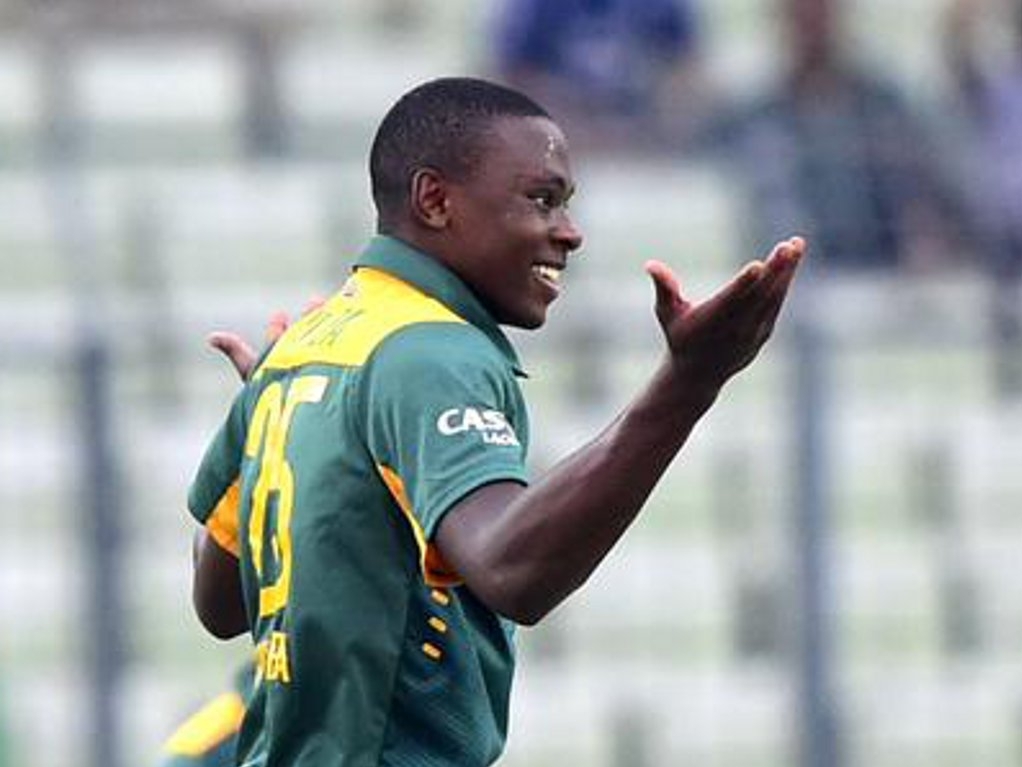 Fast bowler Kagiso Rabada is the hottest prospect in South African cricket at the moment, but he is not getting ahead of himself even though he broke a world record on his ODI debut.

The 20 year-old announced himself to the world with figures of six for 16 in his first match in international 50-over cricket against Bangladesh last month , which was the best bowling analysis on debut in ODI history.

Hailed by former Proteas legend Allan Donald as a star of the future, Rabada is currently preparing with the national side for Friday's T20 match against New Zealand in Durban.

Rabada, who won the under 19 World Cup with the baby Proteas in 2014, is taking all the praise in his stride and says his ultimate goal is to play Test cricket for his country.

The right-arm bowler said: "It was one performance, so I'm not a hero or anything. It's important to keep working.

"Obviously there are bigger goals, but you don't want to just go for records, you want to play a long time. I guess that's what motivates me.

"The dream is to play for your country, but I think ultimate format is Test cricket. The T20 and the ODIs are still very competitive and enjoyable, but I think Test cricket is where your true game is tested."

Rabada has been included in the Proteas' squad for both the T20s matches against the Black Caps as well as the three ODIs that follow.