Home News Rahane happy to fill in for Kohli, but ‘Virat is the captain’

Rahane happy to fill in for Kohli, but ‘Virat is the captain’ 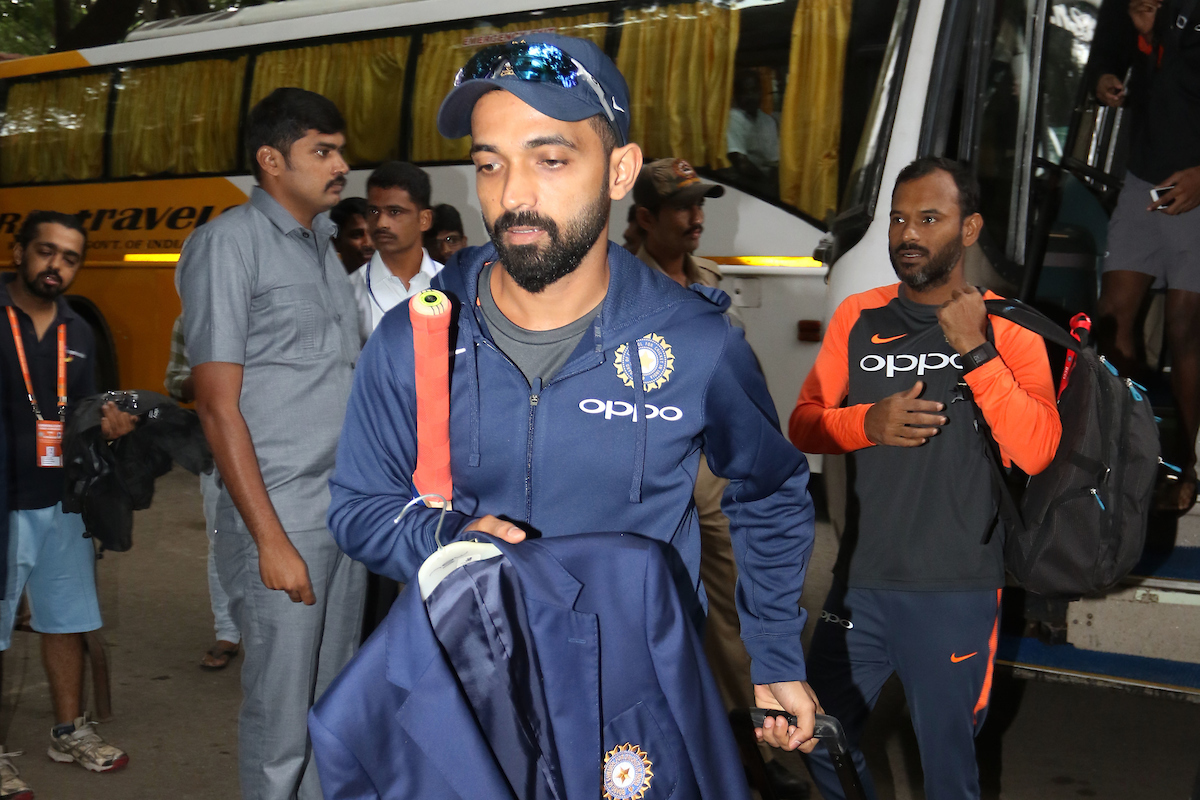 Ajinkya Rahane impressed when he skippered India to a dramatic 2-1 series win against Australia earlier this month, but is happy to have handed the captain’s armband back to Virat Kohli.

Kohli will once again be in charge of the world’s number one-ranked side take on England at home next month.

“Virat was and will always be the captain of the Test team and I am his deputy. When he was absent, it was my duty to lead the side and my responsibility to give my best for Team India’s success,” Rahane told PTI, while en route to Chennai.

“Me and Virat have always shared a good bonding with each other. He has, time and again, praised my batting. Both of us played memorable knocks for our team in India and overseas conditions. It only helped that Virat comes at No. 4 and myself at No. 5 – we have had a lot of partnerships.

“We have always backed each other’s game. When we are at the crease, we discuss threadbare about opposition’s bowling. We caution each other whenever one of us plays a rash shot.

“With regards to leadership, I can only say that it varies from person to person. A captain is as good as his team. When you win a match or a series, it’s always a collective effort and not because of a single man’s contribution.

“It’s your team-mates who make you a good leader. The complete credit of this series win belongs to my team.”

Rahane won a lot of fans with his astute captaincy in the three Tests he was in charge of, but believes Kohli is the right man to lead the team, with many great attributes as a leader.

“Virat is a sharp captain. He takes good on-field decisions. Whenever the spinners are in operation, he is banking on me and he believes that taking those catches at slips off [R] Ashwin and [Ravindra] Jadeja is one of my core competence areas,” he continued.

“Virat expects a lot from me and I try and ensure I do not let him down,” Rahane, who is 13 short of a milestone of 100 catches in Tests.”

Rahane was under a bit of pressure for his place in the side not so long ago, but coach Ravi Shastri called his sublime hundred in Melbourne as the catalyst for the victory.

Nevertheless, the 32-year-old never really felt under pressure for his place in the team.

“Honestly speaking, I never ever felt that my place in the side was ever in danger. The captain and team management always had faith in me,” Rahane said.

“Yes, sometimes in a few series, a player is off-colour but that doesn’t mean that his class is gone. A player needs only one knock to get back to his form.

“When I was going through a bad patch, my captain boosted my morale. It’s always comforting to know that you have his backing and you are then focused on giving your best without any worries.”