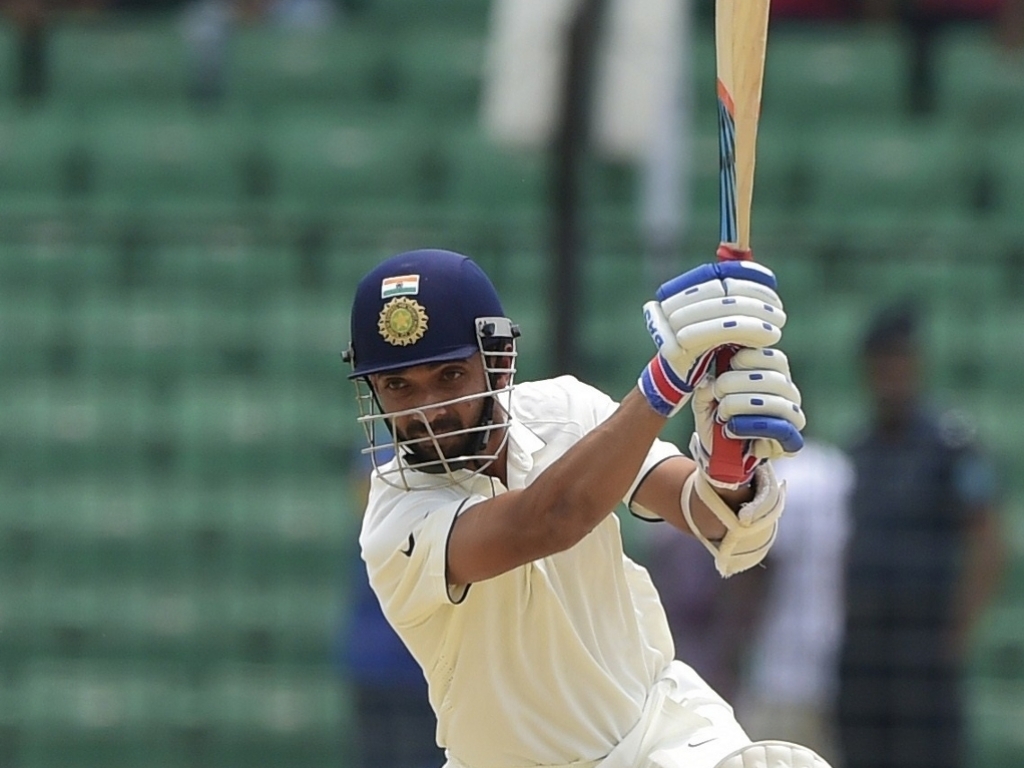 India Batsman Ajinkya Rahane has been promoted to vice-captain for India’s tour of the West Indies later this year and has claimed that the role will not affect his form with the bat.

Speaking to ESPN Cricinfo, Rahane has said he is looking forward to accepting the challenge of this position: "As a vice-captain there will be responsibilities and I like to take responsibilities."

This will not be Rahane’s first taste of leadership, as the top-order batsman was appointed India A captain for their tour of Zimbabwe in 2015 and had this to say about the experience: "When I toured Zimbabwe as a captain, I learned a lot from my team-mates, it was a good experience and we had won in Zimbabwe.”

Rahane doesn’t believe the added responsibility will lead to a dip in his batting form, but hopes to rise to the challenge: "There is certainly a sense of responsibility when going to West Indies.

"I enjoy taking responsibilities and I will learn new things from this team and it will be important how I go ahead step by step… I don't think that captaincy and vice-captaincy make any difference on batting."

The new vice-captain is expecting a variety of pitches and conditions when India visit the Caribbean: "In international cricket, there will be different wickets. I have heard there is good bounce and pace in Barbados, Jamaica.”

India’s spinners will still be a factor in the West Indies, though according to Rahane: “I feel the wickets may be spin-friendly. We will get the idea of the wickets once we go there.”

Rahane has a rich and ready source of cricketing knowledge available to him in the form of former India captains, Sunil Gavaskar, and Sachin Tendulkar, and has said he will look to consult with them ahead of the tour: "Before going to West Indies, if I can meet them (Gavaskar and Tendulkar), I will ask them about their experience, conditions and what kind of cricket is played there. If they are available, I will like to speak to them."

India will send a young squad on a brief tour of Zimbabwe in June before preparations begin for the tour of the West Indies with a new head coach expected to be appointed after the Zimbabwe tour has been concluded.