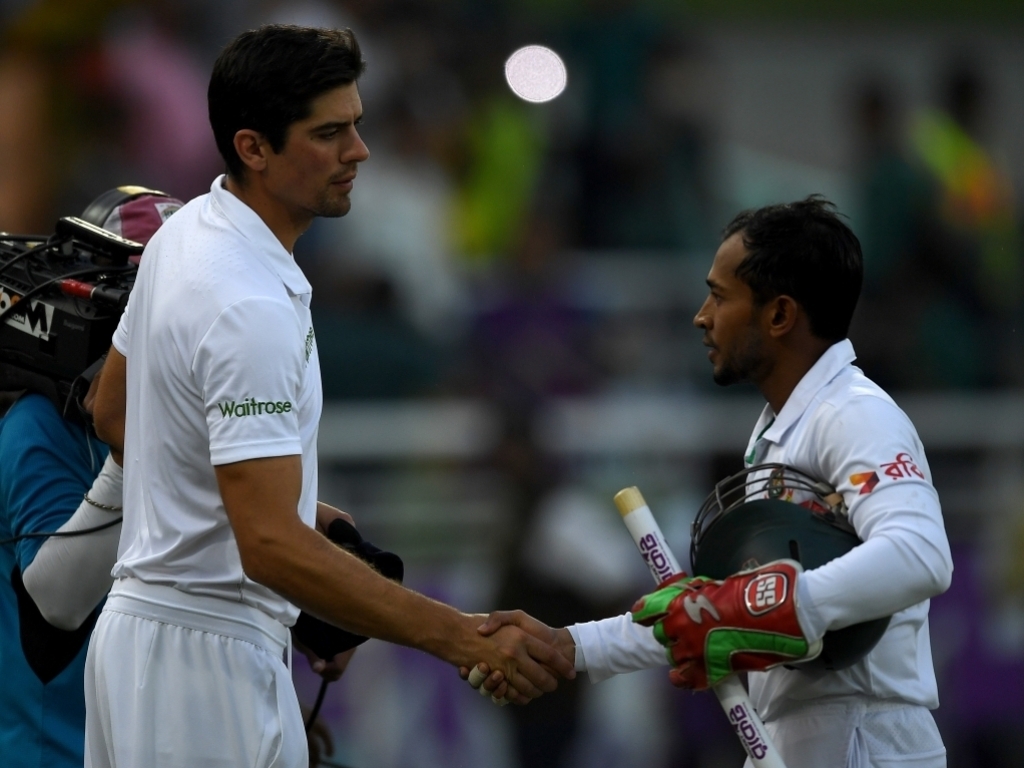 Bangladesh captain Mushfiqur Rahim was delighted with his side’s momentous win over England in Dhaka, and took the opportunity to appeal to the ICC for more Tests.

The Tigers won by 108 runs in dramatic fashion, taking 10 England wickets in one session on day three to first level the series, and then record their only win over the Three Lions.

Before this series, the Tigers had not played a Test in 15 months, and rarely play away from home. Rahim implored the bigger teams to change this.

Rahim said: “In the last two years we’ve played well at home, but our next challenge is overseas.

“We have to adapt really well. You can’t get home conditions everywhere.

“We are getting there, hopefully if we play more Tests there will be more good results.

“Hopefully ICC and other boards will send us series against the big boys.

“I also want to say thanks to the ECB for coming and the security teams.”

The skipper also had praise for young spinner Mehedi Hasan, who took six quick wickets in the evening to add to his already impressive debut series.

Rahim added: “We didn’t think Mehedi will shine like this. He’s a good batsman as well and hopefully will be a great allrounder for Bangladesh.”

Mehedi, who was man of the match for his 12 wickets, said: “I’m really happy, it’s an exciting moment for me.

“Thanks to all my team-mates and all their support. The senior players helped me when I was nervous.”