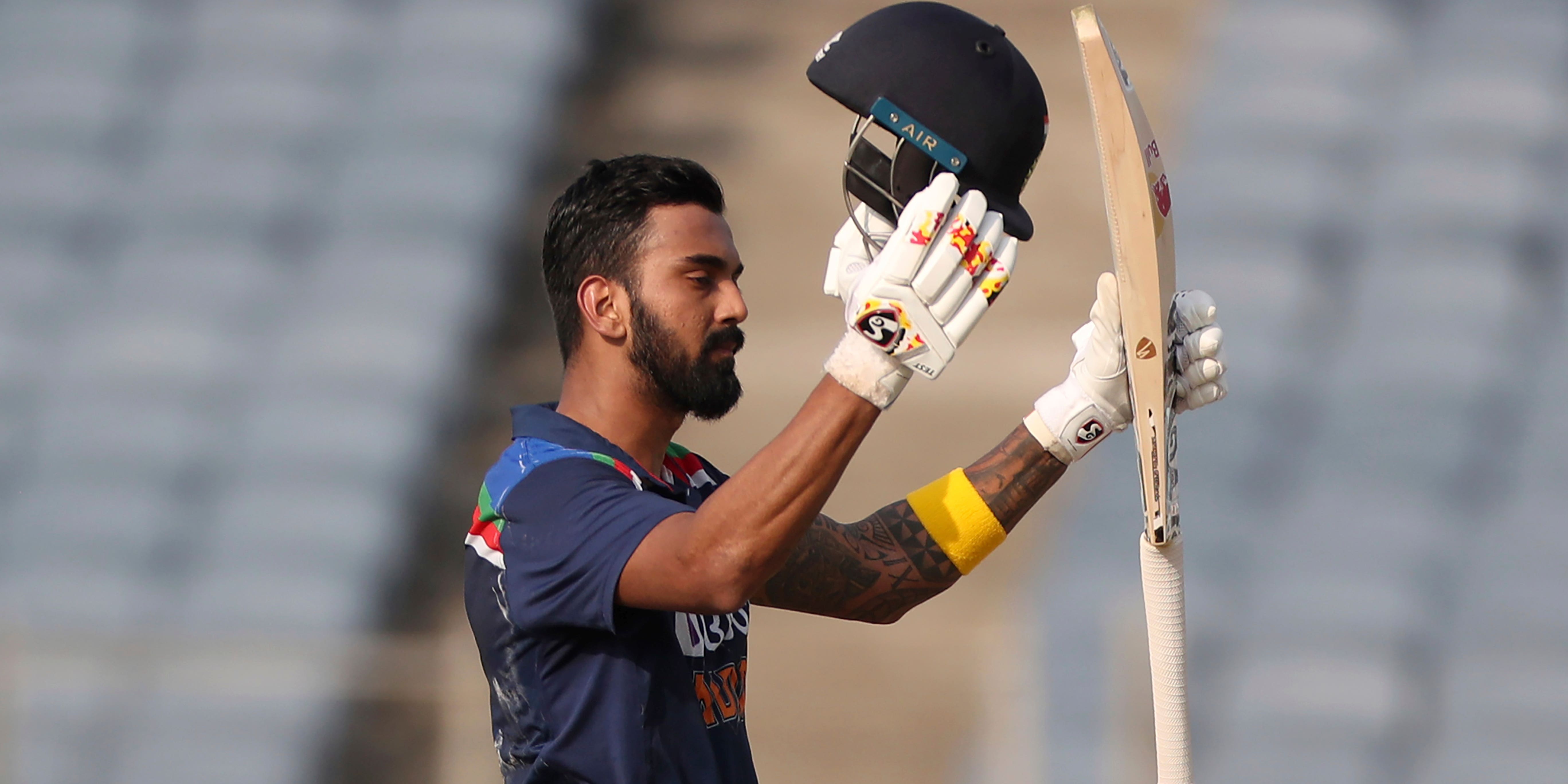 India piled up 336 for six in the second one-day international as KL Rahul’s century and a fierce display of hitting from Rishabh Pant left England with a mountain to climb to save the one-day series.

Already 1-0 down in the three-match rubber and without their injured captain Eoin Morgan, England saw their hosts dictate the pace throughout their 50 overs in Pune.

Reece Topley, replacing the rested Mark Wood, emerged in credit by taking two for 50 but it was a chastening day for Tom Curran, who shipped five sixes as his allocation cost 83.

Topley turned in a tidy new-ball spell and was rewarded in his second over, tempting Shikhar Dhawan with a full ball outside off stump and taking the edge as it shaped away. It flew fast towards the space between first and second slip but Ben Stokes picked it up quickly and closed his hands around the chance.

Sam Curran also picked up an early wicket, Rohit Sharma flicking a leg-stump freebie straight to short fine-leg having set himself well with a run-a-ball 25.

Virat Kohli and Rahul came together at 37 for two and began the business of settling in a for a long stay. They chiselled out a century stand with minimal risk, adding their first hundred runs with just 30 in boundaries and a solitary chance.

It was a big one, Kohli beaten through the air by Adil Rashid on 35 only to see his edge put down by stand-in skipper Jos Buttler. The India captain pressed on for a becalmed half-century, containing only three fours, and then launched a long-hop for six to signal the next stage of the innings.

KL Rahul followed suit with a big blow down the ground but the leg-spinner mustered the perfect response, getting a leg-break to bite and taking Kohli’s edge on 66. This time Buttler held on safely and England’s 23-over hunt for a wicket was over.

From 210 for three after 40 overs, India needed a big final 10 and soon set about delivering. Stokes was taken for back-to-back sixes by Pant, while Tom Curran was thrashed straight back out of the attack as he shipped 22.

Rahul’s anchoring century came up from 108 deliveries before he holed out off Tom Curran, but his departure merely paved the way for Hardik Pandya. He clubbed Sam Curran for six twice in his first three balls and added another two before he became Topley’s second victim in an impressive stint at the death.

Pant had already gone by then, but not before leaving serious damage in his wake with seven sixes and three fours to his name.