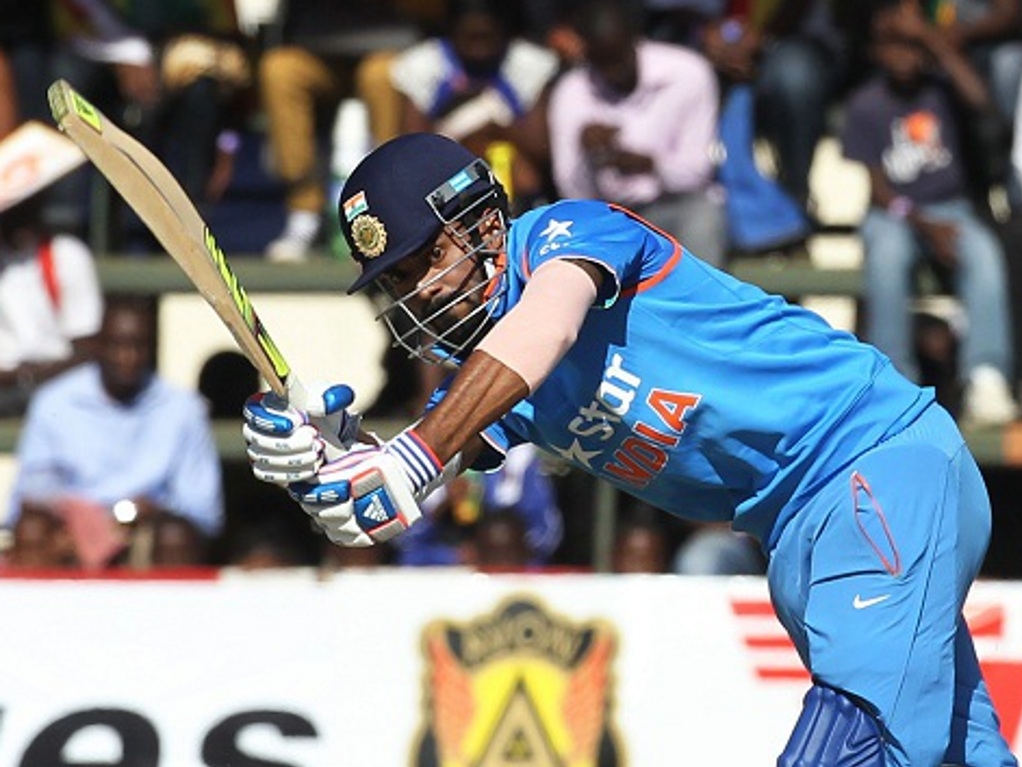 KL Rahul has given credit to the advice he has received from Royal Challengers Bangalore teammates, Virat Kohli, and AB de Villiers, after scoring a hundred on ODI debut against Zimbabwe.

Rahul becomes the first Indian to score a century on ODI debut, after hitting 100 not out against Zimbabwe at the Harare Sport's Club.

The sometimes wicketkeeper and RCB squad member has lauded the advice he received from IPL teammates, Kohli, and de Villiers in the build up to his debut.

Rahul told ESPN Cricinfo: "I spent a lot of time with Virat and AB, talking to them, and asked them questions about what they thought I could do to better, to improve my cricket, and to be successful in the shorter format,

"Their ideas and feedback did help me, and once I got a couple of starts in the first two games, I was feeling confident.

"And after I got those fifties, I knew I could go out and express myself and leave all these things behind about the stats and what people say: 'I cannot play the shorter format or I hadn't performed so far'. I just started focusing on how I could get runs in T20."

The 24-year-old had been keen to refute the claims that he was a test specialist in the build up to the series and has managed to come up with the best possible refutation, an unbeaten hundred.

Speaking after the game, Rahul said: "It’s a great thing to get an ODI hundred, but to get it in my first match is something very special to me,

"I always knew I had the game and the skill set to be successful in all three formats, it was just about getting the opportunities and getting the confidence in myself to know that I can perform at any level."

Rahul has credited his failure on Test debut against Australia with making him a much better player, saying: "I learnt a lot from my debut in Australia in the way I wasn't myself there. I wouldn't have been such a confident player that I am today if I had not gotten that kind of failure in my first Test."

Rahul and India take on Zimbabwe in another two ODIs, before shifting to the shortest format of the game for three T20Is all to be played at the Harare Sport's Club in the Zimbabwean capital.