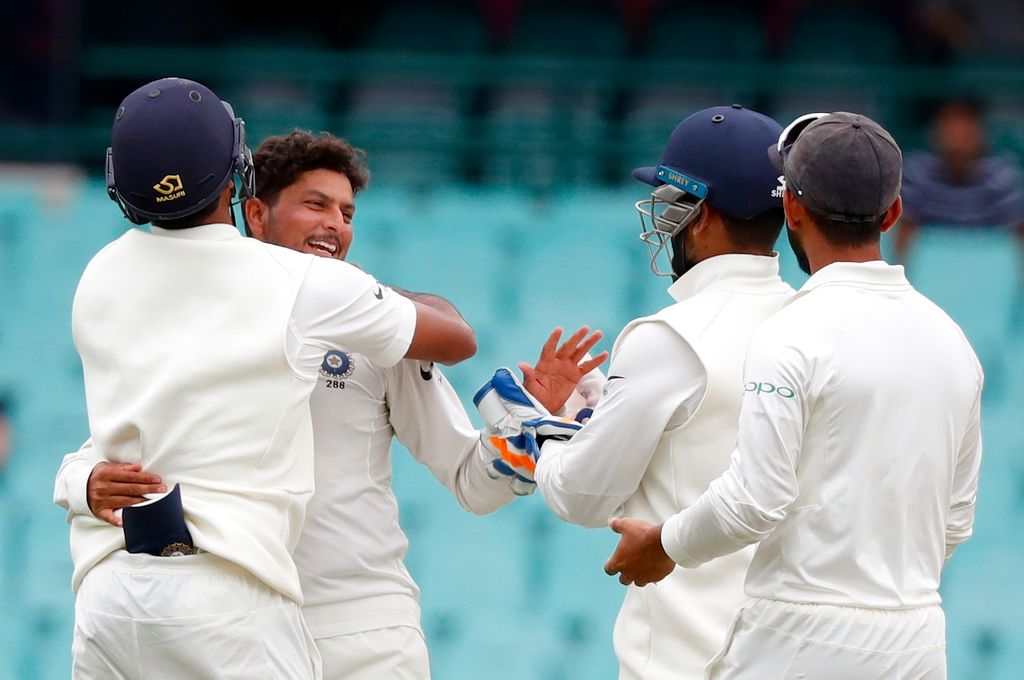 India forced Australia to follow-on on the fourth day of the fourth Test in Sydney but rain and then bad light halted the visitors’ march to victory.

After rain had delayed the start of play for close to four hours, Australia resumed on 236/6 still trailing India by a massive 386 runs.

However, it was not long before India struck as seamer Mohammed Shami bowled Pat Cummins for 26, the batsman failing to add to his overnight score.

Paceman Jasprit Bumrah then had the other overnight batsman Peter Handscomb drag on to his stumps for 37.

Nathan Lyon only lasted five balls before he was trapped lbw by left-arm spinner Kuldeep Yadav for a duck.

Last pair Josh Hazlewood (21) and Mitchell Starc (29 not out) added 42 for the final wicket but Australia were eventually bowled out when Kuldeep trapped Hazlewood in front.

Kuldeep finished with impressive figures of 5-99 in 31.5 overs, his second five-wicket haul in just his sixth Test, as the hosts were 300 all out.

With the Aussies a massive 322 runs behind, India captain Virat Kohli asked the home team to follow-on and they made it to 6/0 before rain and bad light brought an end to the day’s proceedings.

India will look take the 10 wickets required on day five to complete a 3-1 series win while Australia look certain to lose the series but will want to fight it out for a draw.