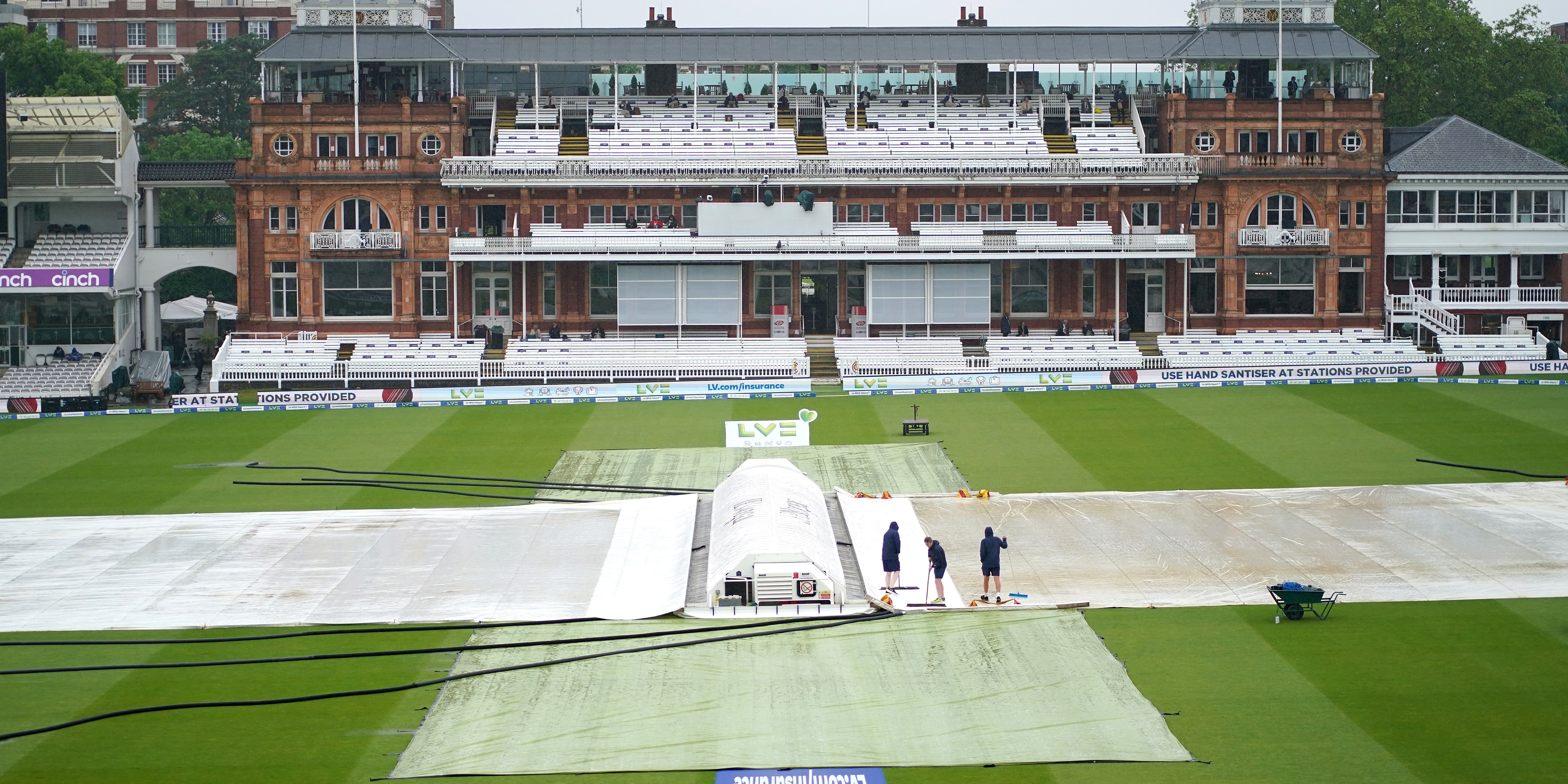 England’s attempts to bat themselves into a healthy position against New Zealand were thwarted by steady rainfall on day three of the first Test at Lord’s, ensuring no play before tea.

Rory Burns and Joe Root put on an unbroken 93-run stand on Thursday evening to rescue England from 18 for two to 111 without further loss in response to the Black Caps’ 378 all out, underpinned by Devon Conway’s 200 on debut.

Burns went to the close on 59 not out after being restored to the line-up – he was dropped for the final two Tests in India last winter – while Root was within eight runs of following the Surrey captain to a half-century.

They were denied the chance to take the field on Friday morning by the inclement weather, which continued into the afternoon session, raising the prospect of a third-day washout.