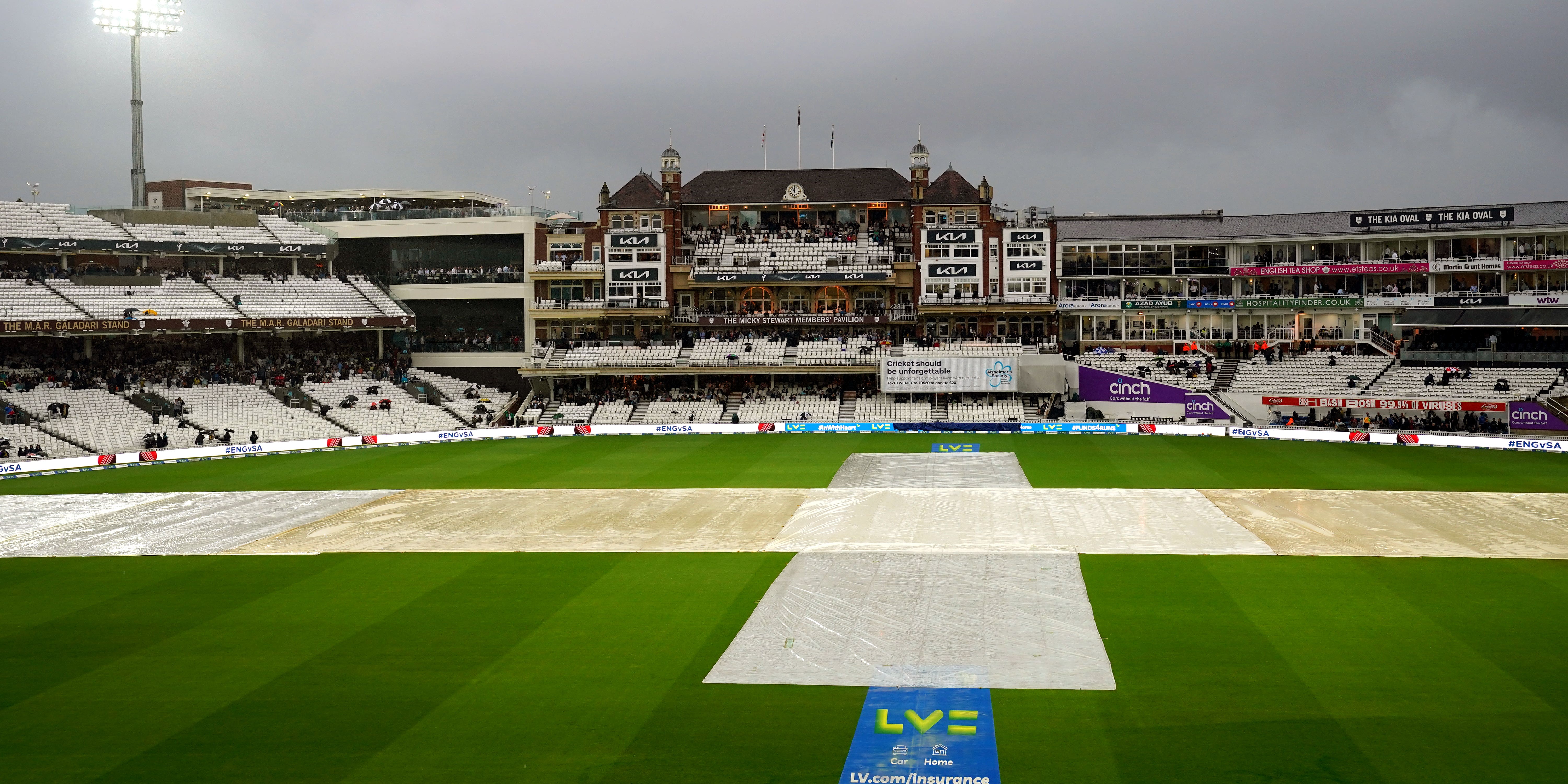 No play was possible on the opening morning of the decisive third LV= Insurance Test between England and South Africa at the Kia Oval.

With the series deadlocked at 1-1 after innings wins for both sides, there was plenty of anticipation for this match, but overnight rain meant a delayed start before a shower washed out the session.

In-between, Ben Stokes elected to bowl first after winning the toss for the first time in the series, with Harry Brook making his Test debut in place of the injured Jonny Bairstow in England’s only change.

But with less than 10 minutes to go until the rearranged start time of 11:30am, heavy rain led to an early lunch being taken at 12:30pm.