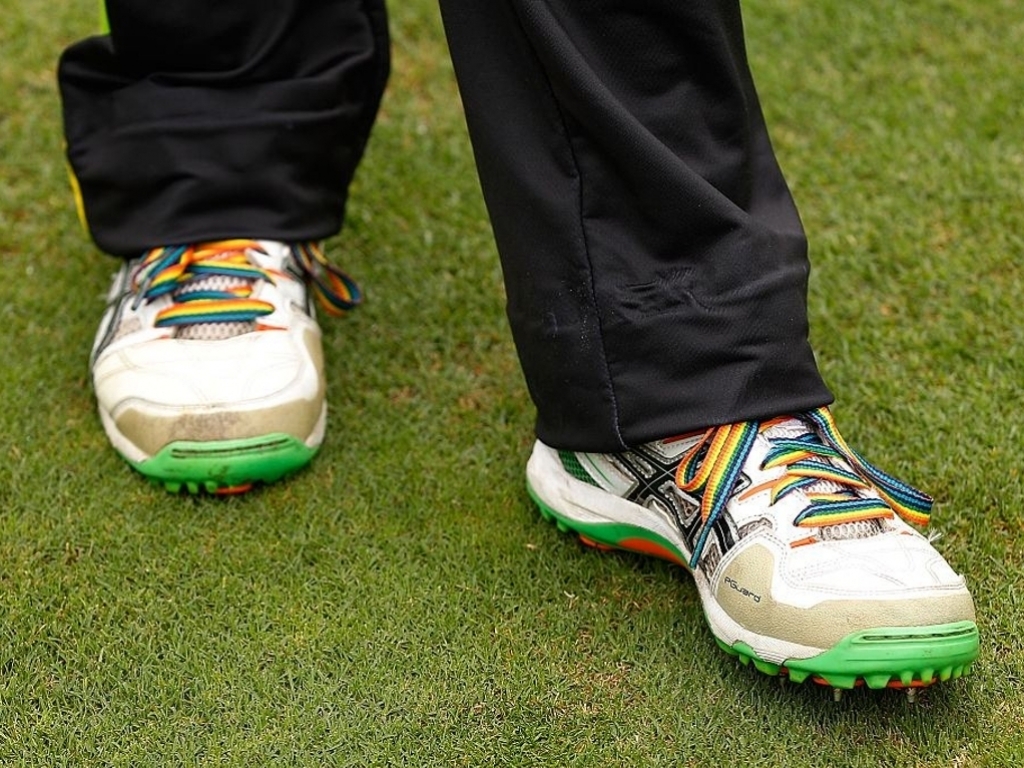 Both of the ECB’s showpiece T20 tournaments, the Natwest T20 Blast and the Kia Super League will support the Rainbow Laces campaign.

The initiative is part of the charity Stonewall’s pride month programme.

Fans are encouraged to don the multicoloured laces to this weekend’s Blast and Super League matches to show acceptance towards LGBT supporters.

ECB Chief Executive Officer Tom Harrison said: “Our thanks to Stonewall for inviting ECB to support the campaign and spread the message that cricket is a game for everyone.

“We’re proud to be a part of it and we will be encouraging as many fans, players and officials as possible to show their support for the initiative by sporting rainbow laces this weekend. It’s a great way to reiterate that all communities are very welcome in the cricket family.”

Robbie De Santos, Head of Campaigns at Stonewall, said: “It’s great that cricket has joined our campaign and is giving so much support and visibility to LGBT equality in sport this weekend. We know from our research that across all sports there are LGBT people who don’t feel welcome or able to be themselves. Our campaign is aimed at making sport, whatever sport that is, everyone’s game.

“We want as many sports, sports associations, organisations and clubs to join our campaign and be visible and proud of their support of lesbian, gay, bi and trans people, whether they’re players or fans.”

The ECB’s broadcast partner Sky Sports have pledged their support for the initiative.

Director of Content, Production and Operations at Sky Sports Steve Smith said:  “As a member of TeamPride, Sky Sports are proud to work with the ECB to support Stonewall’s Rainbow Laces campaign across sport. Having covered the campaign’s continuing visibility in football, we are now looking forward to bringing ‘rainbow stumps’ to life at the cricket.

“Our dedicated Sky Cricket channel will broadcast live rainbow-themed Kia Super League and NatWest T20 Blast matches to screens across the UK and Ireland, encouraging LGBT inclusion and equality in sport at all levels.”