Home News Ramdin: One session cost us the Test

Ramdin: One session cost us the Test 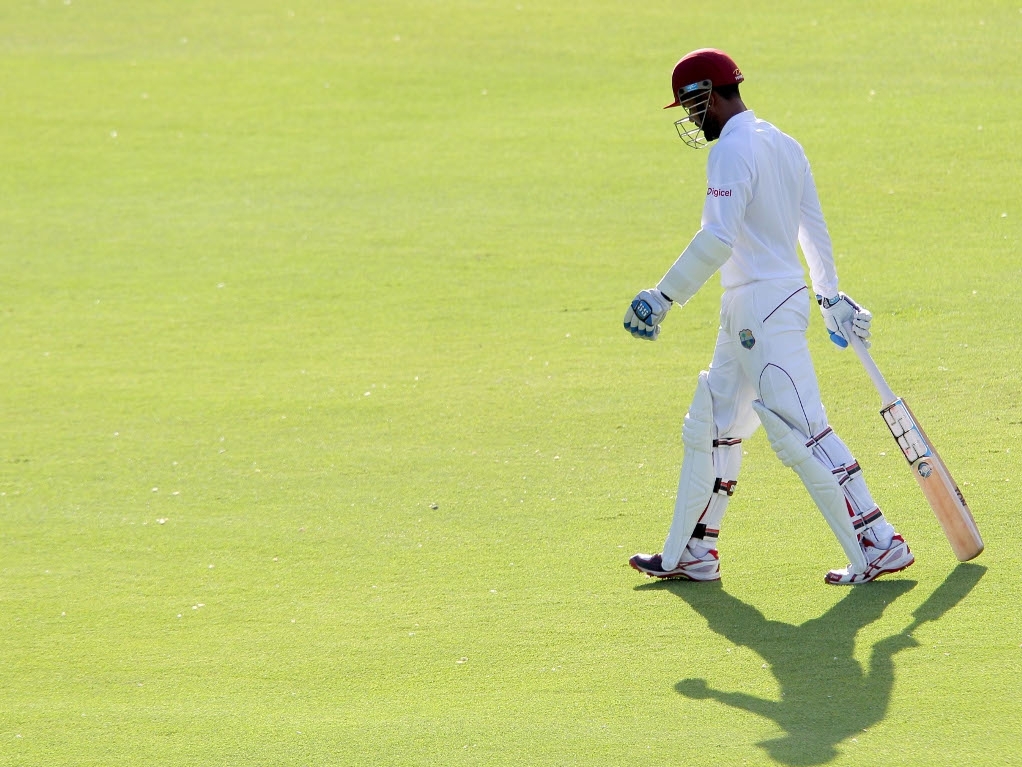 West Indies captain Denesh Ramdin says the first session on the fifth morning, when they lost six wickets, cost his side the chance to salvage a draw in the second Test against England in Grenada on Saturday.

Resuming in comfortable position on 202 for two, and a lead of 37 runs, with the draw looking the most favourable result, the away side, inspired by seamer James Anderson, ripped the heart out of the Windies batting order.

Anderson removed centurion Kraigg Brathwaite and the experienced pair of Marlon Samuels and Shiv Chanderpaul as the home team only added 84 in the morning session.

West Indies were eventually all out for 307 leaving the visitors a target of 143 to win, and they got there easily with only one wicket down, leaving Ramdin to rue their first session implosion.

After the match the Windies skipper said: "We fought hard for four days, but that one session cost us the Test. That spell from James Anderson took it away from us.

"[Kraigg] Brathwaite batted well and it would have been nice if he could have carried on. It's hard to take, but well done to England, they stuck at it and executed their plans.

"They had some conditions in their favour on the first day, then the pitch got better."