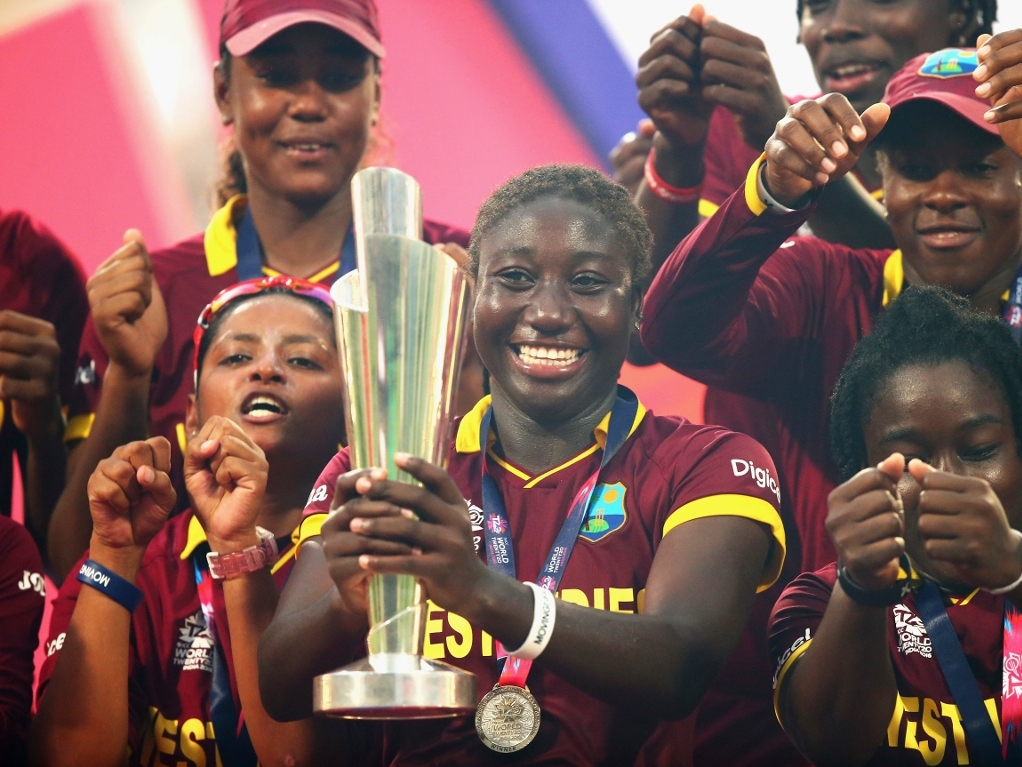 West Indies wicketkeeper Denesh Ramdin says the victory of the Windies Women in the World T20 put pressure on the men to deliver their own trophy on the same day.

The West Indies Women beat Australia in the World T20 final in Kolkata last month to capture their first major title, a game that was played before the men's final which was contested between the Windies and England.

Ramdin said: "We were so happy for the women and all of us wanted to celebrate with them but we had to warm-up for our match (against England).

"While we were excited for them, everyone in the team (male) knew that we under greater pressure to win back the trophy because of the women's success against such a strong Australian team. We kept our focus and did the. basics right."

The Windies gloveman also paid tribute to the West Indies under 19 side that won the World Cup in Bangladesh earlier this year.

All three victories made sure that the Caribbean celebrated an historic treble of world titles, something not done by any nation before.

Ramdin continued: "First it was. the Under-19 team which started it all. They played so well and won the World Cup in Bangladesh where we (Ramdin-led Under 19 team) also reached the final and lost to Pakistan in 2004.

"But we are really proud of the Under-19s and their victory was a very big achievement by them."