Home News Rashid Khan: I keep calm and cool and focused on what I have to do

Rashid Khan: I keep calm and cool and focused on what I have to do 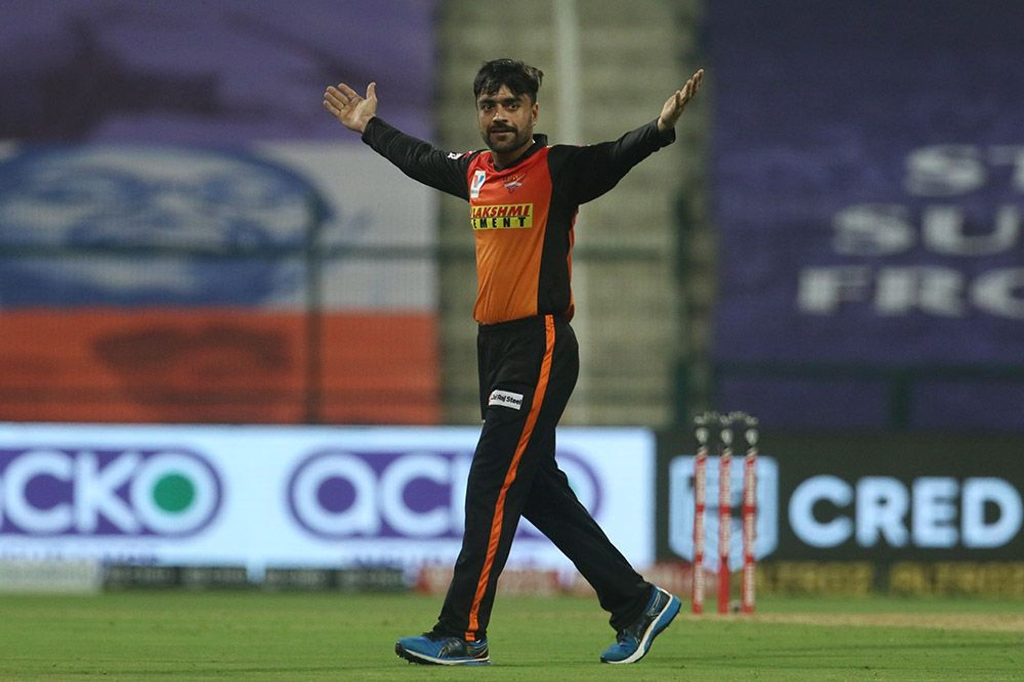 Sunrisers Hyderabad hero Rashid Khan says that he tries to set aside the pressure of expectation when he bowls and focuses on trying to execute his plans.

Rashid took 3 for 14 in his four overs as the Sunrisers Hyderabad beat the Delhi Capitals by 15 runs in Abu Dhabi on Tuesday 29 September.

The Afghanistan leg spinner dismantled the Capitals top order and hamstrung their chase with a superb spell.

Rashid assessed the surface at the Sheikh Zayed Stadium very quickly giving his team a much-needed edge in defending a target of 163.

“I think I don’t take pressure on myself that I have to create an impact,” Rashid told Star Sports.

“I keep calm and cool and focused on what I have to do.

“I look to do the basics right and enjoy the game. When I bowled the first ball, I knew if I bowl quicker and harder, you could get turn. Then you have to bowl the length, a bit back of a length.”

The Sunrisers skipper David Warner has given Rashid the confidence to win matches for the team.

“The captain always backs me, and he tells me you know better. So he tells me, let me know what you want. Only If things are not going my way do you go to ask the captain what to do.”

Rashid has endured a tragic year-and-a-half losing both his father and mother, whom he counted as his biggest supporters. The leggie dedicated his man of the match award to his departed parents.

“First lost my dad, then my mom three-four months ago. She was my biggest fan. This award goes to them. when I used to win an award, whole night she used to talk to me. Tough times.”

Warner admitted that he was concerned about the bowling strength of the Sunrisers XI after the loss of Mitch Marsh to injury but was pleased with the efforts and praised allrounder Abishek Sharma for a solid effort in filling that void.

“Unfortunately we had Mitch marsh injured, and we were trying to figure out how he we get some overs in,” Warner said at the post-match presentation.

“The young Abhishek bowled really well. We worked really hard on our death bowling, and today they were all fantastic. We pride ourselves on our running between the wickets. If we are not getting boundaries, we run hard.”