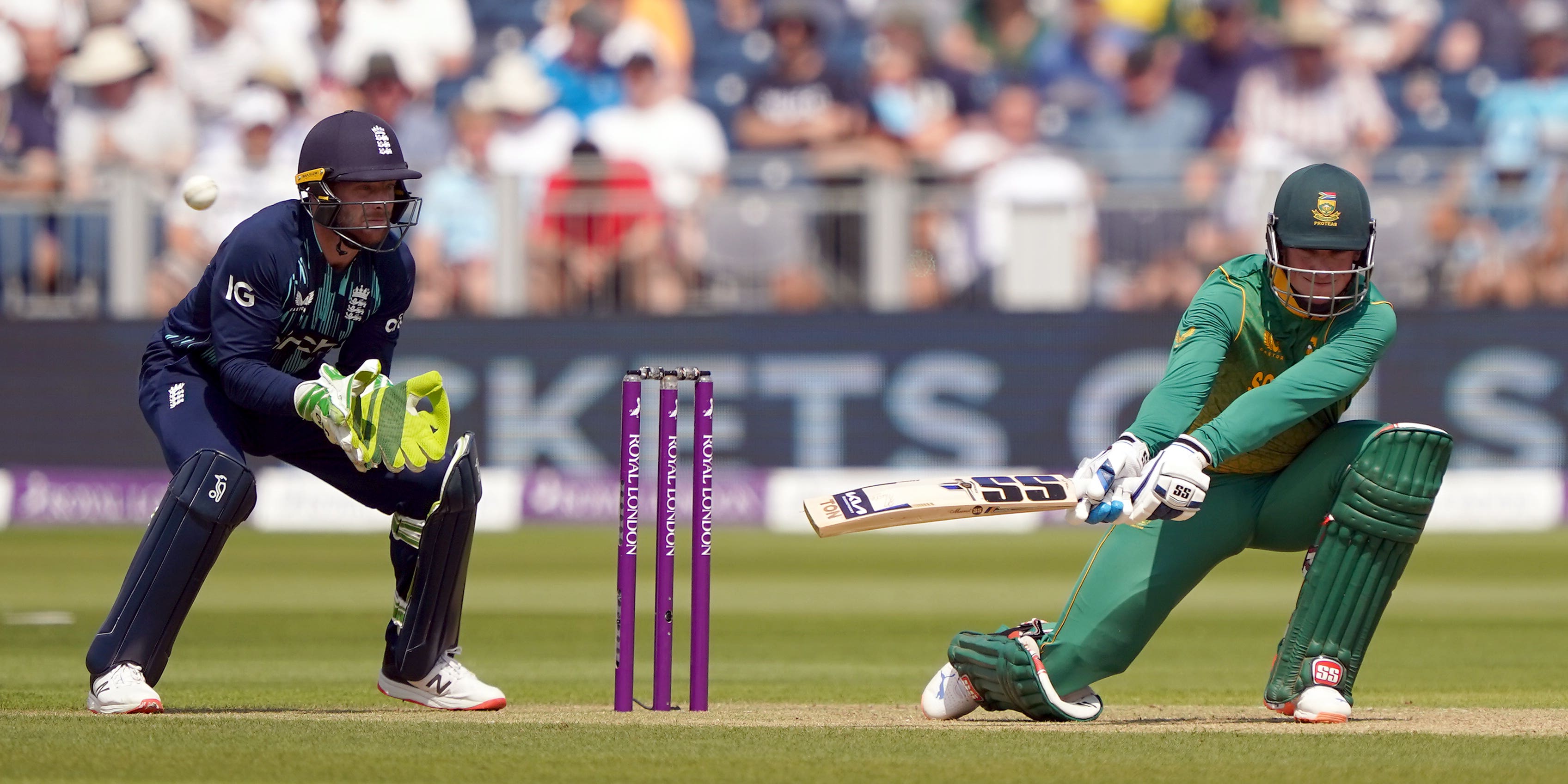 The tourists racked up their highest ODI score in England as the hosts toiled in exhausting 37 degree conditions, building their imposing total on the back of a career-best 133 from Van der Dussen.

On the day that Ben Stokes made his farewell to 50-over cricket at his home ground, his Durham team-mate Potts was handed a first limited-overs appearance for his country.

But neither made the impact they would have liked with the ball, Potts leaving the field after a solitary spell of nought for 33 due to draining temperatures and failing to return before the end of the innings.

Stokes, meanwhile, grimaced his way through five wicketless overs that cost 44 runs and showed why he has decided to reduce his workload by dropping the format permanently.

Van der Dussen provided the spine of the Proteas innings over the course of 117 deliveries, arriving at 35 for one in the seventh over and leaving with the score at 297 for four.

He worked hard in draining conditions, scoring just 40 of his runs in boundaries, and shared century stands with Janneman Malan (57) and Aiden Markram (77).

Van der Dussen fell with four overs remaining, bowled by one that kept low from Liam Livingstone. The spin-bowling all-rounder had Markram held in the deep two balls earlier as he finished with two for 30.

Sam Curran, recalled to freshen up the bowling attack in place of David Willey, took the early wicket of the dangerous Quinton de Kock but was unable to add to his tally in a luckless spell at the death.

Moeen Ali and Brydon Carse took one apiece but Adil Rashid, back from his Hajj pilgrimage to Mecca, was well played by South Africa and went for just over a run-per-ball.