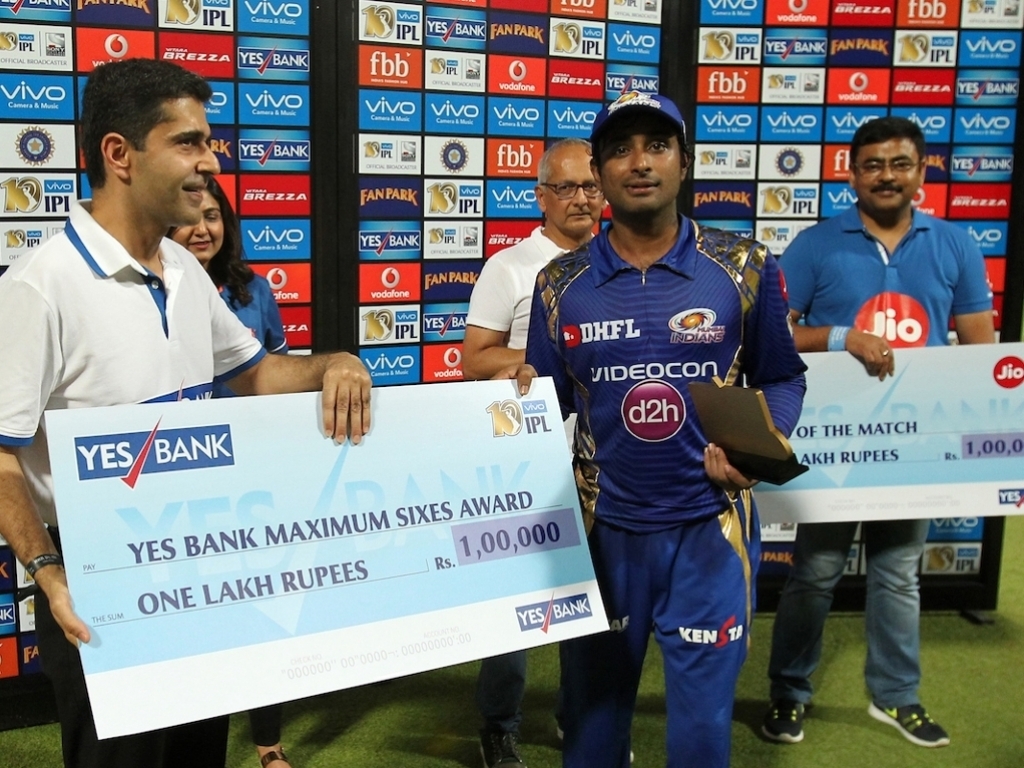 Mumbai Indians batsman Ambati Rayudu understands that the team had been doing very well limiting his chances to break into the XI.

Rayudu put in a man of the match performance to help the Indians seal top spot with a nine run win over the Kolkata Knight Riders at Eden Gardens.

He hit 63 off just 37 balls on a pitch that proved to be very difficult to read with some balls stopping on the surface.

Rayudu said after the match: “It was tough wait after the injury. The team was doing well, so I had to sit out. The wicket was sticky today, we knew if we get close to 180 we can win the game.”

The batsman also found himself donning the wicketkeeping gloves with regular keeper ParthiV and his opening partner Jos Buttler both rested.

Rayudu admitted it was challenging and freely shared his dislike of the role.

He said: “It was tough wait after the injury. The team was doing well, so I had to sit out. The wicket was sticky today, we knew if we get close to 180 we can win the game.”

Mumbai Indians skipper Rohit Sharma was thrilled with both his batting and bowling units describing their effort as a ‘perfect game’.

Rohit said at the post-match presentation: “We spoke of finishing on a high. We wanted to play the brand of cricket we spoke about. Very happy.

“Today proved we have a great bench strength. It can be frustrating to sit out, but all of them have been proven match winners.

“This was the perfect example of playing a perfect game. They were going at 10 an over but we kept picking wickets.

“We were sticking to our plans,we didn’t panic. When the batsmen go after the bowlers like that, it can be hard to keep calm but everyone executed well. It’s a little tournament we have to play now, the playoffs.”

The Indians top the IPL table and will play the qualifier in their fortress of the Wankhede Stadium.

The qualifier offers the top two teams the chance to go straight into the final while the losers of the game have a second bite at the cherry facing off against the winner of the third and fourth place eliminator for a place in the final.