Home Features Reasons why cricket will never be big in America

Reasons why cricket will never be big in America 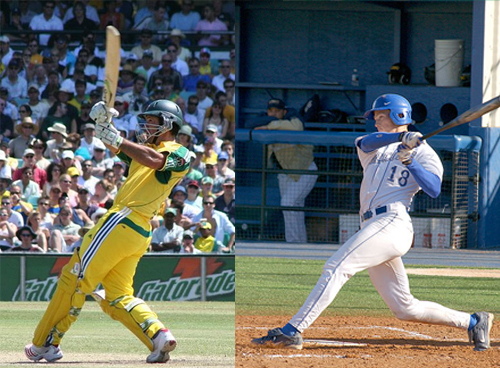 While many of us get an ESTA to see American sports, it’s not often that Americans fly out to watch sports games in other countries. Cricket especially is a sport that’s been overlooked for a long time.

While we still carry hope that one day things might change, there are some reasons why it’s possible that America will never have a national cricket team:

One of the main ways we generate an interest in sport is through our school life. Many of us fell in love with cricket when we played it on a school team or at an after-school club. But, in American schools there isn’t a lot of diversity when it comes to sports.

The old favourites are revisited every year by the students and teachers. Because America has a massive following behind competitive sports, from a young age kids train for the sports they’re good at rather than have fun experimenting with lots of different sports, which is why cricket is overlooked. Because cricket doesn’t play a part in American schools American children often don’t find out about it until they leave school and research it on their own.

They can’t watch it

Sport is a pretty big part of American culture, which is why sporting events and championships are treated like holidays. People get together with friends and family to cheer on their team while eating, drinking and being merry. You’ll also find that sports teams of all levels have a following, from pro to amateur. But, as loyal as America is to their sport and potentially could be to cricket, there’s no way for them to celebrate cricket in the same way that they celebrate American sports.

There’s no American cricket team for them to cheer on, which also means that there are no epic matches for them to buy tickets to. There’s no coverage of international cricket on sporting channels or in the American media and the only teams they can support art the teams they might never see in their lifetime. This is why it’s difficult for Americans to get excited about cricket. It’s not something they’re a part of.

As far as Americans are concerned, baseball is the American version of cricket and technically they’re not wrong. Baseball was somewhat inspired by cricket, despite the games seeming very different. The general aim of the game is very similar – hit the ball and run around to score points – but that is probably as far as the similarities go. The layout of the field is different, the names of different positions are different, the ball is different etc.

However, it’s not the differences that people see between the sports but rather the similarities that prevent them from being too involved in cricket.  Because of the similarities between the two sports, it’s difficult for a lot of people in America to recognise cricket as anything other than a foreign version of their national sport. It’s the equivalent of the British tea lovers being asked to drink American sweet tea.

While they are both two very different drinks, the avid tea enthusiast might look at sweet tea and jump to the conclusion that it’s just British tea gone wrong. The same thing might be what an American says about cricket: it’s just baseball played badly.