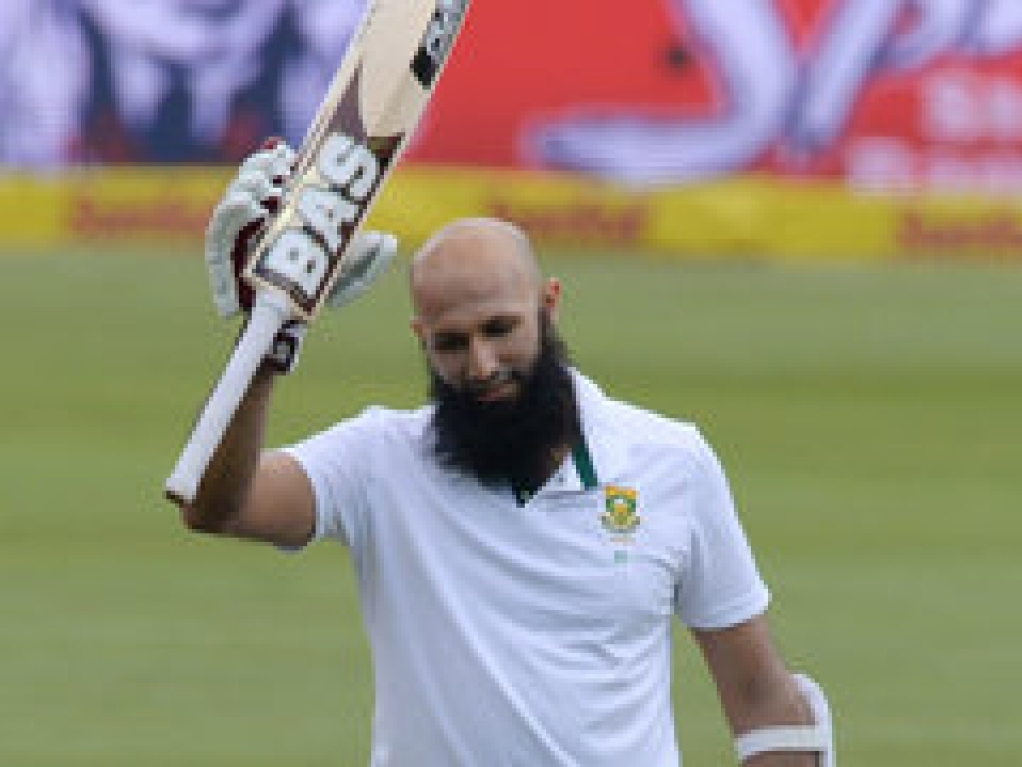 South Africa captain Hashim Amla continues to break records almost every time he straps on the pads and walks out to bat for his country, but maintains that the team performance is most important.

Amla, in his first Test as captain on home soil, broke another three records as he compiled a mammoth 208 on the second day of the first Test against the West Indies in Centurion.

The skipper shared in a new record fourth wicket partnership of 308 with vice-captain AB De Villiers, he also notched up the highest score in a Test match at the ground in Centurion and made the highest score by a South captain on home soil.

He reflected: "I'm really happy to have got some runs under my belt. I didn't think of it any further than it being another innings for me in Test cricket."

Despite rattling off a few records in one day of Test cricket like its child's play, Amla remains humble and thinks all the records will be broken again someday, by somebody else. He did admit to knowing every record that he broke.

He said: "It comes up on the scoreboard so you can't really miss it but I firmly believe records are always going to be broken. You can't have any sentimental value. I am really grateful for any feathers in the cap but some other time it will be somebody else."

Amla knows that his captaincy career, which is still in its infancy, will ultimately be defined by how many victories the team achieves, and speaking about the declaration before tea time on 552 for five, he said he wanted to put the tourist under some early pressure in the series.

He said: "We felt we wanted to get at least 35 or 36 overs at the West Indians today. Rather declare too early than too late because as the light deteriorates, you can't bowl your seamers … but as it happened we didn't get any overs in (because of rain).

"For us, it has been a lovely two days and we have three days to try and get 20 wickets. The way the game is positioned at the moment, we've (The batsman) done our bit."