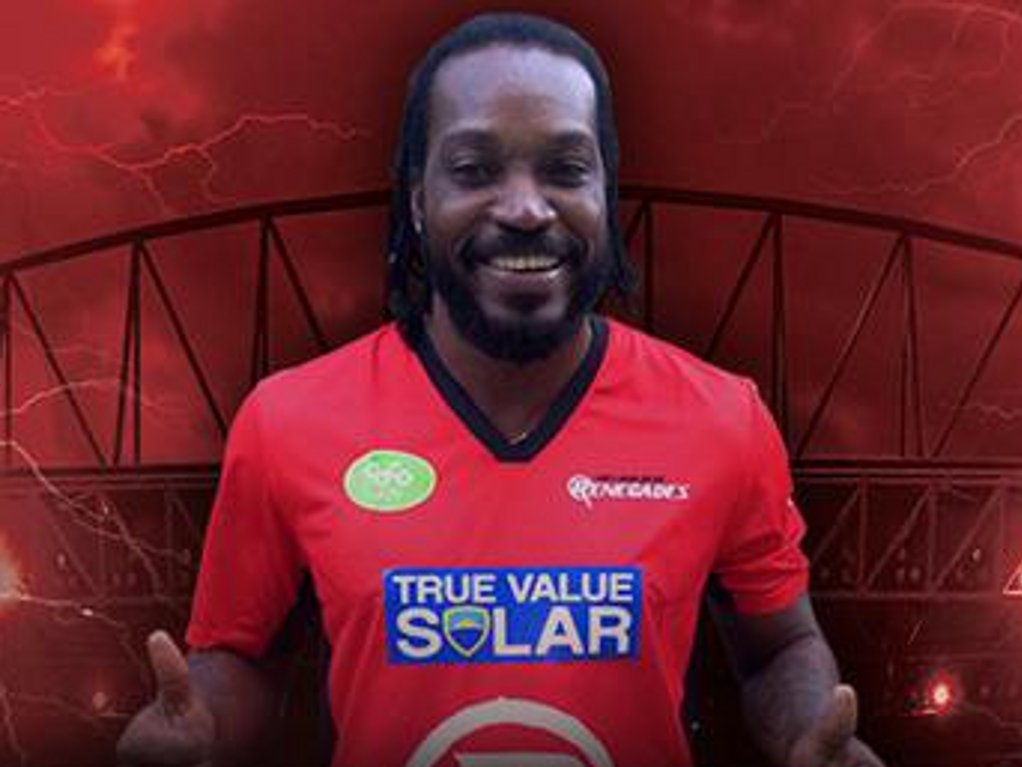 Royal Challengers Bangalore's Gayle, who has not played in the BBL in the past two years, joins Finch in the powerful partnership, and also joins fellow Windies T20 star Dwayne Bravo at the red Melbourne side.

Captain Finch told the Cricket Australia website: "It's huge to sign Chris Gayle. He's someone who has dominated this format over a long period of time.

"Along with AB (de Villiers), there is not many of them in the same bracket. He's the world's best I think. He dominates a game, he can win a game by himself in very limited time.

"To have signed someone like him to open the batting with is going to be a huge bonus for the Renegades but also the fans who are going to get to see cricket's biggest hitter at Etihad stadium."

Gayle, who played for Sydney Thunder in the first two BBL seasons, said: "It's exciting to be coming to the Melbourne Renegades in the sporting capital of Australia.

"I'm looking forward to seeing the fans, getting to know the city a little more and helping the team into the finals in BBL|05.

"The club has put together a really solid list of players and with a new coach, we're looking at a big summer at Etihad Stadium."