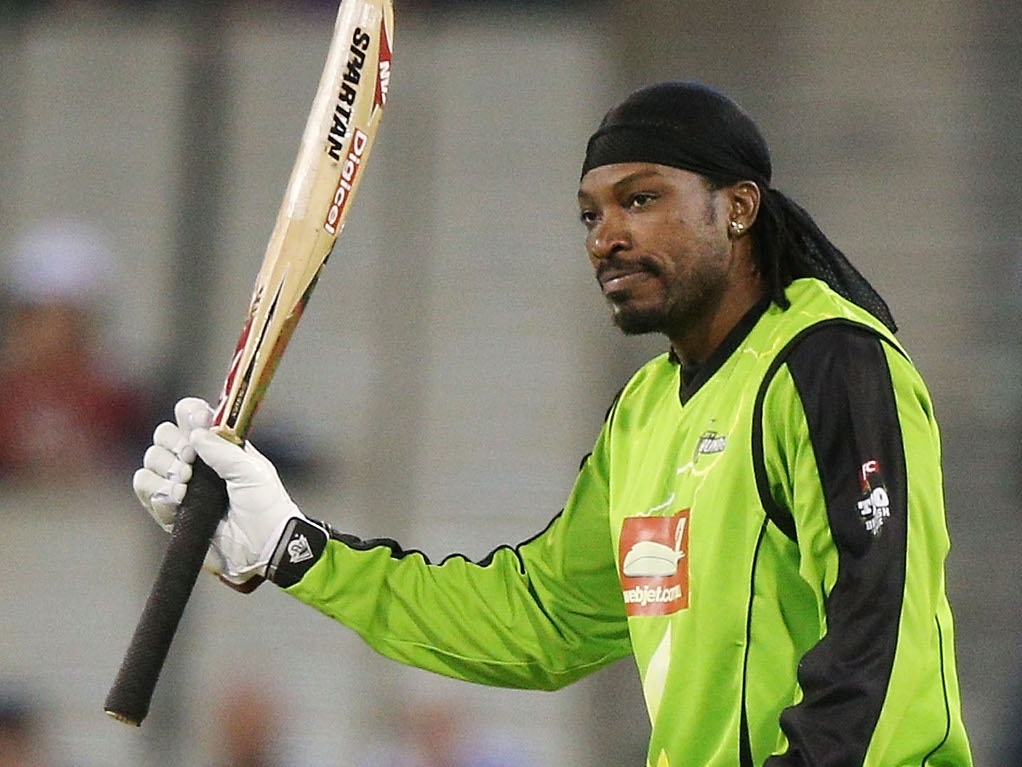 West Indies and Royal Challengers Bangalore opener Chris Gayle is top of the wish list for the Melbourne Renegades for this year's Big Bash League, the franchise's boss has revealed.

Gayle has played in the BBL before, for the Sydney Thunder in the first two seasons, but that team has indicated, according to News Ltd, that they will not be going after his signature this year, as he's too expensive.

Renegades CEO Stuart Coventry said on the Cricket Australia website: "At the moment, we have two international spots on our roster that we need to fill.

"Chris is obviously a fantastic player, he’s an excitement machine and he’s the sort of character who the fans want to see strut his stuff."

The Jamaican is currently in action at the Indian Premier League for RCB, and recently smashed his fifth century overall in the tournament, three more than his closest rival. He made 117 off 57 balls against Kings XI Punjab.