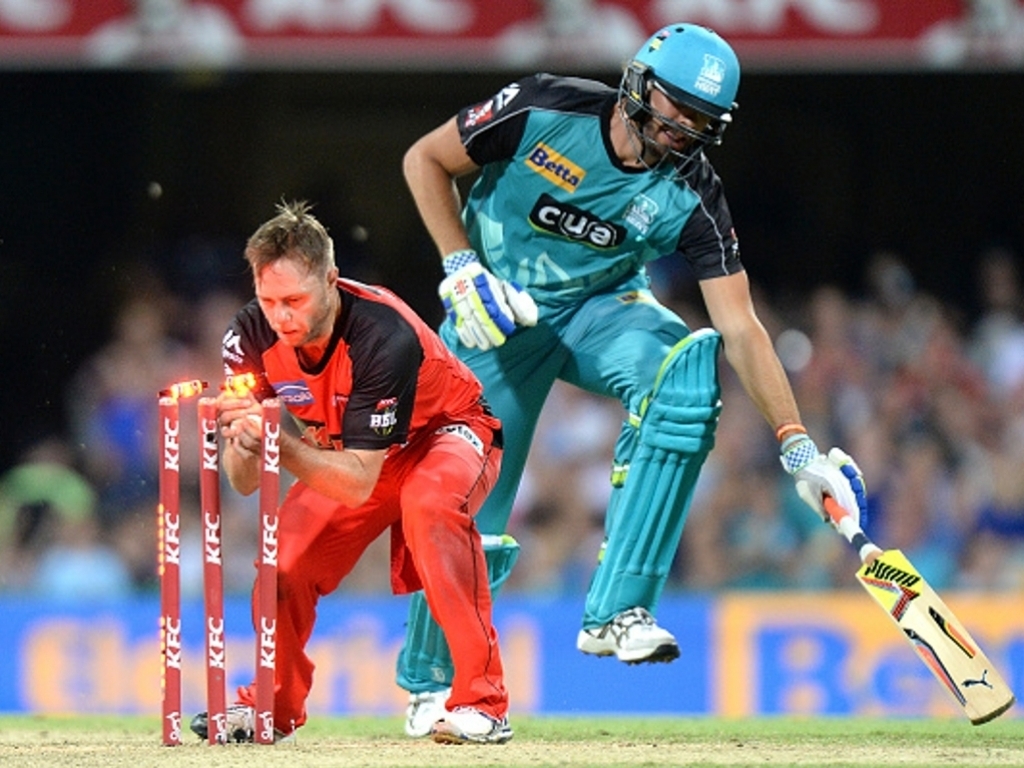 The Melbourne Renegades kept their hopes of a playoff spot alive with a 1 run win after a mad finish to their final Big Bash League round robin match against the Brisbane Heat.

The game ebbed and flowed from start to finish and when the dust settled the Brisbane Heat were bowled out for 198 having been set a target of 200 to win.

The Heat looked to be cruising to victory with three overs to play. They needed 34 to win with six wickets in hand but a chaotic finish left them narrowly short of the mark.

Earlier the Renegades failed to make the most of an electric start by openers Aaron Finch and Marcus Harris.

The pair put on 106 in 9.1 overs before Harris was deceived by a slower ball from Ben Cutting and had to go for a rapid 48 off 32 balls.

Finch would eventually smash 71 off 35 balls but his departure would se the Renegades innings lose momentum.

Callum Ferguson would blast 31 off 15 balls though to allow the Renegades to set an imposing target of 200.

Heat opener and skipper Brendon McCullum was undaunted by the prospect of a big chase and would blast his way to 64 off 40 balls but his dismissal courtesy of Sri Lankan international Thisara Perera caused the Heat to lose their way in the middle overs before Ben Cutting and Joe Burns got them in position for a strong finish.

The finish that came was far from strong as the Heat lost six wickets in the final three overs.

Burns was still there at the start of the final over with rain falling steadily but not heavily and Nathan Rimmington with ball in hand and the Heat would have fancied their chances.

Rimmington had a nightmare start to the over bowling a wide before Burns hit two sixes to leave the Heat needing 5 to win off four balls.

Burns then holed out to long off as he tried to end the game with a single blow and the game descended into chaos.

Rimmington bowled another wide before Nick Buchanan ran himself out and they needed four to win off two balls.

Rimmington then bowled a third wide before nailing a wide yorker off the penultimate ball to secure a valuable dot.

Incredibly the next delivery was called a wide as well but a mix up between Mark Steketee and Mitchell Swepson saw the latter run out and the Renegades win to keep them alive in the tournament pending results in the remaining fixtures.