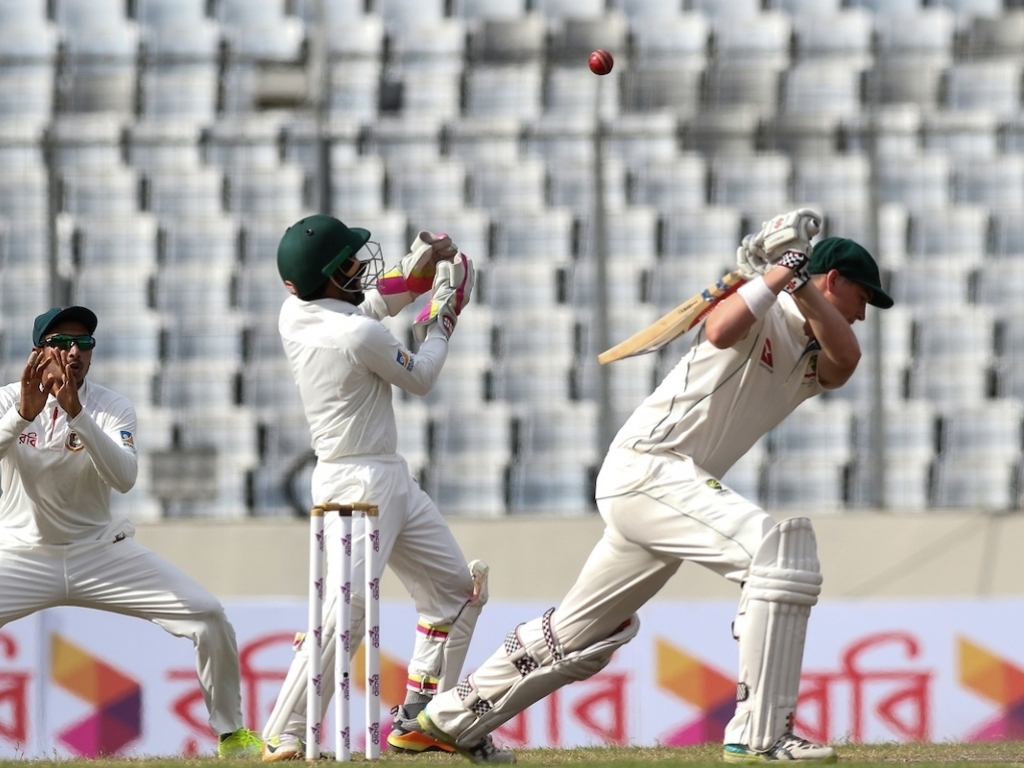 Australia opener Matt Renshaw will be looking to emulate his partner David Warner at least as far as footwork goes.

Warner ended a long run-drought in Asia with his 112 in the second innings in Dhaka against Bangladesh with Renshaw keen to use his feet as well as the vice-captain did.

Renshaw has managed to make it to 30 in most of his innings in Asia but has yet to record a hundred with a highest score of 68.

He said in the lead up to the second Test: “You hear him talking in the media and he talked a lot about it in the change rooms as well, just being light on his feet.

“You could see the difference from his first innings to the second innings, how light on his feet and how easy it was for him to move out to the ball and then back as far back as possible. You hear the greats talk about batting on the subcontinent and it’s trying to get to the ball and smother it or get right back and play it as late as you can.”

ALSO READ: Healy: Giving Handscomb the gloves would be a mistake

Australia found that the pitches in Bangladesh have been different to what they found in India.

“It’s probably one of the toughest spinning wickets I’ve had because it’s not spun for a majority of time, just the occasional one that spun quite a lot.”

The second Test gets underway in Chittagong on Monday.