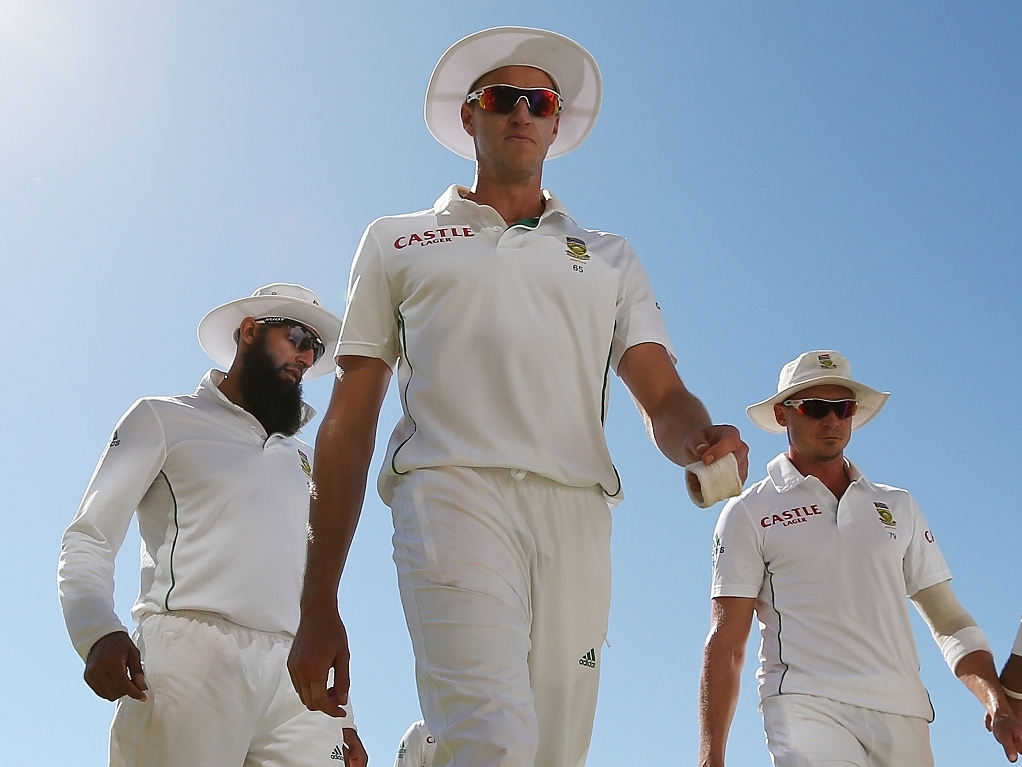 South Africa have won the Test series against the West Indies, as was expected, and have thus retained the number one ranking. It wasn't the most exciting of series, with the Proteas slightly rusty, though some individual efforts stood out.

Let's take a look at how the hosts did, despite rain ruining the Port Elizabeth Test, to overcome the Caribbean visitors with relative ease. The first Test was particularly good, after a tough start, while Cape Town ended with a bang.

Yeah… Not the greatest of series for the opener, if we're being generous. Petersen has not scored a Test century in two years, and has one score over fifty in his last 15 knocks. His top score of 42 came in the final match in Cape Town, and it was painful to watch. Oh, the miscues, the shuffling, the uncertainty. By the time he was out for a duck in the second dig, you couldn't help but feel sorry for him. He'd become South Africa's own Alastair Cook, but with no-one to replace him. He must have realised this, and announced his retirement after the game. Out of 10: 4

At the other end things were far more impressive. Elgar, not the flashiest of batsmen, and certainly no David Warner, held his own in this impressive line-up, and scored his one century in PE. That game was drawn thanks to most of it being lost to the weather, but Elgar made the most of a difficult and slow pitch. He only batted once in Centurion, making 28, but in Cape Town he was solid in the second innings. It was a small target, but the Windies made it difficult and his 60 not out was well scored. Out of 10: 8

The number three started his series with a duck in the first Test, but recovered his form by St George's and added a typically gritty century to his records. It came off 229 balls, alongside Elgar, and it was not one for the highlight reel. But it got his eye back in and by Cape Town he was able to record a neat 68 in the first innings to keep the Proteas on top. He was also nifty in the field, taking two catches. Out of 10: 7

The skipper was the man of the series for a reason, as he ended the three games as the top run-getter. He recorded the top score of 208, the only double ton in the series, and that knock, in partnership with AB de Villiers, led to the Proteas' win in the first Test. He added a half ton to his records in the first innings at Newlands, and then ended the series on 38 not out as he ensured a pre-lunch finish. It was his first home series win since taking over from Graeme Smith. Out of 10: 8.5

The world's number one Test batsman was the only man to score more than one century, bagging two, and was the only one to reach triple figures in Cape Town, giving him man of the match. He was part of that vital stand with Amla in Centurion, rescuing the side from 57 for three, and then added 148 to his records at Newlands to keep the hosts steady. If not for him, the final Test could have gone the other way. He and Amla kept pace with each other, and AB didn't bat twice in Cape Town, allowing his skipper to steal the top gong. Out of 10: 9

The Cobras batsman made his debut at Centurion, after impressive in the domestic sphere for years, and was instantly successful with an unbeaten century in his first innings. He was part of that mammoth innings that allowed the series lead. In subsequent knocks he wasn't as successful, but still looked fluent and confident, adding scores of 29 and 33 to the books. He took his maiden wicket as well, removing Marlon Samuels with his slow medium pacers. Out of 10: 7

The diminutive batsman made his debut in the Boxing Day Test in PE, and while he quickly became a fan favourite for his nifty fielding, his efforts with the bat weren't too great. He didn't look bad though, playing one or two good shots, but just wasn't able to make the step up. What will happen between now and the series against Bangladesh in five months is anyone's guess, as he's not an ODI player. Out of 10: 4

The Warriors spinner played just the one game, in Cape Town, making his debut in the New Year and doing very well on a track that can be cruel to spinners. He doesn't look like much, not spinning it a whole lot, but it was enough to take three wickets in the first innings and a vital four in the second, collapsing the Windies and setting up the win. Out of 10: 7

Big Vern didn't have the best series, and will be disappointed with his returns. He didn't manage to take a single wicket in Cape Town, a shocking statistic considering previous efforts there, where he reduced sides to rubble. His best turn came in Centurion, where he ripped through the top order to ensure the Windies had to follow on. His batting was below par too, but he only batted twice. Out of 10: 5

The Phalaborwa Express had flurries of brilliance throughout the series, especially when the team really needed him. With the bat, he scored the fourth fastest fifty in Test history, off 26 balls in PE, which pushed the score above 400. But his best effort came in the second innings in Centurion, where he took six wickets in just 8.2 overs to ensure the first of many Windies collapses. In Cape Town, he and Harmer made sure to take eight Windies wickets in two hours on day four to set up the win. Out of 10: 8.5

The lanky paceman was not as in the news as Steyn, but was actually more consistent. he took the same number of wickets, but for fewer runs and at a better strike rate. While Steyn had an innings without a wicket, Morkel never had less than two in all three games. He was fast and accurate, and often softened the batsmen up for others to remove, and in Cape Town he triggered the late evening collapse. Out of 10: 9

The wicketkeeper batsman only played the first Test, after which he was ruled out with an ankle injury and is at risk of missing the World Cup. His 18 not out came off 15 balls and included two sixes. Out of 10: 6

The leg-spinner played just the one match, in PE, and was very expensive for 80 percent of his time in the middle. He only bowled two maidens in his 26 overs, poor given how slow the deck was. His three wickets came in a flurry and consisted of the tail, and he was promptly dropped for Cape Town. Harmer thanks him. Out of 10: 4

In sharp contrast to his debut, the Dolphins paceman did not have a great outing in this series. He played just the one Test, in Centurion, and took one wicket and 3.5 to the over. He was relegated to drinks carrier after that. Out of 10: 3.5

The all-rounder was by far their best player, which is not saying much given they collapsed all out four times, including a 131. He was by far the highest Windies run getter, making 268 runs, and bagging a ton and a fifty in the process. It was all in vain, with the ton made in that soggy draw, but at least he can claim a return to form ahead of the World Cup.

He took only six wickets in the series, but was still the best on his lot, and gave the Proteas a lot of trouble. His height gave him some nagging bounce, and the Proteas were bamboozled more than once. He alone delayed the inevitable on day five in Cape Town, sending down a string of maidens to force the hosts to dig deep.

For a batsman with such class, the veteran was not at his best on this tour. In previous years, he'd done well on South African soil, and it was expected to be the same this time, but he could only score 91 runs in five innings, averaging 18.20.