Home Countries Australia Retired McKay looks back on being dropped

Retired McKay looks back on being dropped 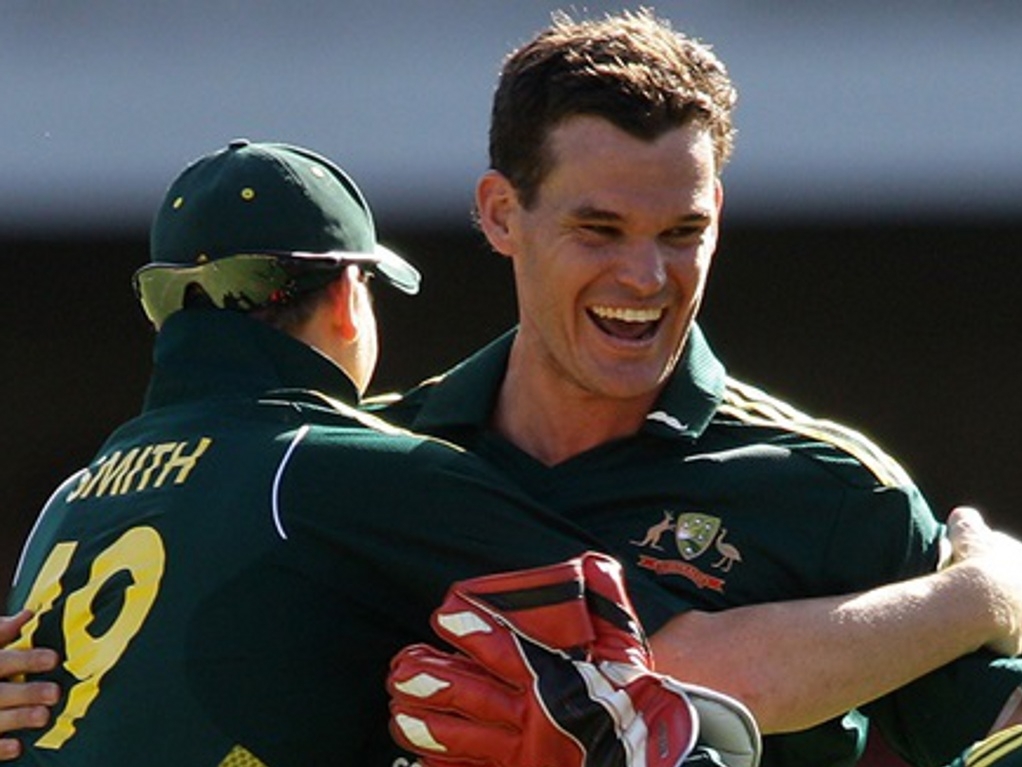 Former Australia fast bowler Clint McKay says he knew his international career was over when he was dropped from the ODI side in 2014, and that the strength of the bowling stocks never allowed him a road back.

McKay retired from international and first class cricket on Friday, and in discussing his career with the Cricket Australia website, said he was resigned to playing domestic cricket after his last ODI in January 2014.

He played 59 ODIs for the Aussies and averaged an impressive 24 with the ball, but a brief slump in form saw him dropped, and his place was quickly taken by younger bowlers like Mitchell Starc.

McKay said of being dropped: "Yeah it was difficult to take, but at the end of the day, that’s sometimes how things pan out.

"I didn't have a great series of India (in 2013) just before that and that was the beginning of the end (of my international career). I came back to Australia and had a good summer; I only played three games but I did quite well in two of those three games.

"It was a little disappointing to lose my spot, but it’s one of those things that it is what it is.

"The young generation coming through have got some superstars in the making. They were performing quite well and it was great for them to get their opportunity.

"It was disappointing that it came at my expense, but it’s just one of those things in the pressure of sport."

McKay added that he always felt pressure to perform and never felt sure of his place, because he was not express pace and was more of a variation bowler.

He added: "As I said, I've never been the fastest bowler going around, so I always felt that I was never cemented in my spot. Even when I won the ODI Player of the Year (in 2013), I still didn't feel that comfortable that I'd be picked week in and week out.

"There was always pressure to go out and do your best. I know everyone says that and everyone wants to do that when you go out and represent your country, but there’s always that little bit of pressure in the background.

"But the only pressure you have is the pressure you put on yourself. I knew I'd done all the work and done all the training in the past, so it was just about going out and doing my job consistently week in and week out that was going to give me the chance to play for Australia."