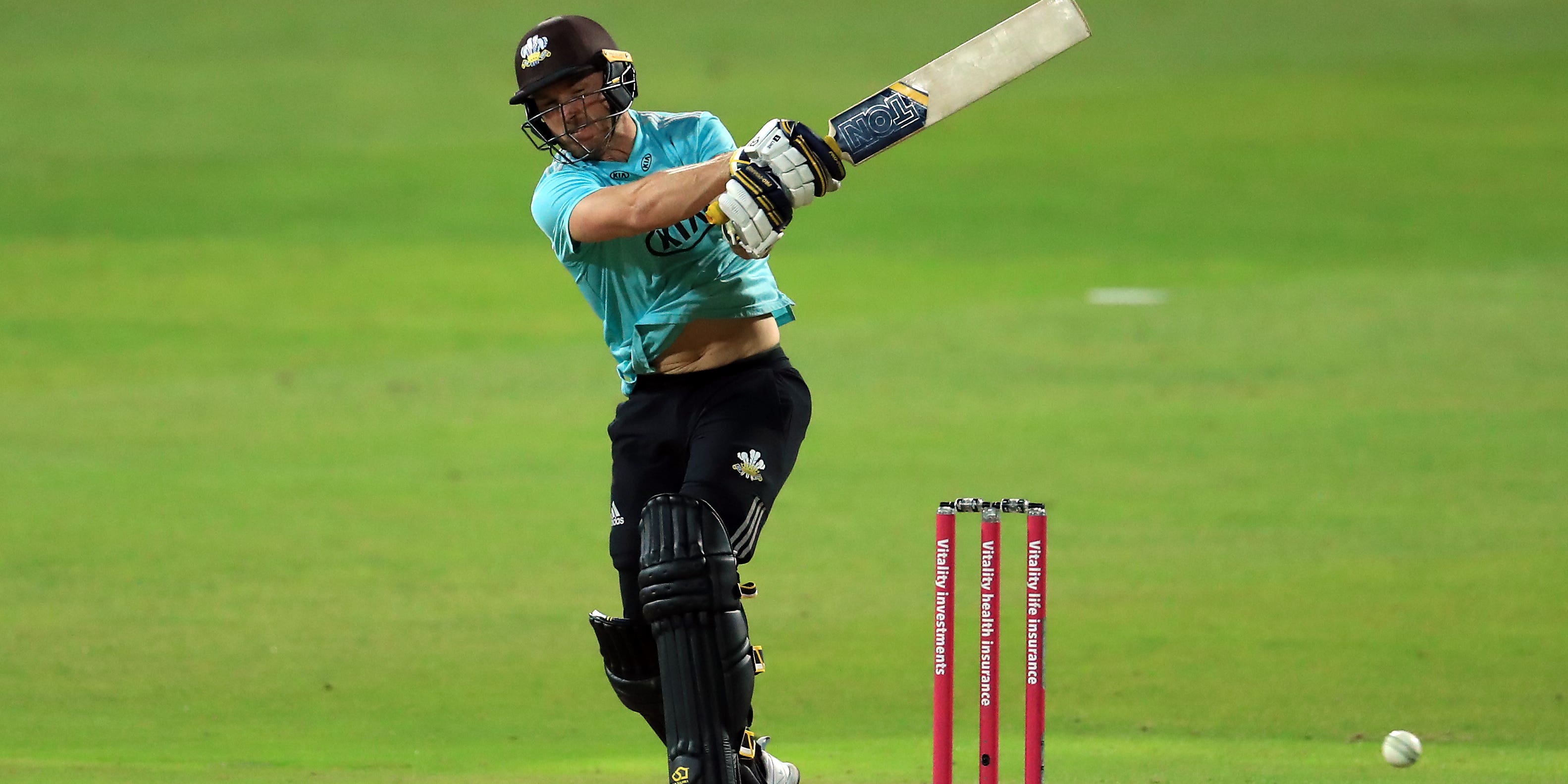 Surrey batsman Laurie Evans believes the return of fans for this year’s Vitality Blast can help bring the fun back to the sport after a tough 12 months.

The coronavirus pandemic meant virtually all of last season’s tournament was played behind closed doors, with only one match able to take place in front of a crowd, but another step towards normality occurred last week when spectators were at Lord’s to watch England face New Zealand in the first Test.

Around 6,500 people were present for each day, with the country now in stage three of the Government’s roadmap out of lockdown which has meant a small number of supporters have attended LV= Insurance County Championship matches since more rules were relaxed on May 17.

Evans was one of many cricketers who relished the return of a small crowd and cannot wait for more to come through the turnstiles for the start of the domestic Twenty20 season.

He told the PA news agency: “It made such a difference to hear the roar when you hit a boundary or took a wicket and it will be even better in T20 because you live off that adrenaline whilst you are out there, so I’m buzzing and excited for it to all come back.”

While the Vitality Blast gets under way on Wednesday, Surrey have to wait a day later before they visit London rivals Middlesex in a South Group opener at Lord’s where a 25 per cent capacity will be present.

Only one game in last season’s competition took place with a crowd and that was on the other side of the River Thames when Hampshire visited the Kia Oval on September 3 with around 2,500 spectators in attendance as part of the Government’s pilot test events at the time.

It proved a false dawn, with a rise in coronavirus cases further spelling the end of the fans’ anticipated return and it was not until last month when applause for a boundary or wicket could be heard in cricket grounds across the country.

Top-order batsman Evans added: “I listened to the Test match and heard about how Lord’s has changed a lot and it was great to hear a crowd. It is a London derby to start so that is always good and we’re looking forward to it.”

Runners-up to Nottinghamshire in a rain-affected final last October, Surrey – winners of the inaugural tournament in 2003 – are eager to end their long wait for more success in the sprint format.

A poor start to the 18th edition of the competition threatened to wreck their chances completely, but the return of fans for Hampshire’s visit inspired a maiden victory which proved the catalyst for a nine-game winning streak that took them to within touching distance of silverware.

“There is always that added bit of expectation because of everything that goes with playing for Surrey,” Evans explained.

“As a player you have to live up to it and I really enjoy that. I guess the other sides will have overseas players this time and maybe some who were in the extended England bubble last summer, so the standard will be better.

“It would be foolish to think we will waltz through the group stage and win nine on the bounce, so we need to build on what we did last year and start again almost.”

Evans initially returned to boyhood club Surrey on loan last summer before a permanent switch was finalised and he ended as their most prolific batsmen in the Vitality Blast with 363 runs at an average of 45.37 to help the county reach a first finals day in six years.

It was the beginning of a productive few months for the 33-year-old, who starred at the Lanka Premier League where he hit the first ever century of the tournament before he took part in the Abu Dhabi T10 League.

While privileged to play cricket during the pandemic, life on the franchise circuit was different compared to 2019 when he featured in T20 leagues in Bangladesh, Pakistan and the Caribbean.

“There are some real tough hurdles to get over when travelling,” Evans admitted. “Obviously we are very lucky we can do it but to be sat in your hotel room for up to two weeks is pretty grim, so it is tough.

“I think it’s wearing on players and their fatigue at times is showing. It sort of takes the fun out of it too because you don’t have the crowd and you can’t get outside to play golf or go for dinner. All these things mean the fun is being sucked out of it.

“It is a tough landscape at the minute and cricket is part of that, but also we are lucky to do it.”

The hours lost in quarantine feel a long time ago now with the sun out and the Vitality Blast on the horizon.

Currently all coronavirus restrictions will be lifted on June 21, the same day Surrey host Essex in a clash which could be witnessed by 25,000 fans.

“Hopefully by the 21st we’ll have a full house at the Kia Oval because players desperately need it and so does everyone. We’re slowly getting there,” Evans said.