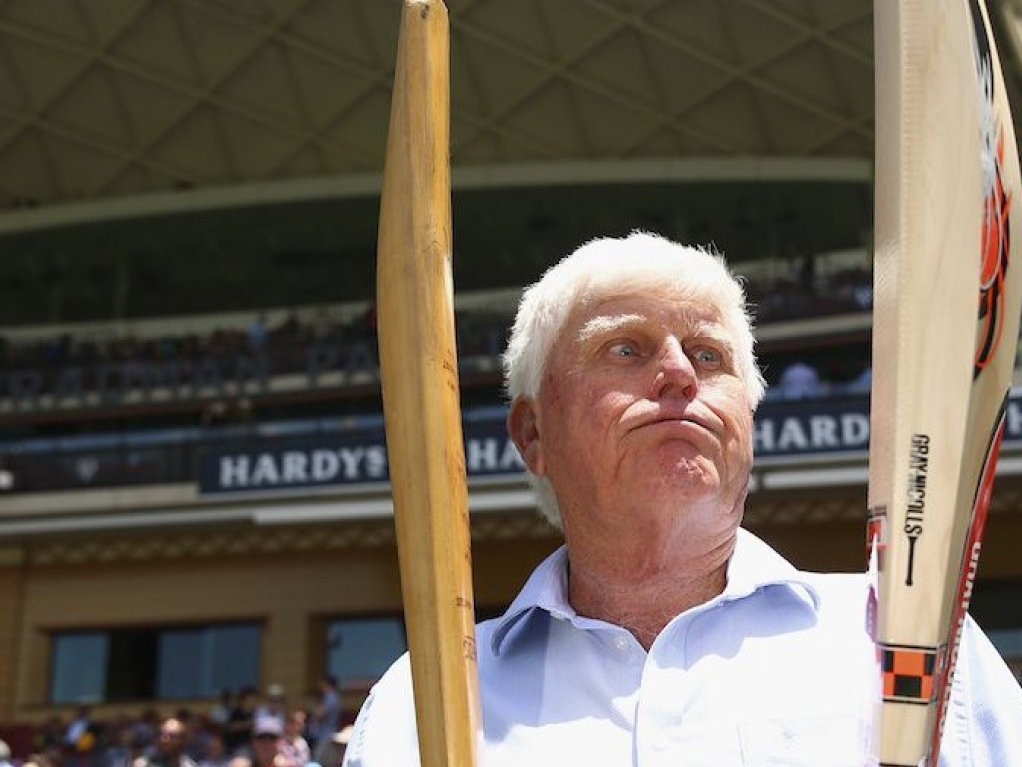 Former South Africa batsman Barry Richards has called on the cricket authorities to do something about the width of the bats used in the modern game.

Richards, who played four Tests in 1970 but was legend for South Australia and Hampshire in England, says the bigger bats are dangerous, saying it will not be to long before someone gets injured.

The now 70 year-old Richards said: "It's like [golfers] Bobby Jones and Bubba Watson. It's just unrecognisable as a weapon. The only thing that seems to be in common is they've got wood and they've got a grip.

"I have a problem with the injuries from the bats. I really think there's going to be some serious injury. The balls are just pinging off these bats so fast. I think they can get bigger and bigger until somebody gets injured.

"You can legislate because the MCC do the rules, how long the wicket is, how far the boundaries are and that sort of stuff, so they can legislate for the bat. There's no legislation for the width of the edges at the moment."