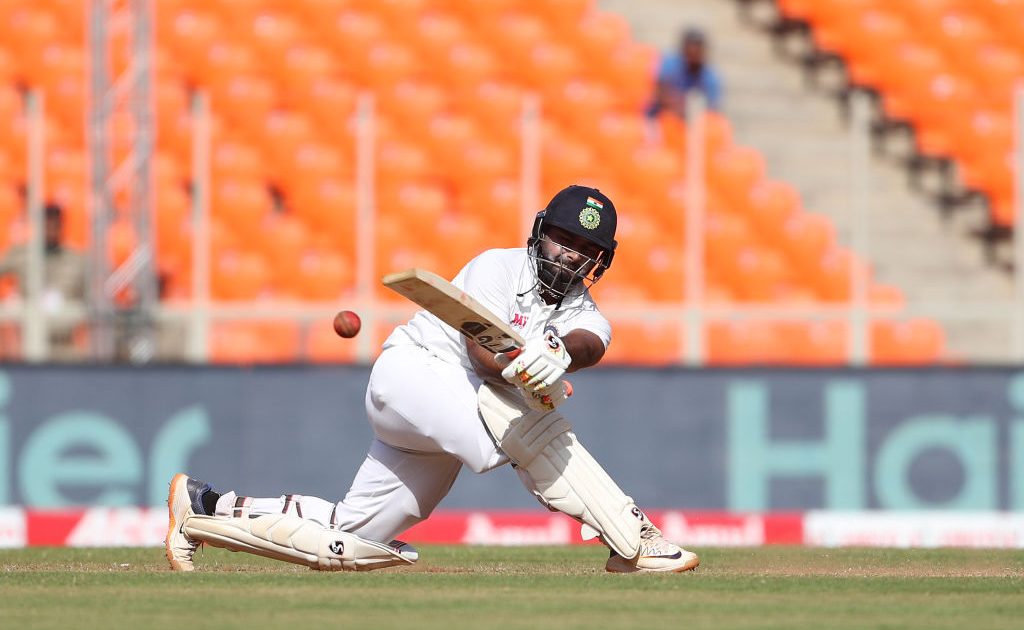 Rishabh Pant is now at a career-best seventh position after smashing a match-winning 101 in the fourth Test against England in Ahmedabad, which India won by an innings and 25 runs to clinch the series 3-1.

Pant has moved up seven slots and shares seventh place with compatriot Rohit Sharma, who has inched up one spot, and Henry Nicholls of New Zealand. Pant’s 747 rating points are the joint-15th highest by any India batsman, and the highest by a full-time Test wicketkeeper from his country.

Washington Sundar, who also played a crucial role in India’s passage to the final of the ICC World Test Championship, has gained 39 places and is in 62nd position, thanks to his 96 not out, but captain Virat Kohli and Cheteshwar Pujara had below-par series. Kohli is at his lowest points tally since November 2017 while Pujara is under 700 rating points for the first time since September 2016.

There was no surprise in the rankings reflecting kindly on spinners Ravichandran Ashwin and Axar Patel, who ripped through the England innings time and again during the series.

Ashwin, the player of the series, has leapfrogged New Zealand’s Neil Wagner to the second position among bowlers, the first time since August 2017, after finishing with eight wickets in the match.  He is also ranked fourth among all-rounders, now ahead of Shakib Al Hasan.

For England, Dan Lawrence has moved up 47 places to 93rd among batsmen with scores of 46 and 50 and James Anderson has moved up two places to fourth position after his haul of three for 44 in Ahmedabad.

Zimbabwe beat Afghanistan inside two days and captain Sean Williams’s knock of 105 in Abu Dhabi has helped him move up 24 places to 43rd. Sikandar Raza is another one to move up, a gain of eight places taking him up to 56th position.

Blessing Muzarabani reentered the rankings in a creditable 86th position after finishing with six wickets in the match while Victory Nyanchi (up 37 places to 57th) and Donald Tripano (up seven places to 77th) were other Zimbabwe bowlers to gain.

For Afghanistan, Ibrahim Zadran (up 24 places to 69th) and Hamza Kotak (up 33 places to 46th) gained in the men’s weekly ranking update, which included a T20I rankings update from the last three matches of the Australia-New Zealand series and the three-match West Indies-Sri Lanka series.

The ICC Men’s T20I Rankings saw Australia captain Aaron Finch move up to the second place from fourth after scoring 197 runs in the series, which was won 3-2 by New Zealand. Matthew Wade and Marcus Stoinis also moved up into the 90s in the rankings while left-arm spinner Ashton Agar progressed four places to fourth among bowlers after finishing with eight wickets in the series.

For New Zealand, Martin Guptill has gained three slots to reach the eighth position after topping the series with 218 runs while Devon Conway’s 192 runs helped him to 11th place with 192 runs.

The West Indies-Sri Lanka series, won 2-1 by hosts West Indies, saw Kieron Pollard, who smashed six sixes off an over from Akil Dananjaya in the first match, has moved up four places to 53rd  while Fabien Allen has moved up 44 places to 42nd. For Sri Lanka, Danushka Gunathilaka (up 15 places to 55th) among batsmen and Lakshan Sandakan (up nine places to 10th) have made notable gains.