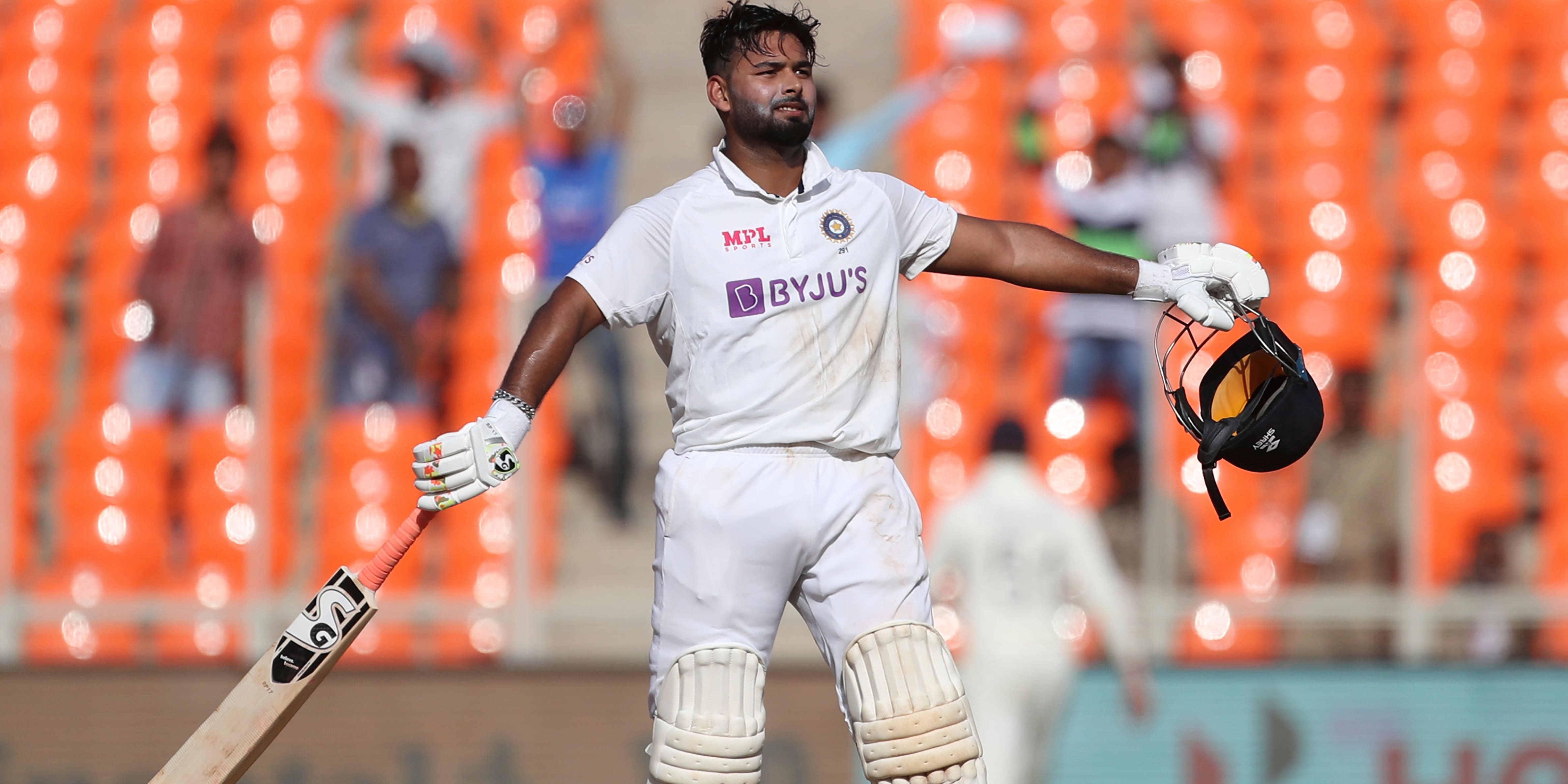 Ben Stokes put in a Herculean shift in the heat of Ahmedabad but a remarkable Rishabh Pant century and the folly of England’s imbalanced attack left India in full control after day two of the fourth Test.

Pant built to a brilliant 101 as he changed the complexion of the game, striking 13 boundaries and two sixes, with India’s closing 89 ahead on 294 for seven.

At tea it looked as though the unrelenting Stokes might have made the defining contribution, defying illness, stiffness and a muddled team selection to drag India back to 144 for five in response to his side’s modest 205 all out.

Flogging himself for 20 overs in near 40 degree heat he bounced out home captain Virat Kohli for a duck and removed in-form opener Rohit Sharma with a booming inswinger, holding down the fort for long, exhausting spells as the likes of Stuart Broad, Mark Wood and Olly Stone watched on from the sidelines.

But England had gambled on just three specialist bowlers, including one – Dom Bess – who turned up visibly shorn of confidence and unable to exert any control.

It was a costly decision, with Pant seizing the opportunity to cash in against an attack that was spreading itself painfully thin.

After taking the time to set himself carefully on the surface, he got his side to parity and then cut loose in the evening with an array of increasingly jaw-dropping shots.

In all likelihood it will go down as a match-winning innings, with his late assault on James Anderson – featuring a charge down the ground to his first delivery with the new ball and an impudent reverse paddle – destined to linger long in the memory.

With Washington Sundar making 60 not out, India took 141 from a chastening final session.

Things had been so different at the start of play, Anderson and Stokes locking down the scoreboard as England allowed just 16 runs in the first hour. Jack Leach applied the finishing touch to their work, going wicket-to-wicket at Cheteshwar Pujara, who played behind his front pad and fell lbw for 17.

Stokes, a peripheral presence with the ball in the first three Tests, had been moving through the gears after a change of ends and kicked up another notch when Kohli strode to the crease.

The pair were involved in a heated exchange during Stokes’ half-century on day one and it would have given him huge satisfaction to topple India’s premier batsman without score.

He hammered a short ball into the surface as it reared up and grazed the edge of an awkward defensive fend.

Anderson outclassed Ajinkya Rahane in the last over of the morning to leave the score 80 for four, but England waited another hour for the first success of the afternoon.

Bess was offered a seven-over spell but served up too many full-tosses and drag downs, doing little to dispel the notion that his confidence has taken a nosedive in recent weeks.

He finished wicketless for 56 and was probably flattered by that.

Stokes rejoined the fray and took just six balls to end Rohit’s handy innings of 49. Having held back the inswinger, he got his first attempt to veer in dramatically, bemusing the batsman and persuading the umpire to award a close lbw.

His aggression helped England grab another before tea, unnerving Ravichandran Ashwin with blows on the glove and shoulder before Leach had him softly caught at short mid-wicket.

England lost their way entirely in the final session, unable to shut down Pant, who had measured his run astutely. There was nothing flashy about his first 50 runs, but he and Sundar were moving a thinned out bowling unit into position.

With Bess struggling, Stokes flagging and Joe Root bowling more than he would have liked, they ticked off the 200 then moved into the lead and finally found themselves up against the second new ball.

England had invested all their hopes in the fresh SG ball but watched in despair as Pant ran at Anderson’s first delivery with it and cracked it hard and flat for four.

He slapped another boundary off the next, then joined his partner in milking 12 from Stokes, who was badly served by his eventual figures of two for 73.

Pant was not done yet, switching his grip and flipping Anderson over the wicketkeeper’s head to leave the 38-year-old shaking his head in disbelief. His hundred came in style, swatting Root for six over midwicket.

His celebrations were barely complete when he dragged the impressive Anderson to midwicket, giving the seamer his third wicket, having wholly altered the match situation.