Rogers: Being more defensive helps me 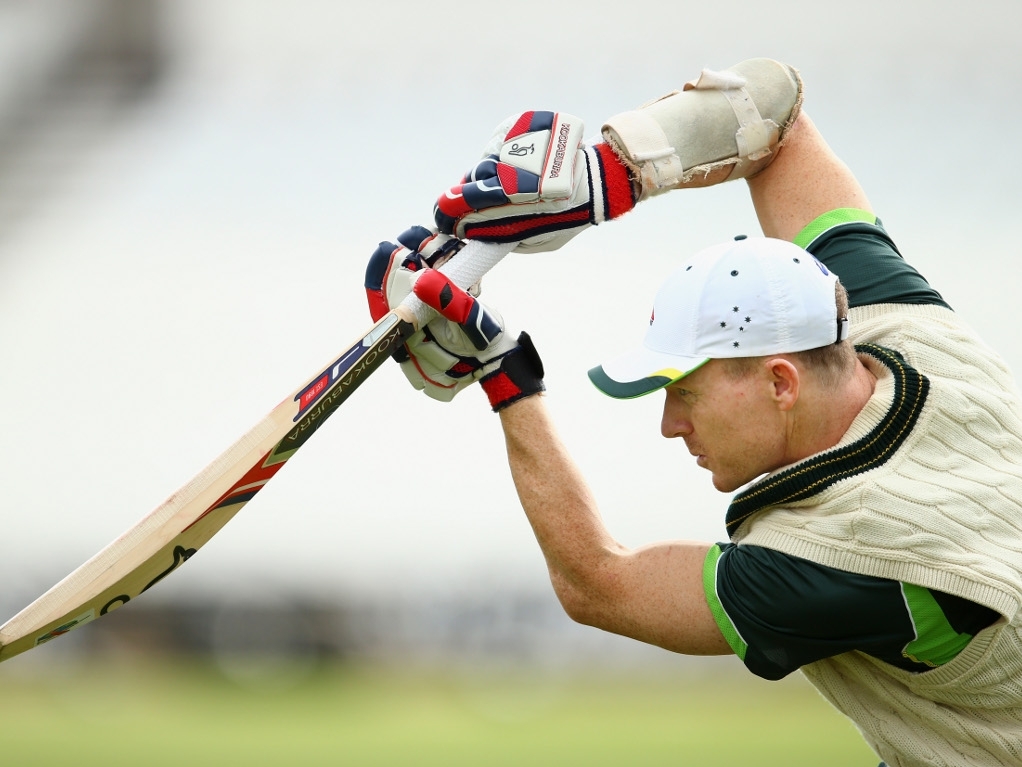 Australia opening batsman Chris Rogers has put his success in England, even in this topsy-turvy Ashes series, down to his ability to play more defensively than his team-mates, and his experience in the UK.

Rogers has the most experience playing in England than anyone else in his team, having played county cricket for years, and at Edgbaston he broke a random record: the mosts Test innings without a duck.

He scored six runs in the second innings, thus taking the string of non-ducks to 45, breaking a record that had stood since the 1950s. He says he's been able to do relatively well in this fast-paced series because of his experience.

Rogers said of the record on 6PR’s Sports Today: "That’s nice to know, I guess. It’s a bit of a weird one, but I'll take it."

When asked for the reasons for his long string of scores, especially against England, he said: "Probably just knowing the conditions over here quite well, having a lot of experience, even against these bowlers, as well.

"It’s been nice. Even the fact that it’s possibly my last series has spurred me on, so I've really wanted to go out on a good note.

"I probably don't have the range of shots a lot of the other guys do so I have to find other ways. Maybe it’s suited me over here with the ball moving so much.

"I don't think I've played in an English summer where the ball has really swung like it has (this summer), and I guess that’s forced me into even more of a defensive mode.

"That’s worked out well for me, and I think the guys are realising that as well – we obviously have to get better as a group because in the last game we definitely didn't get enough runs."

Rogers, who is now 37 and was thought to be retiring after the Ashes, says the door isn't totally closed on staying in the side, but would like to sign off on a high: "It’s a conversation I probably need to have after the series with the management and selectors.

"When I came into this I was probably looking at it as if it was going to be my last (series). I turn 38 this month so I'm not getting any younger, and I'm going to have to hang them up at some stage.

"I think the fact that this is an Ashes summer has really given me that flame; I've desperately wanted to do well.

"Whether it be the same (against) the likes of Bangladesh – no disrespect to them but they're probably not the big, iconic series that the Ashes are.

"People have said to me, ‘You're a long time retired’ but I've had a pretty long career, too, so you just have to weigh it up."