Home Countries Australia Rogers confirms he will retire after The Oval

Rogers confirms he will retire after The Oval 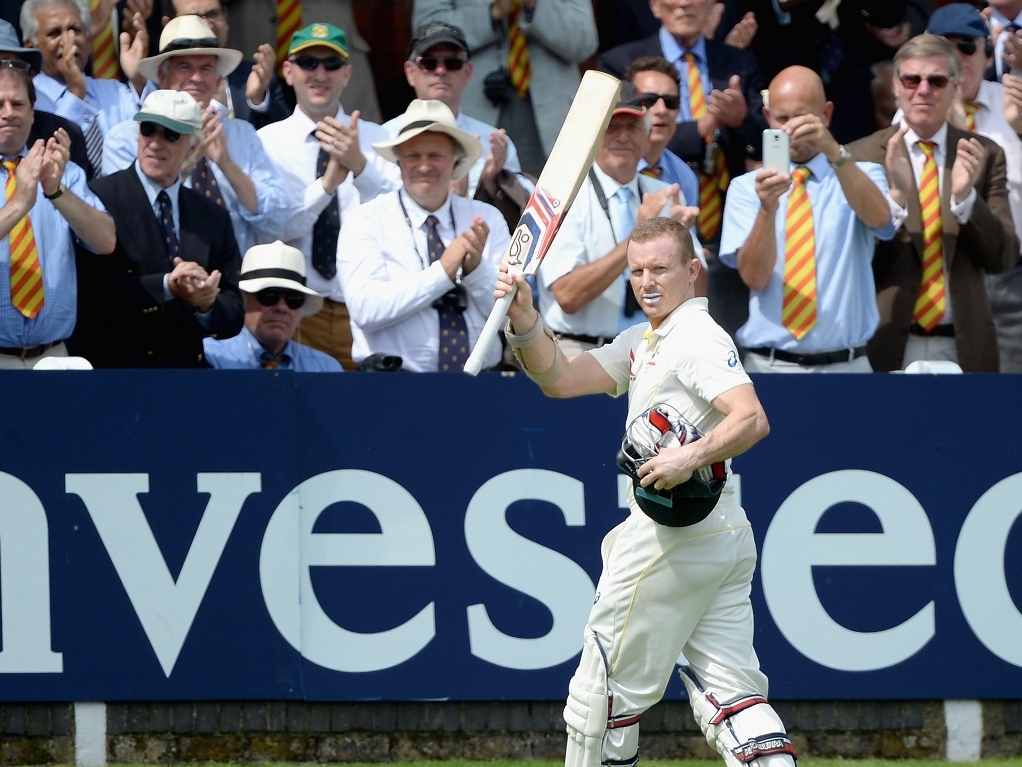 Australia will say goodbye not only to skipper Michael Clarke in the fifth Ashes Test, but also opener Chris Rogers, who has confirmed he will be retiring from international cricket after The Oval.

Rogers will play his 25th Test this week, and at nearly 38, he feels the time has come to hand up his spikes, especially after being hit on the head by bouncers more than once this year.

He will leave the team as one of the more in-form players, and despite considering prolonging his career, he's decided to stick to his pre-Ashes decision to retire. He is Australia's leading run scorer in this series, and second overall behind Joe Root.

Rogers said on Tuesday: "I have had an amazing couple of years playing for Australia and enjoyed it and been part of some pretty special things, but everything comes to an end.

"You are never 100 per cent sure, but I felt like this (Test starting at The Oval on Thursday) was the last one.

"There's been a few things, particularly the head issues lately, so I am quite happy to call it a day.

"It's time for Australian cricket to make a few changes and bring in a few new guys, a few fresh faces.

"It's going to be a challenging time, particularly for the new guys but that's part of it."

Rogers, who is famous for having played all but one of his Tests after the age of 35, feels that despite the calls for Australia to look to younger players, it would be a mistake to discount veterans like himself.

He continued: "I think you never stop learning. I look back to when I was my mid-20s, and I still had so much to learn about my game.

"That's not to say I couldn't play at that age, but I have only got better over time.

"It's wrong to discount those guys who are getting better. I look at 'Maxy' (Michael) Klinger and I think he is one guy who looks like he is still learning the game and wanting to get better.

"Greg Chappell said to me a few months back that he was wrong about me, and I was quite proud of that.

"I think a few people had a certain impression of me, particularly with my age, and to be able to change that was quite satisfying."