Rogers ready to play at Edgabston 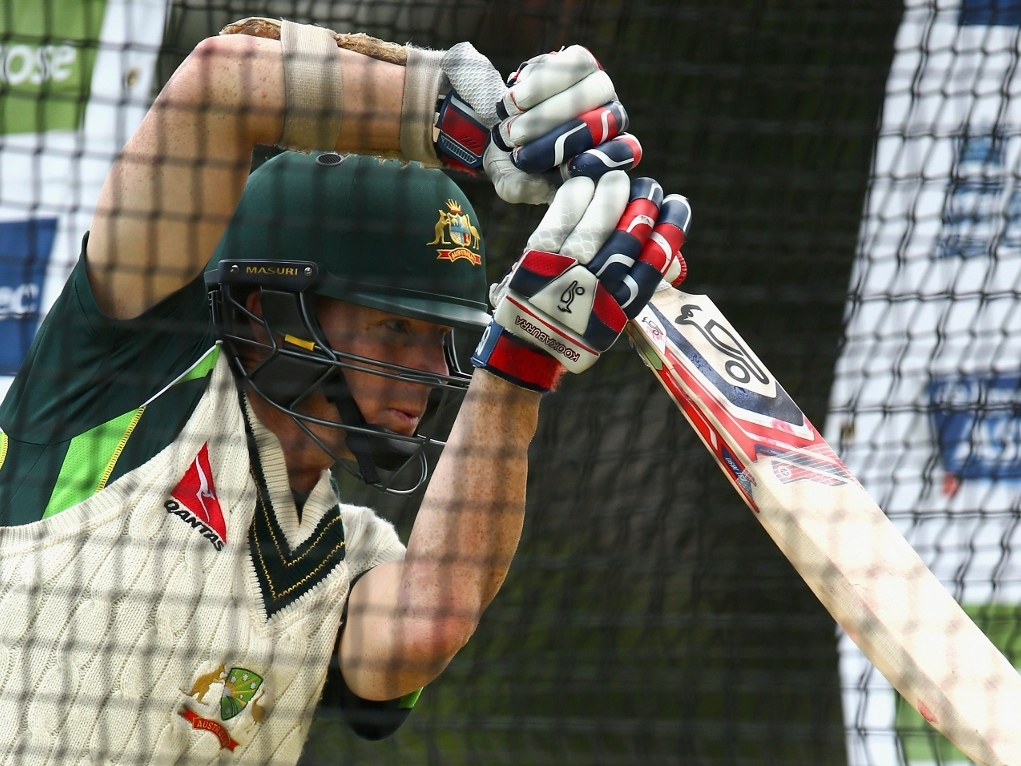 Australia opener Chris Rogers says he has recovered fully from his inner ear affliction and is fit to play in the third Ashes Test in Birmingham, as long as the doctors give him the all-clear.

Rogers was struck behind the ear by a James Anderson bouncer at Lord's, and had to retire hurt when a dizzy spell made him think the pavilion was swaying, and he had to sit down on the pitch.

Many a medical test later, a brain injury, such as concussion, or worse, was ruled out, and an inner ear injury diagnosed. after resting for a few days, and not playing in Derby, he says he's fine to take his place on Wednesday.

Rogers said: "I was probably a little bit dubious and initially after the Test I thought it might be a little bit difficult, but I felt pretty good over the last few days and see no reason at the moment not to play.

"It just looked like it [the pavilion] was going from left to right and almost like my eyes were jumping. A really bizarre sensation and kind of scary. I wouldn't have been able to continue, that's why I went off.

"It was a really weird sensation. I've never had it before and I must admit for the first few days I thought there was something seriously wrong. But after all the tests and seeing the specialists, they cleared me of any serious damage. That was really good news.

"It's still a bit of a day by day basis but so far, so good. I'm pretty positive and desperately want to be a part of this. But I know full well that I've got to look after myself first and foremost.

"If I declare myself fit and the medical staff declare me fit then I will be right to play."

Rogers added that he would probably have retired immediately if the problem had been brain-related, given his recent concussion in the West Indies, and was worried he'd not get to play out his last series before hanging up his spikes.

He added: "If it was concussion I would have definitely thought about maybe that was it. But speaking to that specialists they ruled that out and said it was just a completely different injury, so that helped. I'm aware that I've copped another one, but that happens.

"If anything I probably wasn't expecting it that ball, it was the first ball of the day and I thought I might get a nice little cover drive or something first up, but he really surprised me. I've got to be aware of these things.

"To have those kinds of sensations is a little bit bizarre. Getting hit in the head it's always a worry, particularly at this stage of my career, but it's part and parcel of what I do.

"The hardest thing to know is fatigue, in training sessions you can push yourself quite hard, but fatigue's going to be an interesting one. That's a little bit of a concern, but at this stage everything seems pretty good."

If Rogers is, on the off chance, not picked to play, then Shaun Marsh will opening the batting alongside David Warner.