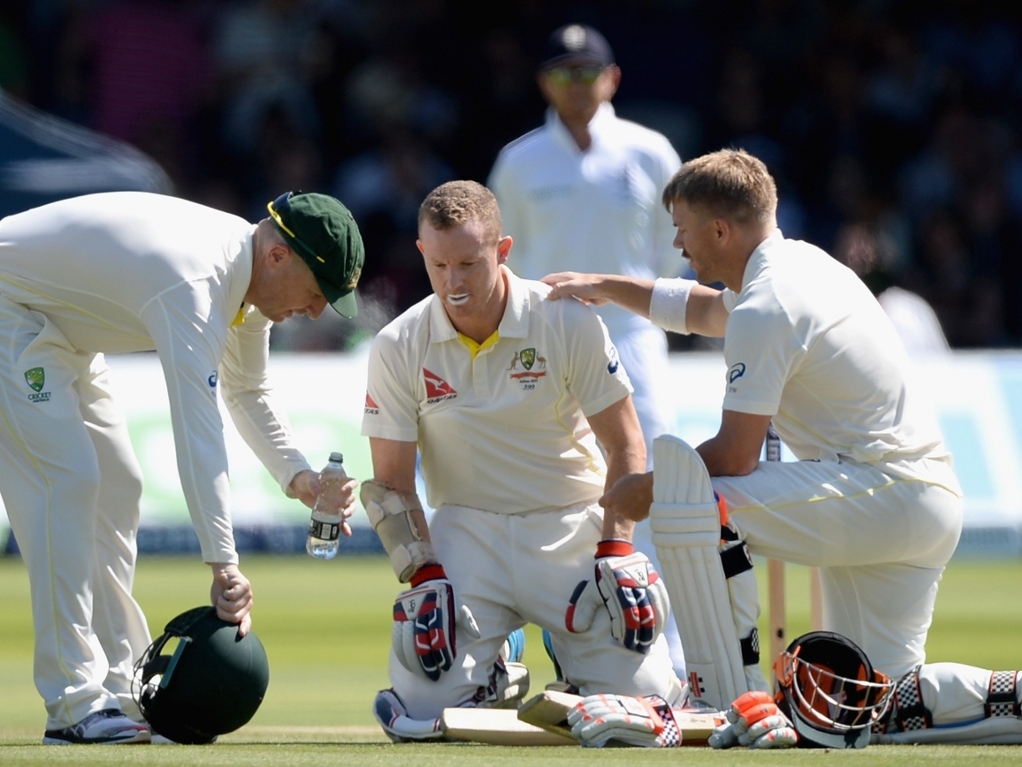 Australia opening batsman Chris Rogers will undergo further medical tests this week to figure out why he suffered a dizzy spell while batting at Lord's, with initial reports saying he had an ear problem.

An inner ear issue affects balance, and Rogers was struck on the head in the West Indies and again at Lord's. He was forced to retire hurt in the second innings, after stumbling and being forced to sit on the pitch.

"As a precaution he'll be reviewed by the specialist in London again on Wednesday before rejoining the touring party."

Rogers' opening partner David Warner described what it was like to be in the middle with his team-mate when he felt poorly.

WArner said on the CA website: "I came down the wicket and I had to look twice, because I didn't really know what was going on.

"He actually said to me 'the grandstand is moving' and I said 'No, it's not'.

"I was worried, and so was he. I had no idea what was going on. He said 'I don't know what's happening here', and I said to him 'Just sit down'."