Rohit enjoys opening up with Dhawan 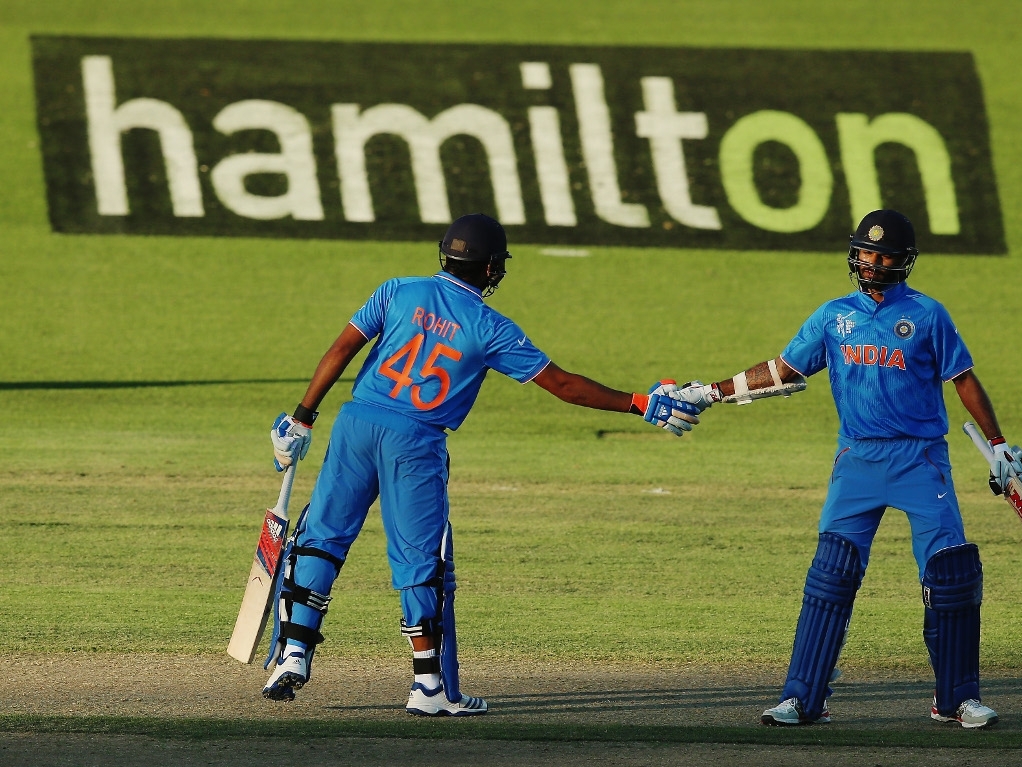 Although he has had to play second fiddle to Shikhar Dhawan, India's opening batsman Rohit Sharma says he is enjoying batting with his opening partner at the World Cup, which is currently underway in Australia and New Zealand.

Rohit has so far scored two half-centuries in five matches at the global tournament, but he has been over-shadowed by Dhawan who has struck two centuries and one fifty so far.

In their last match, against Ireland, the pair put on 174 for the first wicket to set India on their way to achieving their target of 260.

Rohit told the official BCCI website: "It has been a great journey for me and Shikhar since the time we have started opening together. We both have good memories of the ICC Champions Trophy as well. We did have a rough patch in between but we knew we could always strike back.

"We, as openers, have a responsibility of laying the perfect platform for the middle order to come and bat the way they want to. I am glad we have been able to give the starts that the team wants from us thus far and it is important that we continue this phase in the coming games."

India, who have already cemented top spot in Group B of the tournament, play Zimbabwe in their final Pool match on Saturday in Auckland.