Home News Rohit: I could have batted all night

Rohit: I could have batted all night 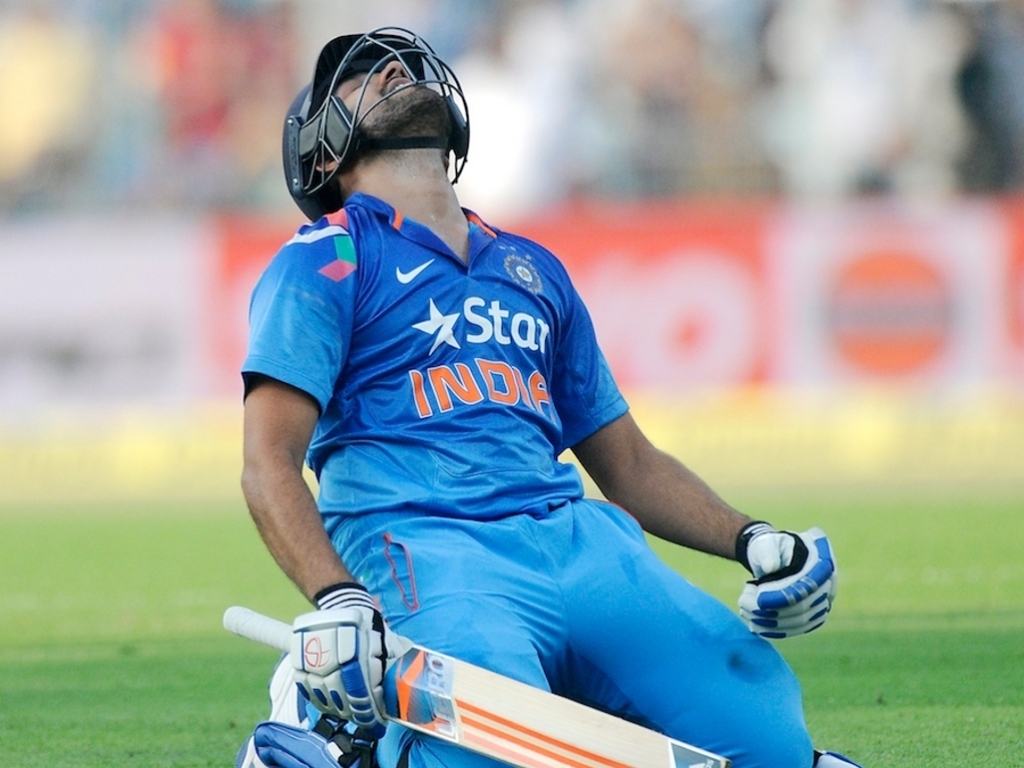 India opener Rohit Sharma was understandably over the moon with his record-smashing innings in the fourth ODi against Sri Lanka, saying he could have kept going if given more overs.

Rohit scored 264 in Kolkata, smashing the previous ODI record of 219 by Virender Sehwag, and becoming the only player to have two ODI double tons. After a slow start, where his 50 came off 70-odd runs, he accelerated to push the score to 404.

Rohit, who had been out with a broken finger, said jokingly: "After a few months' break, so I'm not really tired, I was ready to bat another 50 overs.

"But yeah, jokes apart, I was determined and dedicated to getting a big one. Once I got to fifty, I knew that I had to convert, because it was a good batting wicket.

"The scores here, even 300-350, are easily chaseable. We wanted to get a big score and that made me stay there as long as possible.

"The initial part, the first 10-15 overs were not easy. Coming back from an injury, playing after two months, I was feeling a little out of place.

"The free-flowing strokes were not coming as naturally as it comes to me, but I wanted to get stuck in the middle and that required a lot of dedication and determination.

"I kept telling myself that no matter what, how many balls I play, I need to stay there because I know I can [make up the scoring rate] any time. That was the idea.

"Luckily the quickfire 30 [28 off 24] from Ajinkya Rahane helped me to settle down. It helped me take my time, because after an injury coming and giving it away was not the idea. I just wanted to make it count."

He was asked if he knew he'd broken the record, and said he wasn't paying attention to the scoreboard: "I knew he got 219 because when I scored 209 the last time, someone said I had missed the world record by 10 runs.

"But while batting I was not looking at that, which is why you must have seen on TV also, I was a little surprised when I saw my team-mates standing and giving me an ovation from the dressing room.

"I was a little surprised as to what happened, but then I realised I must have surpassed the 219."