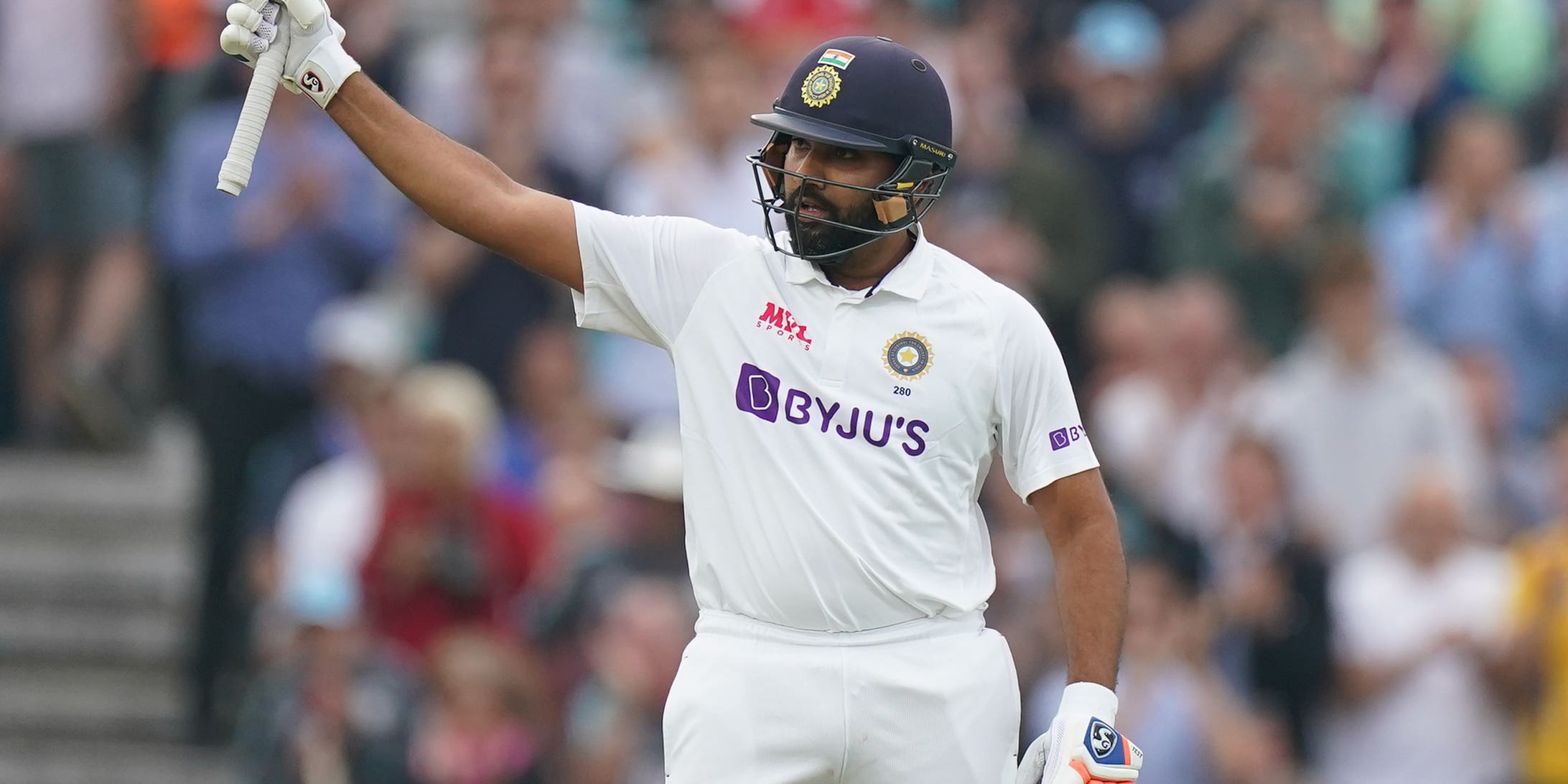 Rohit Sharma produced a wonderful, long-awaited century as India left England up against it on day three of the fourth LV= Insurance Test.

Prior to this innings, all seven of Rohit’s Test centuries had come in home conditions but he finally conjured a crowning achievement overseas as he anchored a superb comeback.

When he opened the innings on the second evening, his side were 99 behind but when he walked off for tea at 103 not out they were an even hundred in front on 199 for one.

Rory Burns would have felt every run like a dagger having dropped Rohit in the slips on four and 31, but he cannot bear the sole burden for England’s inability to take more than one wicket in two full sessions.

KL Rahul was the man to go, feathering James Anderson behind for 46 despite his own apparent refusal to believe he had nicked it, with Cheteshwar Pujara picking up the baton on 48no.

Both teams performed well in an enjoyable tussle of a morning session, India turning a 56-run overnight deficit into a nine-run lead and England probably unfortunate to pick up the solitary scalp of Rahul.

They bowled well for long periods despite modest amounts of swing and seam, with Chris Woakes particularly challenging. When he saw a rare drag down to Rahul disappear for six over fine-leg, the very next delivery won him an lbw decision which was struck down on review.

When Ollie Robinson finally generated a chance, squaring up Rohit slightly and earning a thick edge, it went begging. It would have been a simple catch at third slip, but without one Burns was forced to leap one-handed and parried the ball. It was England’s sixth drop of the game.

Anderson eventually gave something to show for their hard work, returning for a second spell and racing off in celebration after going past Rahul’s outside edge. Umpire Alex Wharf was unmoved and Rahul himself appeared to suggest any sound had been bat to pad, but the technology went in Anderson’s favour with a tell-tale spike on UltraEdge.

Rohit had been quiet, starting with a sweet on-drive in the first over of the day, adding just 25 runs in the session to sit on 47 at the break. The afternoon play saw India, and Rohit make their move.

Having reached his half-century in 145 balls, Rohit needed only 59 more to convert. He did much of his best work off Moeen Ali’s spin, slapping him uppishly through the offside before stooping into a couple of hard-hit sweeps.

He eased through the nineties with two scoring shots, whipping Anderson from outside off to the mid-wicket ropes then giving into the temptation to reach his ton with a maximum. England had stationed catchers in the deep for just such an occasion, but when he took a step and swung hungrily at Moeen he made sure to deposit the ball in the stands.

Pujara had been a perfect foil, shaking off his careful reputation as he scored at a breezy rate. He found Craig Overton to be easy pickings, making sport of anything short and wide. Buoyed by that, he even brought out an uppercut against Woakes and guided it deftly over the cordon.

Root wasted a review on a spurious bat-pad appeal, having earlier lost another trying to prise Rohit out lbw offering no shot. England ended the session short on ideas, low on energy and in danger of slipping deep into a hole.