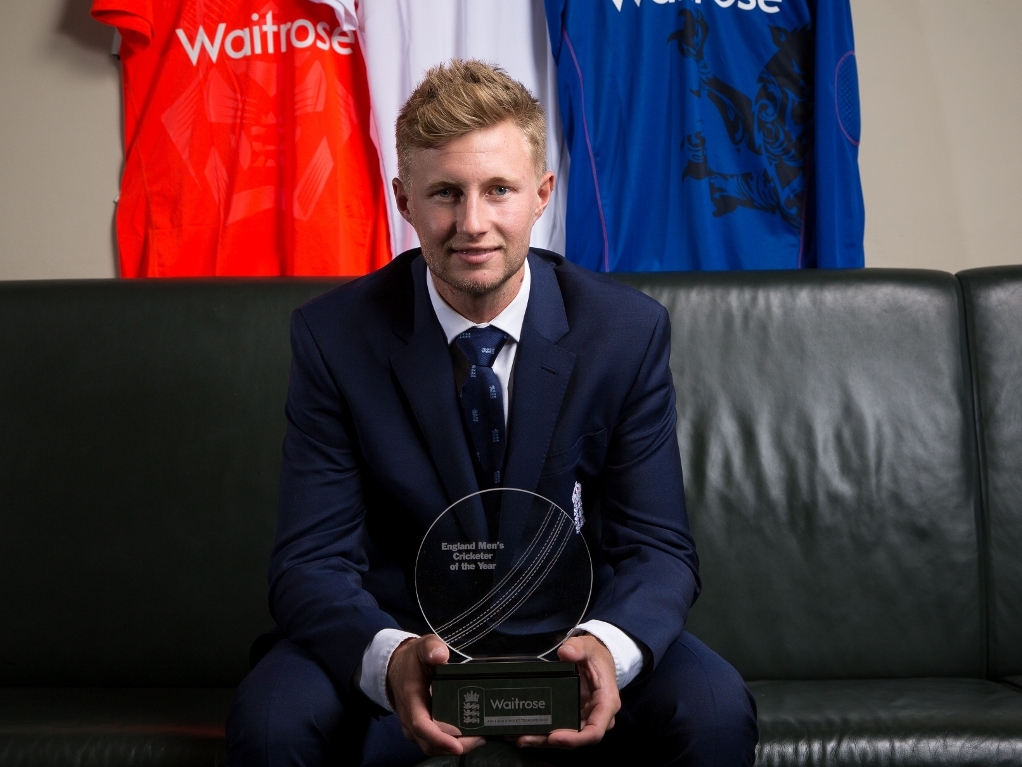 England batsman Joe Root has been named England men's Cricketer of the Year at the ECB's annual awards function, and he paid credit to former England coach Peter Moores, who he says helped him reach his best form over the past year.

While England cricket in general has had a dismal 18 months, Root has been the shining light, averaging nearly 95 in Tests and struck three centuries in ODIs across the judging period. Moores was sacked after the series draw in the West Indies.

Root said after accepting the gong: "I think my game has improved drastically really and a lot of credit for that has to go to Peter Moores. Over the past year he has definitely got the best out of me along with the rest of the coaching department.

"I think when I came back from Australia I realized that a lot of the time out there I was trying to work on things I wasn't too good at and putting all my energy into that rather than spending more time strengthening the stuff I am good at.

"Obviously I could still try to tweak things I can improve on, but I just needed to make sure I did more of what I could do well so I didn't lose those. Peter saw that. And I simplified things as well, it was a combination of things I needed to change.

"I think I was so desperate to do well that I ended up hindering myself. It was a change of approach I made there and I want to keep on improving and developing.

"He was good to work with, a brilliant coach, he knew how to get the best out of me personally and I really hope he goes on to do other great jobs within the game."