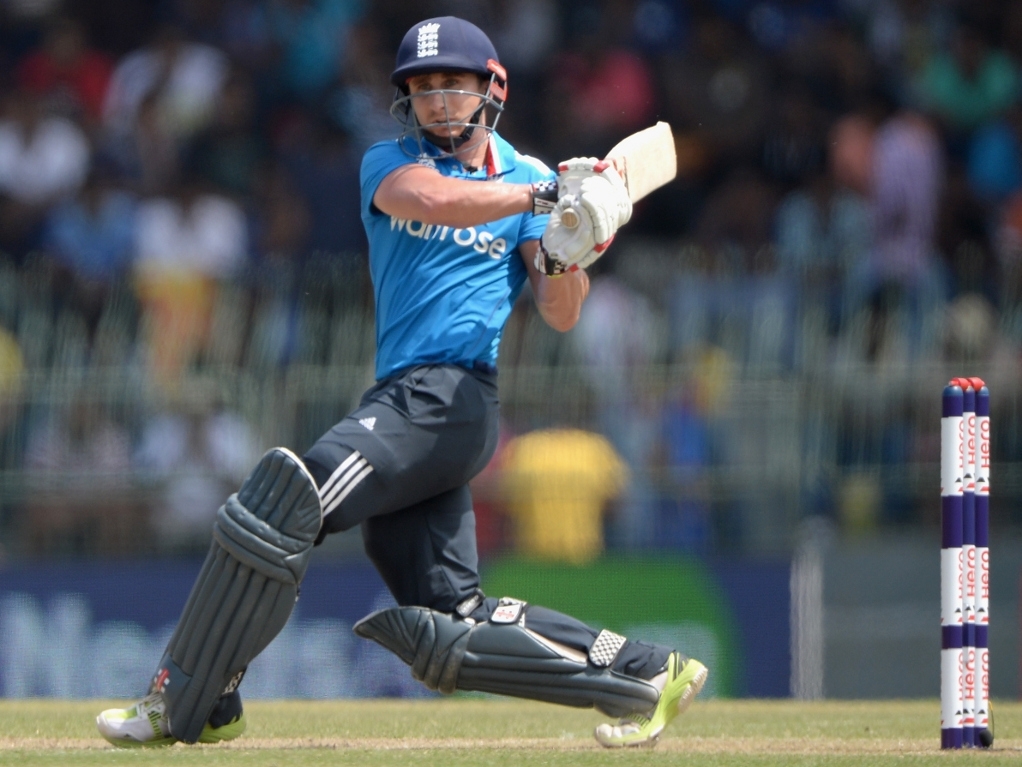 Joe Root praised his batting partner James Taylor for his fearless performance during the 104-run third-wicket partnership that set up England's five-wicket victory in Pallekelle on Thursday.

Chasing 240 on the reserve day after rain wiped out any hope of a second innings on Wednesday, Root and Taylor combined superbly to help steer England to victory after the early losses of Moeen Ali and Alastair Cook.

Taylor is still very early in his ODI career, but he made 90 in Colombo in only his third start and now has another 70 to his name.

"It's great to see him (Taylor) come in and play like that, he's done it in domestic cricket for a long time now and for him to come into international cricket and do that, it's really refreshing," Root told Sky Sports 2.

"We have good fun out there and enjoy each other's company.

"We knew it wasn't a huge score but it was quite a tricky one because of the wicket so we tried to make sure we rotated well, without using up too many dot balls and, if we had the boundary option, to take it.

"We had no fear of losing our wicket and took the small totals of 10 runs at a time to do it progressively, just like that."

Root was there till the end, finishing unbeaten on 104, and was understandably pleased with his own performance as well.

"We spoke all week how we wanted guys to go in and get big scores and be there at the end, so it's nice to be there myself," he added.

Skipper Cook made just 20 before being trapped in front by Sachithra Senanayake, who earlier bowled Moeen for four, and was grateful that Taylor was able to step up and do the job required of him.

"He's obviously done fantastically well – a 90 and a 70 – and he's played in exactly the same way on two difficult wickets, so full credit to James for coming in and taking his chance like that," said Cook.

"It was a fantastic couple of days.

"I thought the way Chris Woakes and the guys bowled yesterday was fantastic and obviously Kumar (Sangakkara) played a fantastic knock (the former Sri Lanka captain ran up 91 on Wednesday).
"The highest compliment I can pay to Rooty is that he was in the same class as him (Sangakkara), so it was a brilliant knock.

"Now the series is at 3-2 (to Sri Lanka, with two to play) and very much alive so we can't wait to come back here in a couple of days' time."