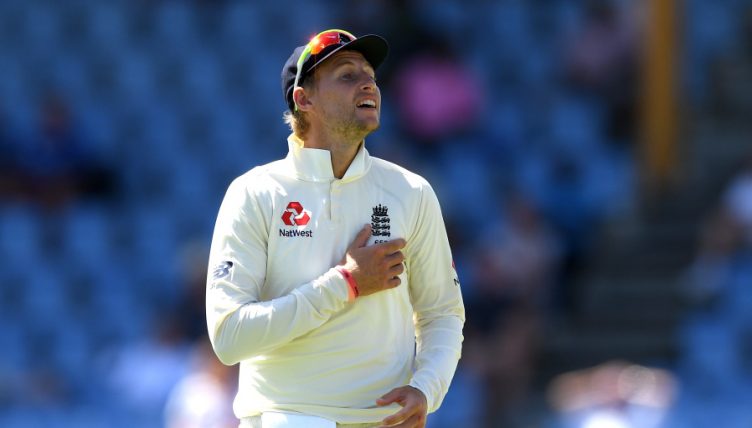 After yesterday, it was always a question of when rather than if England would secure a consolation win. And an early declaration from Joe Root and three-wicket burst with the new ball from James Anderson meant that ‘when’ was always likely to be today.

As such, the major talking point was something that happened yesterday. More than Root’s hundred, more than a win which for all the doom and gloom is a ninth in the last 12 Tests, his calling out of Shannon Gabriel’s apparent homophobic remark feels like a hugely significant moment.

It’s no exaggeration to call it a defining moment in Root’s career. Those 12 words – “Don’t use it as an insult. There’s nothing wrong with being gay” – will resonate for a long time.

You can have all the inclusivity programmes you like, but there’s nothing to match the power and honesty of that heartfelt, individual response in the moment. Root did what he did not because someone demanded it of him but because it was the right thing to do.

Everything about it was perfect. Beyond the obvious correctness of what Root said, it was also delivered in measured tones. Root did not seek confrontation, but nor did he shrink from saying what needed to be said. It perhaps speaks to our low expectations of sport and sportsmen as human beings that Root doing nothing more nor less than the correct and decent thing feels so seismic, but this is where we are.

Some have criticised his post-play reserve yesterday when he stopped short of detailing precisely what Gabriel did or did not say. Again, for me, he played it perfectly. He hasn’t sought to put half a story out there, and it’s not his place to put the whole incident out there; that is now a job for the officials, with the ICC confirming that, contrary to last night’s initial reports, Gabriel will face a code of conduct charge.

Shannon Gabriel has been charged with a breach Article 2.13 of the ICC Code of Conduct. The charge, which was laid by match umpires, will now be dealt with by Match Referee Jeff Crowe. Until the proceedings have concluded, the ICC will not comment further. @ICC

Had Root gone about this the other way, saying nothing at the moment and then speaking about it after play, he would have been far more open to criticism for using the incident for gain rather than to make a stand.

Less important but far from meaningless is the fact that this is the start of a year when the ECB absolutely must get cricket front and centre. If the World Cup and Ashes don’t do it, nothing will. And Root’s comment has given him and England the kind of cut-through beyond the narrow world of cricket and sport that can normally only be achieved by appearing on TV dancing shows.

Back to today’s action, such as it was, and with a few showers in the forecast Root decided the most prudent thing to do was to get bowling as soon as possible. His decision was instantly rewarded by Anderson with the new ball.

Anderson, 36 years old and with more Test wickets than any other seam bowler in history, had taken the rare opportunity provided by a competent batting day not to get his feet up but to get in the nets with Chris Silverwood and tweak the run-up he has used since he was 15 years old.

It’s a remarkable testament to Anderson’s ongoing quest for self-improvement and excellence that he is still willing to put that kind of work in. England have made a royal mess of this series but in its dog days two senior players have set an astonishingly good example in two very different ways.

Anderson’s tweaked run-up, designed to avoid any repeat of the rare no-ball he bowled in a wicketless first innings and his constant problems with encroaching on the danger zone in his follow-through, drew almost instant reward.

With victory or an even unlikelier draw a distant prospect for a West Indies side a man down and already sure of victory it’s perhaps no surprise that the application that has marked their batting in the first two Tests was absent here. Anderson is not a bowler you can take such liberties with.

He could have had Kraigg Brathwaite with his first ball, a loose waft outside off stump sending the ball in the gap between slips and gully for four. Anderson would not have to wait long, though, John Campbell driving on the up with a stiff front leg to be superbly caught one-handed by a flying Moeen Ali at a fine gully.

Brathwaite and Darren Bravo also had their edges found by the old master, who has once again made a mockery of those who feared his first-innings struggles might finally be the first signs of a terminal decline that you genuinely start to think may never come. When the insects die out and earth’s ecosystems terminally malfunction, Anderson will still be taking 50 Test wickets a year at 22 apiece.

This was not a perfect day for England. Several catches went down – including another shocker for Jos Buttler in the slips – and while Mark Wood bowled perfectly well he was back to his 87mph mean after the giddy thrill of his 95mph rockets from two days ago.

But a very bad tour has ended on a very good note for England.